An ancient temple of Jakhoo Temple is dedicated to Hindu deity Lord Hanuman. The temple is located on Jakhoo Hill, at the height of 8,000 ft in Sila, Himachal Pradesh. It is the highest peak of Shimla which offers a splendid view of the Shivalik Ranges and Sanjauli town. The temple houses 108 ft tall idol of Lord Hanuman, which is a prime attraction in Shimla. Jakhoo temple can be accessed by foot (a steep climb) or from Ridge (path behind the church) or devotees can hire a pony/horse and taxis. 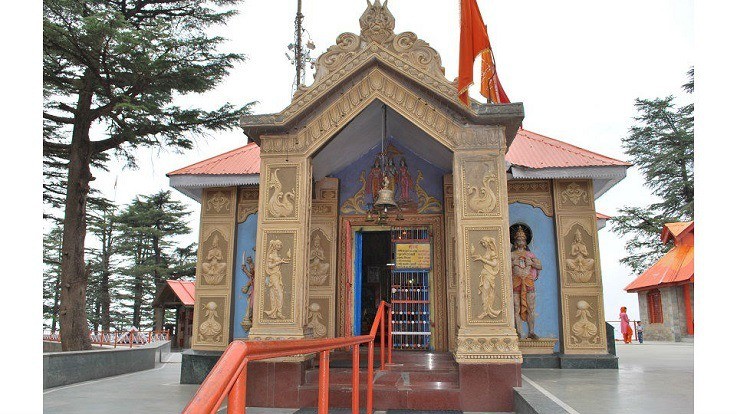 Jakhu Temple is believed to be in existence since the Ramayana era. Nestled amidst the thick forests of Jakhu hills, the temple derives its name from the Hindi word Yakhsa who are the mythological characters in Hindu mythology. They are believed to be a link between humans and Gods. According to the legend, Lord Hanuman met a sage, Yaaku on this mountain who briefed him about the medicinal herb. Yaaku sage was the one who accredited the temple construction.

Jakhoo Hanuman temple was built when Lord Hanuman visited Jakhu Hill, during the battle between Lord Ram and Ravana. When Lakshman, the younger brother of Ram, was critically injured during the battle, a priest said that he required a medicinal herb named Sanjeevani from the Himalayas to cure Lakshmana. It was the only medicinal herb which could have saved the life of Lakshman. Hanuman came to the Himalayas, but got confused as he couldn’t distinguish the Ssanjeevani herb. Hence, he dug up the entire mountain and flew back to the battlefield. After Lakshmana was revived, Hanuman went back to the same site to place the mountain as it is. He rested on top of the Jakhu hill for a while. It is believed that the top of the Jakhoo hill got flattened due to the weight of Hanuman. Jakhoo temple has been built around the place which has the footprints of Lord Hanuman. It is a highly sacred place of Shimla and devotees throng in large numbers to worship. There are hundreds of monkeys in and around the temple, who have made this temple their habitat. Monkeys flock here in great numbers and accept eatables that are given to them by devotees. 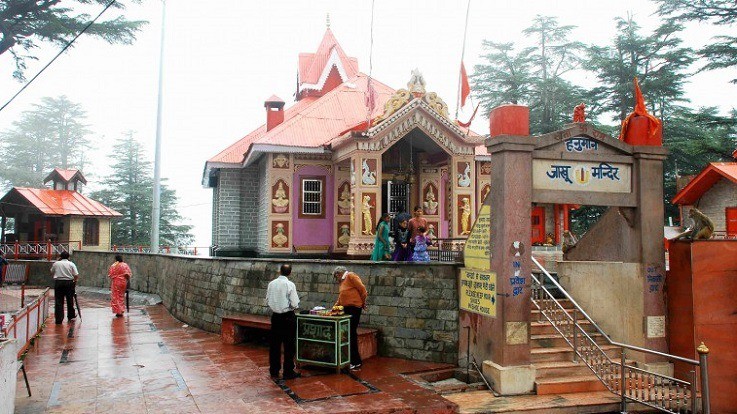 The festivals of Hanuman Jayanti, Ram Navami, Dusshera, and Diwali are celebrated with great fervor. A grand fair is held on Dusshera.

By Air: Shimla airport (10 km) is the nearby airport.

By Rail: The nearest railway station is Kalka.

By Road: The temple is well-connected by road to all the major towns of Himachal Pradesh.