Devoted to Lord Shiva, the Jalesvara Siva Temple is situated on the southern outskirt of the Kalarahanga village in the Bhubaneswar town of Odisha. Here, the presiding deity is a Shiva-lingam within a circular Yoni Pitha inside the sanctum sanctorum which is 1.15 m below the Chandrasila. The Sanctum measures 2 sq m. A massive compound wall surrounds the temple in all the directions. A Jalesvara pond is located in the east, paddy fields are seen in the north and south beyond this compound wall. It is believed that originally the temple was enclosed by water in all the four directions which are also confirmed by the local legend. 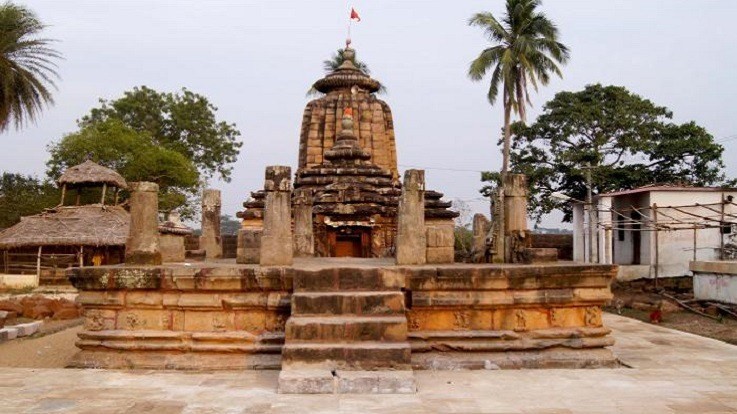 According to the local hearsay, the temple was established by a Keshari ruler named Padma Keshar. According to the prevalent legend, the king of Chudangagada was an ardent devotee of Lord Lingaraja. Hence, he would visit Lord Lingaraja every day. Since it was very difficult to commute during the monsoon season, Lord Lingraja appeared in his dream and asked him to construct a temple in the center of the adjacent lotus pond. The King followed Lord’s instructions and built the present temple, which stands on the western embankment of the Jalesvara pond. To perform the daily rituals and other religious ceremonies of the temple, the King gave land to the Brahmins of Rahanga Sasan. Hence, the place is also known as Kalarahanga. 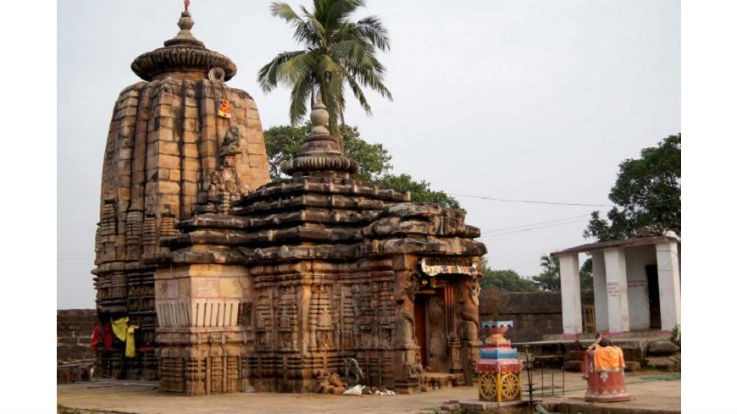 The Jaleswar Siva Temple is one of the finest examples of the Kalingan architecture. It has a Vimana, an Antarala, a Jagamohana and a Nata-Mandira The head of the temple is 2.30 m tall. Above the Antarala is a Sukanasa designed which is flanked by two miniature Rekha Deuls. Above it, there is a chaitya motif which is flanked by two conches and surmounted by a Gajakranta. Above Gajakranta is an image of flying Lord Hanumana who is carrying a hillock in his right hand. The Jjagamohana of the temple appears to be a later construction because the first and the last Grahas are concealed by the back wall of the Jagamohan. The Raha niches have idols of Lord Ganesha in the south, Kartikeya in the east and Mahisasura- Mardini in the north.

The festivals of Maha Shivaratri, Janmashtami, Shiva Vivaha, Dola Purnima, Sitalasasthi, Dhanu Makara, Pindadana and Chandana Yatra are celebrated with great devotion. Various social sacraments such as marriage, thread ceremony, mundane-kriya, and engagement are also performed in the temple. The deity is offered with milk, flowers, honey, sweets, and fragrances.

By Air: Biju Patnaik Airport located at Bhubaneswar is the nearest airport.

By Rail: Bhubaneswar is the closest railway station.

By Road: The place is well connected by good roads with all the major towns of Odisha. Buses and private vehicles are available from Bhubaneswar bus stand.