About the Temple:Jayanti temple is located on a hillock in the Shivalik ranges and some 15 km away from Chandigarh. The village Jayanti Majri which lies at the base of the hill owes its existence and name to the temple. Huge gate is seen at the entrance of the temple which is placed at the base of the hillock. A flight of 100 steps lead up to the temple premises. A huge water tank is seen in the temple premises. This concrete tank has steps that lead down to it from two sides. The stone idol of the presiding goddess is kept inside the sanctum sanctorum. The temple also houses the idols of Lord Shiva, Lord Ganesha, Goddess Laxmi and local deities Lokda Dev and Balasundari. The temple has a large premise with a park and Jayanti Archeological Museum.

There are many interesting stories associated with the origin of this temple.

It is said that after the victory in Mahabharat Battle, Pandavas build this temple as thanksgiving to Jayanti Devi- the Goddess of victory. 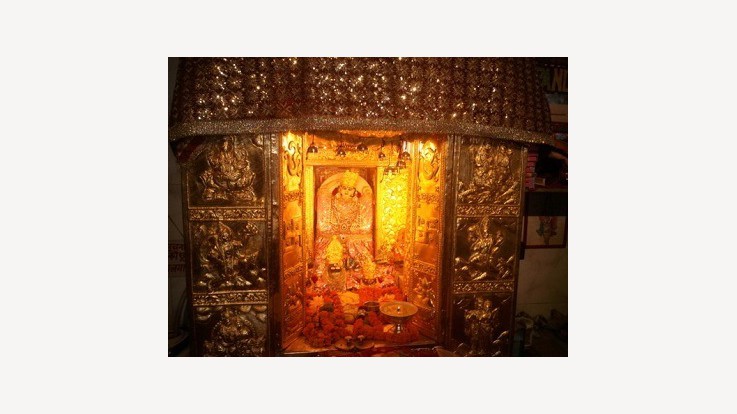 As per the another hearsay, the temple was built by Jayant, son of Lord Indra. During ‘Sagar-Manthan’ the great churning of oceans Jayant along with the pot of nectar ran towards the north. The asuras chased him up to the Brahamavarta region. As Brahamvarta was a holy region they could not enter it. Believing it to be a safe place, Jayanta stayed here and build a temple at this place.

Around 550 years ago, the estate of Hathnaur was located in the north of present-day Chandigarh. One of the brothers of King of Hathnaur was married to the daughter of the king of Kangra. The girl was an ardent devotee of Jayanti Devi. She was very anxious as she didn’t want to go away from her deity. She prayed and conveyed her grief to a goddess. Due to her great devotion, Jayanti Devi appeared in her dream and promised to accompany her. When the marriage procession started from Hathnaur, a miracle happened. Suddenly the bride’s doli turned very heavy. It couldn’t be moved. The bride narrated the dream to her father. Hence, he arranged for another doli and kept the idol of Jayanti Devi in it and sent that doli with his daughter. Later, the king of Hathnaur constructed a temple for Jayanti Devi on a hillock in his estate. Since then, succeeding generations of the family worshipped the deity for 200 years.

By Train: The nearest railway station is Jind.

By Air: The closest airport is Indira Gandhi International airport which is located 127 km away from the temple.

By Road: The temple is well-connected by road with all the major cities of Haryana. Buses and private vehicles are available to access the temple.