Located around 35 km from Kangra valley, Jwala Ji temple is recognised as one of the 51 Shaktipiths of India. Jwala Ji temple is constructed according to in the Indo-Sikh style. An eternally burning flame coming out from the core of the rock in the sanctum is considered as a manifestation of the Devi. Hence, the goddess is worshipped as a blue flame. Here the Devi is known as Goddess of Light or Flaming Goddess. The sacred flame of Devi can be seen in nine different forms which represent nine avatars of goddess such as Saraswati, Chandi, Annapurna, Hing Laj, Mahalakshmi, Vindhya Vasini, Mahakali, Ambika and Anjana. 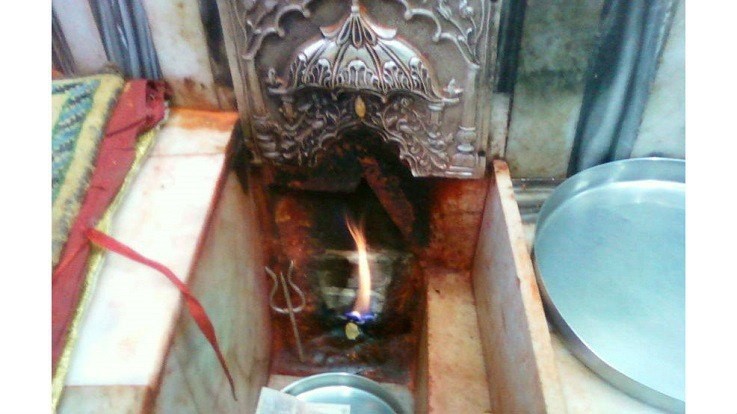 The temple was built by the Sikh Raja Kharak Singh. According to a hearsay king Akbar built a canal in an attempt to douse the flames. But it didn't happen and he became an ardent devotee of Devi.

Another version states that Raja Bhumi Chand Katoch of Kangra who was a great devotee of Devi Durga dreamt of the sacred place. The king traced the holy site and the built a temple. Later, Pandavas renovated the temple.

Jwalamukhi temple is dedicated to Goddess Jwalamukhi also known as the deity of flaming mouth. The legend of the Jwala ji Temple relates to Sati. When Sati immolated herself in the havankund, Lord Shiva became so angry that he carried Sati's corpse and performed Tandaav. Sages and gods requested Lord Vishnu to do so something to pacify the anger of Lord Shiva. Lord Vishnu cut Sati's body into several parts with his Sudharshan Chakra. The pieces of Sati's body were dropped on the earth and that very place a shaktipeeth came up. These spots that are regarded as the power centre of the goddess. Jwala ji temple is the place where the tongue of Sati fell. Unlike other temples, Jwala ji temple has no idol or image to worship but a constantly burning blue flame that originates from the rocks.

According to another legend, Lord Shiva defeated the Demon Jalandhara by burying him in the mountains. It is believed that the flames are coming out from his mouth. 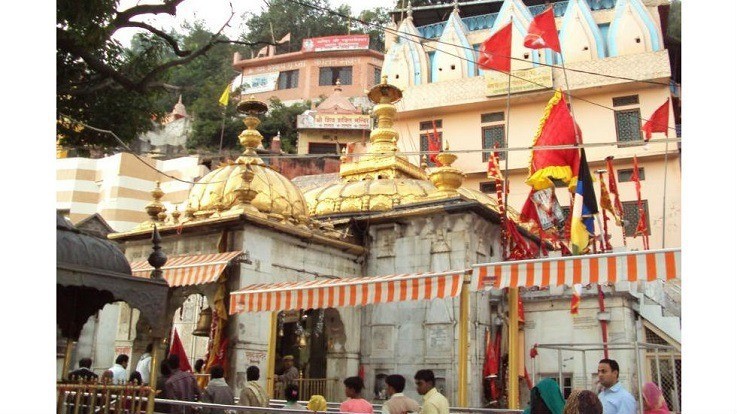 The temple has a gilt dome, silver doors and pinnacles. In the temple sanctum, a hollowed rock is seen which is regarded as Goddess Mahakali’s mouth. This one is regarded as the mouth of the Mahakali. There is a small platform in front of the temple and a big mandap. The temple houses a Yantra of the goddess which is offered shawls and ornaments. 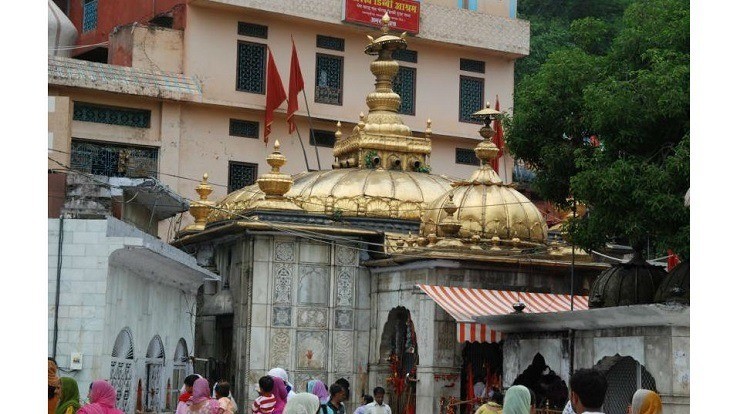 Every year, during Chaitri and Ashvin Navratras, colourful fairs are held in the temple premises. The festivals of Dusshera and Diwali are celebrated with great zeal.

By Road: The temple is well-connected by road. State transport buses and taxis are available from all the major cities of Himachal Pradesh.