Religious Importance of Jyotisar:Jyotisar is a small town located on the Pehowa- Kurukshetra road, in the Kurukshetra district of Haryana. This is the place where Lord Krishna delivered the knowledge of Bhagavad Gita to Arjuna during the battle of Mahabharat to pacify his confusion and dilemma and prepared him to face his kinsmen in the battle. Jyoti means light and 'Sar' implies to the core meaning. Hence, the name of place refers to the 'core meaning of light'. It is one of the most revered holy places in Kurukshetra. A Banyan tree can be seen on a raised plinth. As per the locals, this Banyan tree is an offshoot of the holy Banyan tree under which Lord Krishna gave the sermon of Bhagavad Gita to Arjuna. This is the place where Lord Krishna appeared in his Virat-rupa or Universal form. 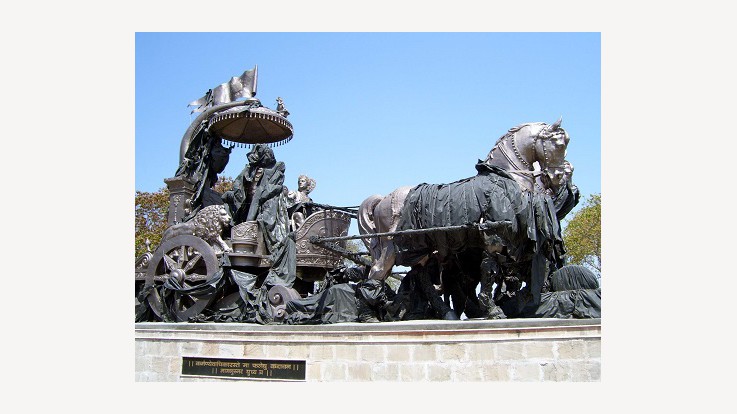 About Jyotisar:A central place of interest at Jyotisar is a marble statue of Lord Krishna on a beautiful marble chariot, delivering the immortal Bhagavad Gita to Arjuna under a banyan tree. An ancient Shiva temple can also be seen nearby. Many years ago, a holy water tank was present here. It still exists and can be seen during the rainy season. A Mango-shaped lake has been created with covered bathing ghats for women. Several enclosures and cement parapets have been built for safety and protection. In the evening, a light and sound show is organised by the state tourism department at the site which recreates the tales from the epic Mahabharata.

History of Jyotisar:Jyotisar is the most venerated tirtha of Kurukshetra. It is said that Adi Sankaracharya has discovered this place during his sojourn to Himalaya in the 9th century C.E. The king of Kashmir established a Shiva temple at Kurukshetra tirtha in 1850 A D. Later, in 1924, the king of Darbhanga built a stone platform around the holy banyan tree under which Lord Krishna delivered the knowledge of Gita to Arjun. In 1967, Sankaracharya of Kanchi Kama Koti Peetha installed a Chariot displaying Gita sermon on the platform facing east. The tirtha in the past might have several ancient temples, but they could not sustain due to the fury of the invaders in medieval times. 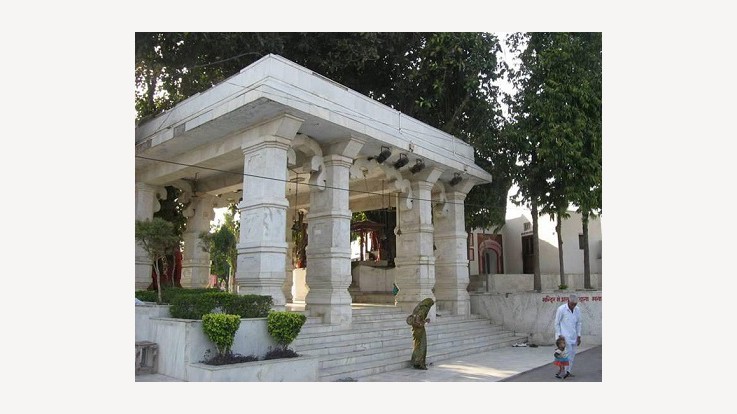 View of the place

By Rod: Jyotisar is well-connected to major towns of Haryana by road. The bus stand at Pipli is easily accessible for the visitors coming to Jyotisar.

By Air: The closest airports to Kurukshetra are located at Delhi and Chandigarh.