About the TempleAn ancient Kailasa temple is the largest rock-cut temple which is located in Ellora, Maharashtra. It is considered as one of the most remarkable cave temples in India due to its size and architecture negligence. Kailash Temple is devoted to Lord Shiva. The idol is 109 ft wide and 164 ft long. Kailasa temple is one of the 34 cave temples and monasteries which is collectively known as the Ellora Caves. The temple construction is attributed to the 8th century Rashtrakuta king, Krishna I. The temple architecture shows imprints of Pallava and Chalukya architecture patterns. The pyramidal tower of Kailasa temple is about 30 m tall which looks like Mount Kailash. The temple stands on 7.5 m high plinth which has carved sculptures of Lions and Elephants. Kailasa temple has double levelled entrance. The exterior of temple entrance depicts paintings and sculptures from Ramayan and Mahabharat. The five shrines dedicated to Goddess Parvati, Lord Ganesh, Rudra, Saptamatri and Chand are located at the base of the tower.

Temple History and Temple LegendA local medieval legend has a reference about the construction of the Kailasa temple. According to folklore, the local king was suffering from a chronic disease. His queen prayed to Lord Ghrishneshwar (Shiva) at Elapura to cure her husband. She pledged to construct a temple if her wish was granted. She vowed to observe a fast until she could see the shikhara of this temple. When the king was cured, she requested him to build a temple immediately. The architects declared that it would take months to build a temple with a shikhara. But one architect, Kokasa assured the king that the queen would be able to see the shikhara of a temple within a week. He started constructing the temple from the top and completed the shikhara within a week. The queen gave up her fast. The temple was named Manikeshwar after the queen. 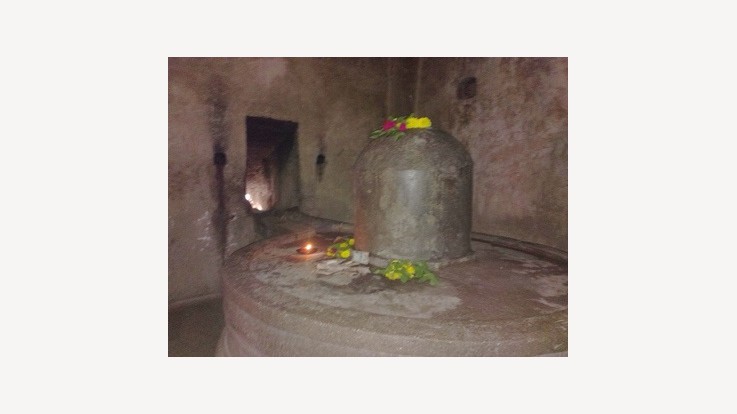 The temple is one of the astonishing edifices in the history of architecture.

Kailash Temple displays images of various deities, animals, and other mythical creatures from the Puranas including Mahabharata and Ramayana. The multi-level temple and its pyramidal structure resemble Mount Kailash, the home of Lord Shiva. It is the biggest monumental construction which was dug out in the top to down manner from a single rock. Nearly 2,00,000 lac tonnes of rock was used. Around seven thousand labourers were involved in temple construction which took 150 years to build the entire temple. Earlier, the temple was coated with white plaster which gave it an appearance similar to snow-covered Mount Kailash. 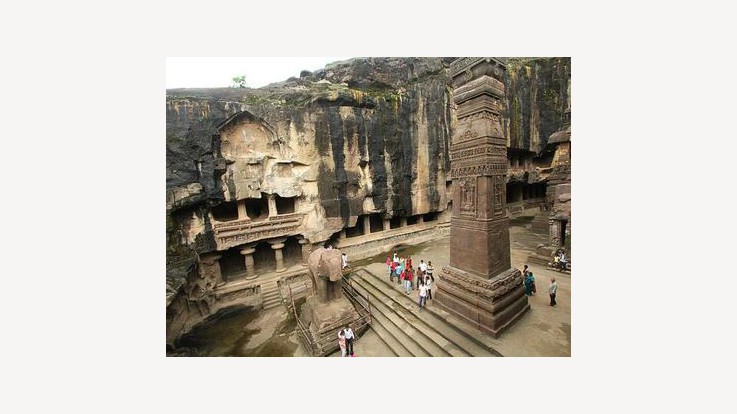 Festivals and CelebrationsIn the month of December, MTDC organises ‘Ellora festival of music and dance’ at the Kailash temple.

By Road: Kailash Temple is situated near the village of Ellora, 30 km from Aurangabad. Autos and buses are available from Central bus stop, Aurangabad.

By Air: The closest Airport is located at Aurangabad.

By Train: The nearest railway stations are Aurangabad and Jalgaon.