About the TempleDedicated to Lord Ram, Kalaram Temple is an ancient temple located at Panchavati of Nashik city in Maharashtra. The temple derives its name from the black idol of Lord Ram. The literal translation of Kalaram means Black Ram. The sanctum sanctorum houses the idols of goddess Sita and Lakshman. The temple is visited by thousands of devotees every day. The main entrance of the temple has a black idol of Lord Hanuman. The temple premise has an ancient tree that has Lord Dattatreya's footprint impressions marked on a stone. This 70 ft tall temple is entirely built out of Black stones which were brought from Ramshej region. The temple has gold plated copper peak. This temple stands in the midst of an acquisitive walled enclosure incorporating almost 96 pillars. The entrance to this temple is on the east side via an arched vaulted portal. Inside the temple, a ‘Kalash’ is situated which is made of pure gold and weighs around 32 tonnes. 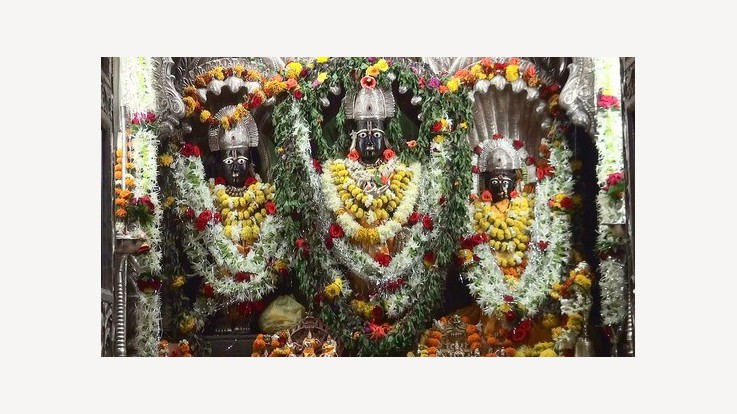 It is said that during the 14 years exile period, Lord Ram, Sita and Lakshman stayed in ‘Panchavati’. The word Panchvati means 'garden of five Banyan trees'. Thes Banyan trees are still present in the temple premises near Sita Gufa. Shri Kalaram Temple stands on the sacred place which was graced by the presence of Ram. Lord Ram’s stay in Panchavati is mentioned in Ramayan. He first came on the banks of River Tamasa. He crossed Tamasa and came on banks of River Bhagirathi. After crossing Bhagirathi in the boat of Nishadraj Gruhak, they went to Trivarga Triveni Sangam in Prayag and Trivarg Bharadwaj Rishi’s Ashram. From ashram they reached Siddheshwar and then to Mountain Chitrakut. 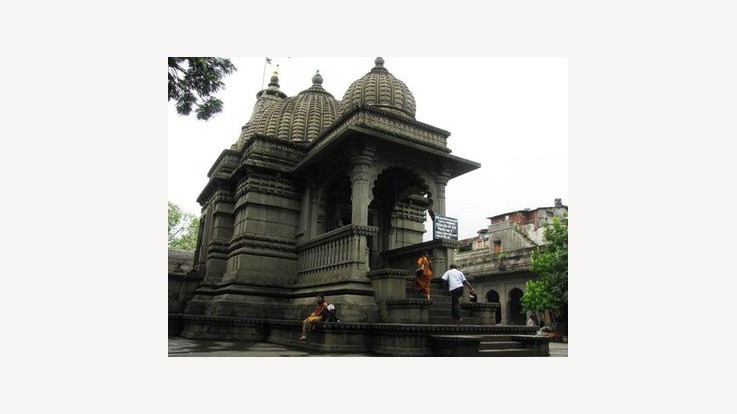 Festivals and CelebrationsThe festivals of Dasara, Ramnavami and Chaitra Padwa are celebrated with a large joy in this temple. Devotees visit the temple and participate in these celebrations with dedication and devotion. The floral decoration is a major attraction during the festivals.

By Air: Ozar Airport is the closest airport.

By Train: Nasik Road is the nearest Railway Station.

By Road: Nasik is easily reachable by buses, cars and taxis from major towns of Maharashtra.