Temple History and Temple LegendAs per a local legend, around 700 - 800 years ago, in 1500 AD, a natural Shiva Lingam buried under the ground was recovered, which has an emblem of Lord Shiva. In those days, the area around this temple was a dense forest. A cow used to pour her milk on a particular spot in the forest. Once, a Priest noticed this, and he dug out that spot and a Shiv Lingam was found. A temple was erected on the similar spot and lingam was enshrined in the sanctum sanctorum. Shiv Lingam is placed on a square shaped platform which is known as Shalunka. Shiv linga and Shalunka, both are black coloured. There is a water vessel through which water is poured on the Shiv Linga. Nobody knows the place at which this offered water seeps down. A stone idol of Ganesh is seen in this temple along with an image of Karkotak Nag (Nagdevta). An idol of Nandi, the bull has been installed in front of the temple entrance. The temple has five storied chariots at the North end. 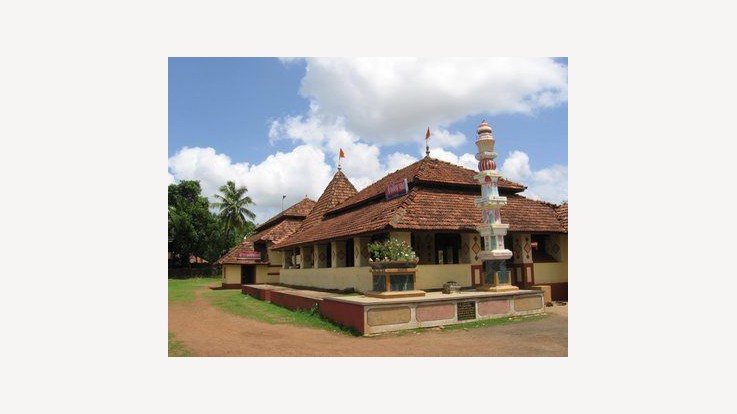 By Air: The nearest airport to Nerur is Dabolim airport of Goa which is about 111 km away.

By Train: Kudal is the closest railway station. Hire auto or ST bus from Kudal to reach Nerur.

By Road: Kudal can be reached via Mumbai – Goa (NH-17) road. Take Kudal- Nerur road which is around 7 km away from Kudal.