Kalighat Kali temple is devoted to Goddess Kali. It is among one of the 52 Shakti Peethas. The Kalighat Kali temple stands on the bank of Hooghly river in Kolkata. It is said that the city has derived its name from the word Kalighat. Over a period of time, Hooghly river has moved away from the temple which now stands on the banks of a small canal, Adi Ganga that links to river Hooghly. The Adi Ganga was the original form of the river Hooghly. 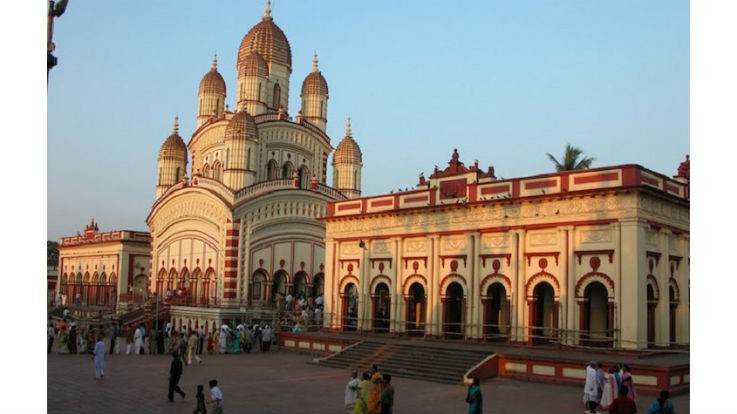 The temple has a unique idol of Goddess Kali. The present idol of touchstone was created by sage Brahmananda Giri and sage Atmaram Giri. The idol has long protruding red tongue, three huge eyes and four arms, all are made of gold. The two arms are holding a sword and a severed head of the demon king 'Shumbha'. The sword represents divine knowledge and the severed head is human ego which must be slain by divine knowledge to attain Salvation. The other two hands are in the Abhaya mudra and Varada mudras which mean her initiated devotees will be saved as she will guide them. 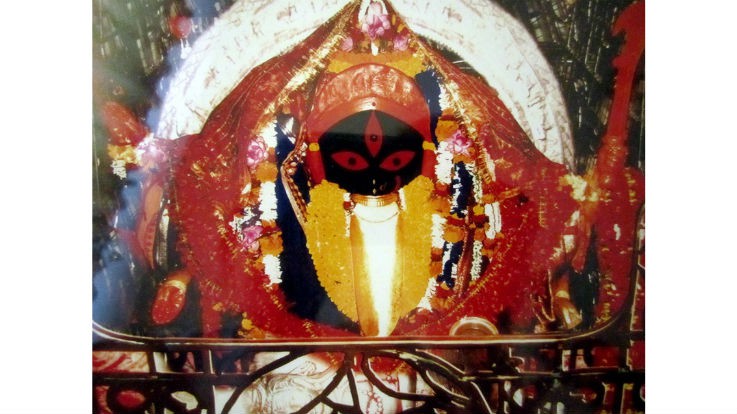 The history of Kalighat temple dates back to the 15th century. Originally, this 200 years old temple was a small hut. Later, a small shrine was built by King Mana Singh during the early 16th century. The present temple was established by Kaliprasad Dutta with the help of Santosh Roy Chaudhury. The temple construction was completed in 1809 by Santosh Roy Chowdhury and his grandson. Kalighat is regarded as among one of the 52 Shakti Peeths where the various parts of Sati's body are said to have fallen when Lord Vishnu chopped the dead body of Sati with his Sudarshan Chakra to pacify Lord Shiva. Kalighat is the site where the toe of the right foot of Sati was dropped. 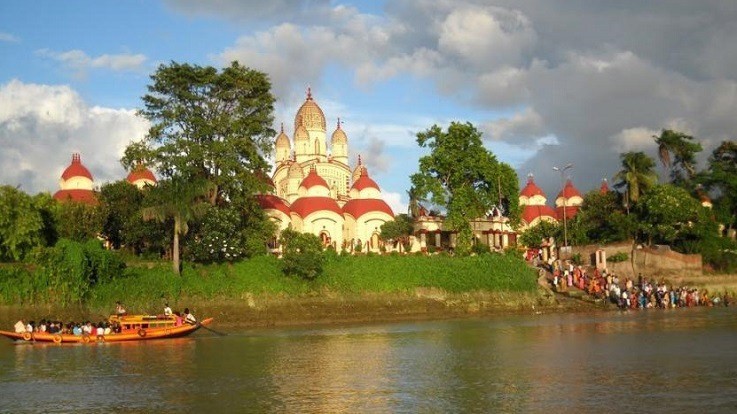 Kalighat is revered as one of the 52 Shakti Peethas where the toe of the right foot of Sati fell. A legend has it that a devotee saw an illuminating ray of light originating from the Bhagirathi river bed. It was discovered that the source of this light was a piece of stone which was carved in the form of a human toe. The devotee also found a Swayambhu Lingam of Nakuleshwar Bhairav and he started worshiping Goddess Kali amidst the thick forest.

The festivals such as Kali Puja, Durga Puja, Poila Boishakh, Bengali New Year day and Sankranti witness a huge number of devotees at the temple.

By Train: The nearest railway station is Shalimar which is 4 km away from Kalighat temple.

By Air: The closest airport to reach the temple is Netaji Subhash Chandra Bose (8 km).

By Road: Kolkata is very well-connected to the other major cities of West Bengal by road.