About the TempleKalika Mata Temple complex stands atop Pavagadh hill in Panchmahal district of Gujarat. The term Kalika Mata literally translates to Black Mother. The ground floor of the main temple has idols of three goddesses. The central idol of Kalika Mata is depicted in the form of a red coloured head, or 'Mukhwato'. She is flanked by idols of Goddess Kali on the right and Goddess Bahuchara on the left. The temple is a site of one of the revered Shakti Peethas. The Kali yantra is worshipped at the temple. This small and open temple was created amidst a dense forest, cover on a cliff, The temple has an open courtyard. The two altars are seen in the front of Kalika Mata Temple to offer sacrifices. The temple compound is divided into two parts. The lower floor of the temple comprises of Hindu memorials. The upper floor houses a Muslim memorial. At present, the temple complex is a part of an archaeological park. The temple is also regarded as a World Heritage Site.

Kalika Mata temple history dates back to the 10th century and 11th centuries and hence it is the oldest temple in this region. Originally, goddess Kalika Mata was worshipped by the local Patidar, Koli and Bhil community, until she was later invoked and idol of the goddess was installed by Vishvamitra on Pavagadh hill, where she is worshipped as an incarnation of Goddess Durga or Chandi.

According to a folklore, during Navratri celebration, goddess took the form of a beautiful woman and danced in a Garba. The king saw her with a dirty look. She tried hard to explain to him who she was but the king did not listen. Goddess Kalika became angry at King and cursed him that the town will destroy. Later, the king of Khandesh (Jalgaon), Maharashtra invited goddess to come at Khandesh and stay there.

Kalika Mata is also worshipped by the local Adivasi community. The temple is believed to be the residence of Goddess Kali and is one of the Shakti Peethas. Legend says that Kalika Mata Temple is the site where the toe of goddess Sati had dropped after being chopped by Lord Vishnu’s Sudarshan Chakra. 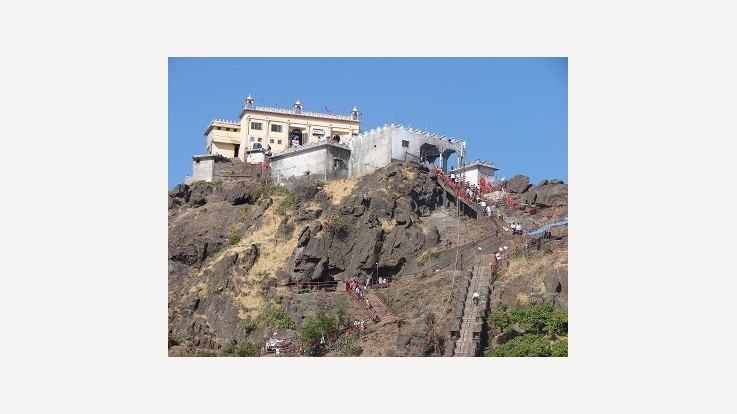 Festivals and CelebrationsThe temple is prime pilgrimage centre in Gujarat which attracts large numbers of devotees every year. Devotees visit the temple and "worship Kalika Mata by beating bell-metal symbols. A fair is held every year at the temple on Chaitra Sud Ashtami. On the full moon of Chaitra month and on the occasion of Dussehra, thousands of devotees throng the temple to seek blessings of Kalika Mata. 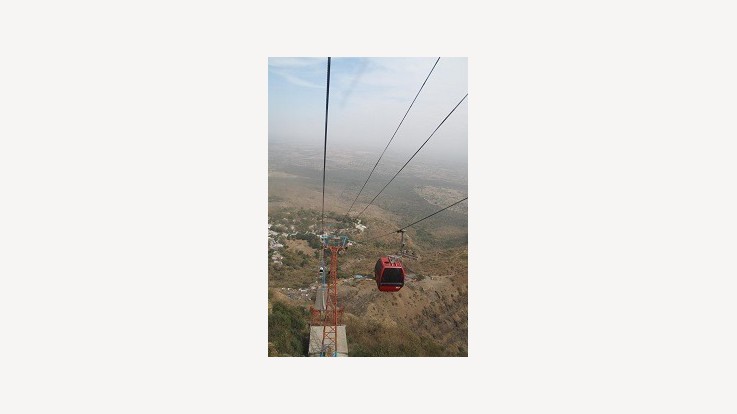 By Air: The closest airport to the temple is Vadodara city airport which is located at the distance of 48 km.

By Train: The nearest railway station is Vadodara.

By Road: State buses and private vehicles are available from ll the major towns of Gujarat to access the temple. The Nearest Bus stop is in Halol which is just 6 km. The temple can be reached easily by rope-way.