The Kapilesvara Siva temple is devoted to Lord Shiva. The temple is located in the south western outskirt of Kapilesvara village near Old Town, Bhubaneswar in Odisha. The prime deity is a Shiva-lingam at the center of a circular Yoni Pitha inside the sanctum. This living temple faces towards east and it is managed by Kapilesvara Temple Board. The temple is situated along with 33 other monuments within premises on the northern bank of Manikarnika tank and it is spread over an area of 44.00 sq m. 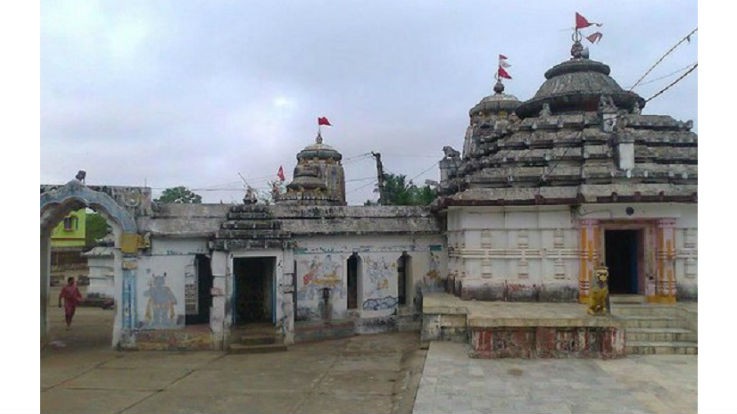 The temple was built during Suryavamsi rule of Kapilendra Deva in the 14th Century A.D. Several inscriptions and various architectural fragments suggest that the original shrine could have been built prior to the 11th century. The temple stands 60 ft tall and is surrounded by a pond and stone steps. Until the 20th century, Kapilesvara temple dominated the economic, political and ritual life of the place.

According to some local hearsay, Kapilesvara Siva temple is the birth place of sage Kapila. He is known as an inventor of Sankhya philosophy. He is also known as the brain child of Lord Brahma, an incarnation of Vishnu and Lord Siva himself. Hence, it is considered as a holy place where the shrine is devoted to Lord Kapilesvara Siva. The main feature of the Kapilesvara Siva temple is the 62 ft elevated temple and a pond which is bordered by stone steps. The shrine is a holy outpost of the central temple, the Lingaraja temple. Both the temples in Bhubaneswar are considered centre of educational, social and political activities. 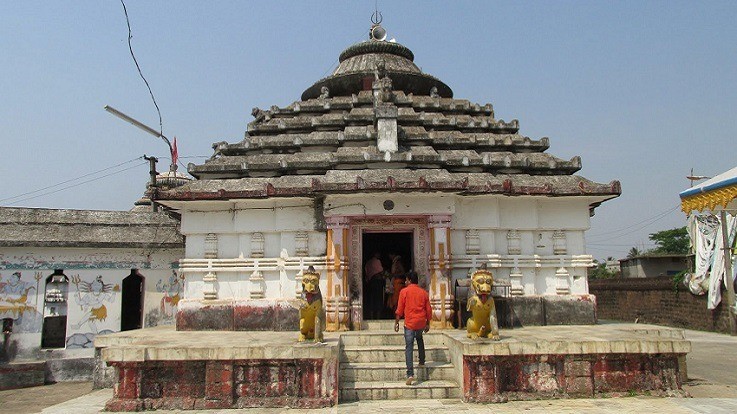 The entire shrine was revamped on the later stage with the integration of building materials of original shrine. Kapilesvara Siva temple has a wonderful Vimana, Nata-Mandira, Jagamohana and unique Bhoga-Mandapa. Vimana is in complete Rrekha order, Bhoga mandapa and Nata-Mandira are flat roofed and Jagamohana is Pidha. The western Raha niche has a four armed idol of Lord Kartikeya standing over a lotus pedestal in Tri-bhanga posture with a cattle drum in upper left hand and a trident in upper right hand. The lower left arm is holding a cock and lower right hand is in Varada-Mudra. The image is crowned by Jatamukuta. The northern Raha niche houses a partially damaged, four-armed idol of Goddess Parvati standing on a lotus pedestal. She is holding lotus and Naga Pasa in her left arms. The lower right hand is in Varada Mudra and the uplifted right hand is damaged. The southern Raha niche enshrines a four-armed idol of Lord Ganesha standing on a pedestal and holding a rosary, a Parasu, a Modaka Patra and a tusk. The image has a Jatamukuta.

By Air: Kapilesvara temple can be reached from Biju Patnaik airport which is the nearest to the temple.

By Road: Buses and private vehicles are available from all the major cities of Odisha to reach the temple.