About the Temple:Kartikeya Temple in Pehowa town of Haryana is an ancient temple which dates back to the 5th century B.C. Kartikeya is a Hindu deity and is worshiped widely across the country. He is known by many other names, such as Arumugam, Senthil, Saravaṇa or Shanmukha ( 'one with six faces'), Kumāra (meaning 'child or son'), Guha, Skanda (meaning 'that which is spilled, namely seed' in Sanskrit). Lord Kartikeya was also worshiped by the Ikshvakus, an Andhra dynasty, and the Guptas. The temple has two rock blocks and a marble image of Lord Kartikeya flanked by two oil lamps. The oil is offered to the stone blocks, the marble image, and the lamps. The temple would be at least 4500 years old. 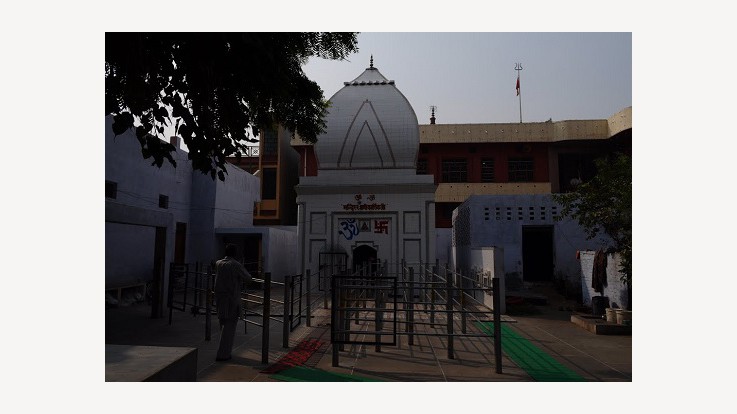 Temple History and Temple Legend:As per the Skanda Purana Lord Shiva wed Sati who was the grand-daughter of Lord Brahma and the daughter of king Daksha. He never liked Lord Shiva. Daksha insulted Lord Shiva during a Yagna ceremony. Hence, Sati immolated herself in anger over the insult of her husband. When Lord Shiva came to know about this incidence he got angry. The Yagna was destroyed by the gana army of Lord Shiva led by Virabhadra. Meanwhile, Demon Taraka believed that his boon of being killed by Lord Shiva's son would give him invincibility as Lord Shiva will not get married again. Hence, devtas manage to get Lord Shiva remarried to Goddess Parvati with the help of The Kama, the God of love who awake Lord Shiva from his penance, incurring his wrath in the process. Lord Shiva handed over the radiance of his third eye to Agni, as he believed that Agni alone was able of handling it until it becomes the desired offspring. Agni, tortured by its heat, handed it over to Goddess Ganga who in turn put it in a lake amidst a forest of reeds. The child was finally born in this forest with six faces. He was first spotted and cared by six women representing the Pleiades - Kritika. He thus got named Karttikeya. As a young lad, he killed demon Taraka. Lord Kartikeya is also known as Kumar. 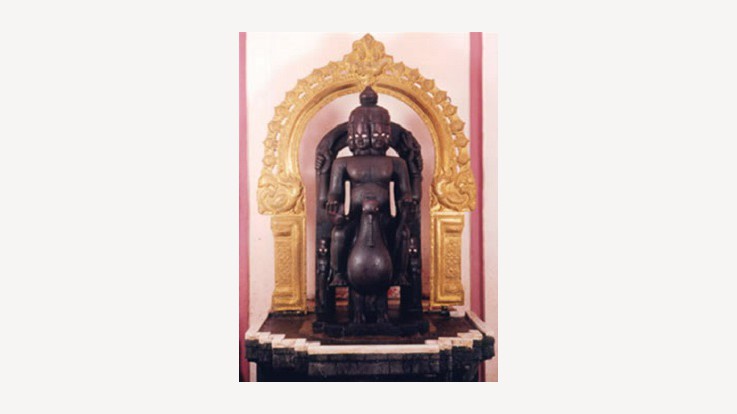 According to another legend, Lord Krishna asked Yudhishthira to light two lamps for the 18 lakh warriors who died in the Mahabharata battle. These lamps flank the temple and it is believed that they have been continuously lit since then.

The temple of Lord Kartikeya stands at the site where Lord Kartikay removed his skin and left it with Goddess Parvati as he had doubt that his mother helped Ganesha to complete the Trilok parikrama. After giving up his skin he came to Pehowa temple and said that no women can enter in this temple.

By Air: Chandigarh and Delhi airports are the nearby airports to access the temple.

By Rail: Kurukshetra railway station is the closest railhead.

By Road: Pehowa has good road connectivity. State-owned buses and private buses are available to reach this temple.