Kasar Devi temple is nestled in a Kasar village in Almora district of Uttarakhand. The temple is consecrated to Kasar Devi, after whom the place is also named. Kasar Devi temple is located on the top of Kaashay hills in Kumaon Himalaya. The place surrounding the temple is known for its serene natural beauty. Kasar Devi Temple is a Shakti temple which is considered to be extremely divine and powerful by the Hindus. At this temple, Goddess Kali or Bhagavati is worshiped as Kesar Devi. It is an important and sacred shrine for the Hindu women. Devotees believed that worshiping Goddess Kasar with pure devotion will make their wishes come true. Kasar Devi temple also attracts many spiritual people across the world due to the presence of a natural divine power in this region. 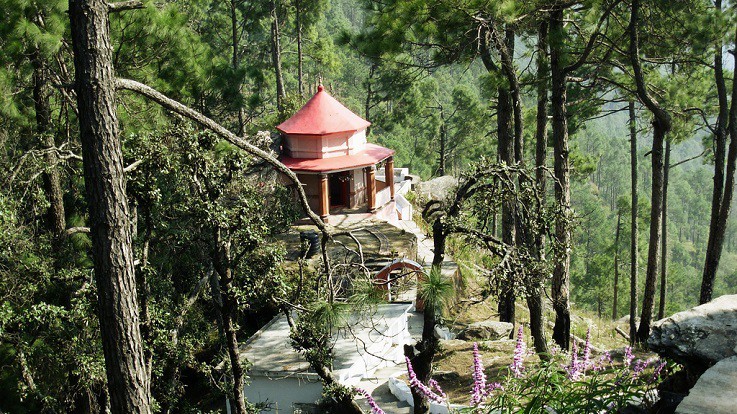 The temple history dates back to the 2nd century CE but it first became known in the 1890s when Swami Vivekananda visited the temple and meditated here. Until the 2nd century AD, Kasar Devi Temple was a small stone structure. The creator of this temple is unknown. The temple was built up in the Nagara architecture during the medieval times. Later, it got damaged in the land-slide which took place in the early 18th century. The current temple is has a combination of Hindu and Buddhist cultures. This temple is constructed over a creek having an elevation of 2116 m above the sea level. The temple provides a picturesque view of the Himalayas and pine forest. The main arched entrance of the temple can be seen from few meters away from the temple area. This arch has a brass bell in the center. Devotees need to pass a stone slab path which takes to the main temple in an elongated way. The main temple has a huge tower with a conical dome on its top. It is a circular structure with a porch and pillared verandah on the outer side. The main deity is placed in the center of the temple. Kasar Devi temple is painted in white with a red color bordering on its edges. 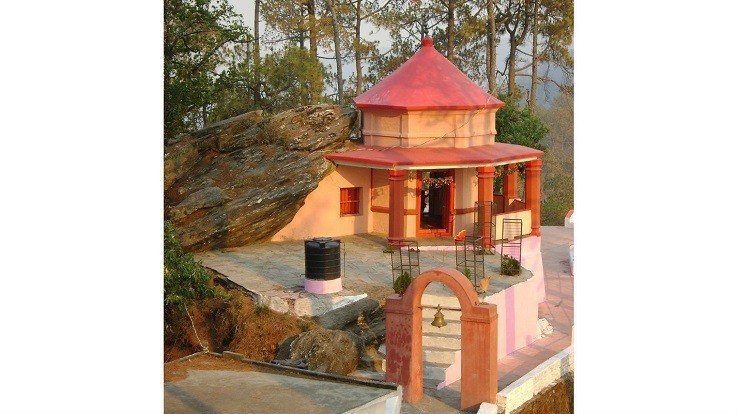 Every year, the temple hosts "Kasar Devi Fair" on the occasion of Kartik Poornima.

Navarati and Deepavali are the main festivals of Kasar Devi Temple. These festivals are celebrated in a grand manner by the residents of Almora. The entire two weeks are filled with colors and lights making this place more divine. Many special rituals, pujas and ceremonies take place during this festival time. 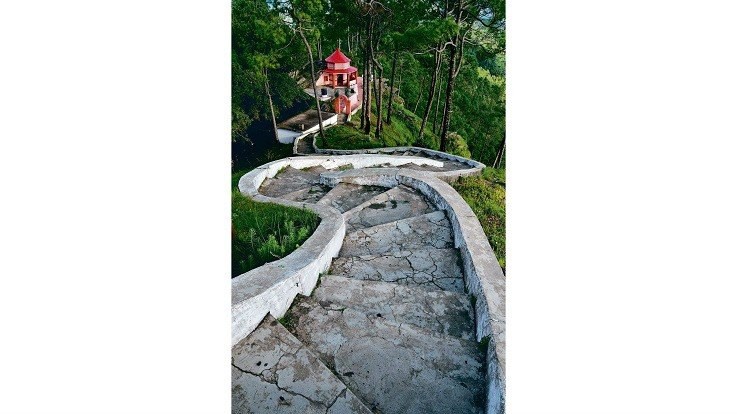 By Air: The nearest airport is Pantnagar Airport which is about 70 km away from the temple.

By Rail: The nearest railhead is Kathgodam which is 43 km away from the temple.

By Road: Kasar village is connected by well-maintained roads to all the major cities of Uttarakhand.