About the Temple:The Kashivisvesvara Temple is located in Lakkundi town of Gadag district, Karnataka. The Kasivisvesvara Temple is an excellent example of the Kalyani Chalukya school of architecture and Hoysala architecture. This temple is a Dvikuta, meaning it has two shrines facing each other. A small shrine faces towards the main shrine, which is located on the western side of the temple. An open 'mandapa' separates both the shrines. The Kashivisvesvara Temple shows evidence of inspiration derived from contemporary North Indian Sekhari and Bhumija styles of architecture. The door-post moldings of the southern doorway are covered in beautiful scrollwork. On either side of the doorway stand pilasters. The lintel of the doorway carries an idol of Gajalakshmi. This feature is a trademark of the architecture of this region. The temple has two entrances, one at the eastern end and another at the southern end. The temple dome has been constructed in the north Indian style of architecture which resembles a lathe. It is one of the most graceful temples in this region. 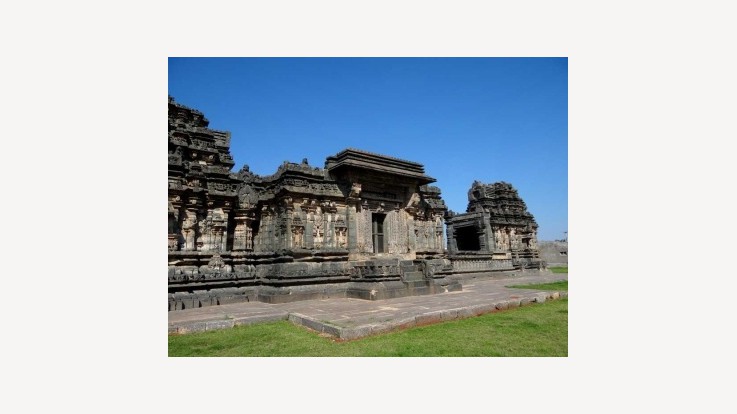 The Kashivisvesvara Temple is dedicated to Lord Shiva and Lord Sun. The main deity is Lord Shiva in the form of a three ft tall Shiva Lingam. The other shrine is dedicated to Surya, in the aspect of Surya Narayana. Lord Sun is depicted seated in a chariot drawn by seven horses. The Kashivisvesvara Temple is one of the many beautiful temples in and around Lakkundi that bear testimony to the architectural achievements of the Western Chalukya Dynasty and Hysala age. They developed their own unique style which is slightly different from the extant Dravidian style and incorporated ideas from contemporary North Indian Temple construction. The Kashivishwashwara temple is one of the famous Temple, which has been gracefully decorated with carvings, scrollwork, stone screens and inscriptions. 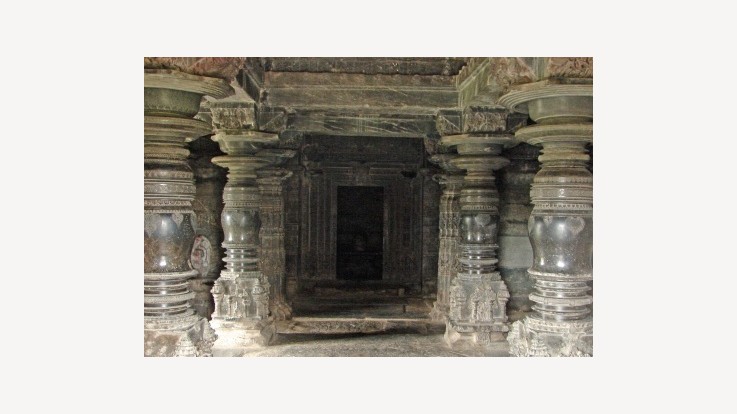 Many of the inscriptions in the temple are dated from 1170 CE onwards. It is believed that Hoysala king Veera Ballala II embodied Lakkundi, which is also known as Lokkigundi, from the Seunas of Devagiri and made it the capital around 1193 CE. It is possible that the Kashivisvesvara Temple may have been re-established during his rule. 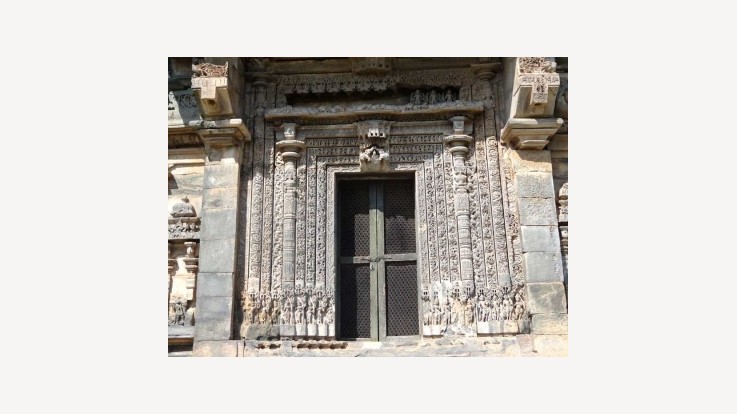 Festivals and Celebrations:The best time to visit Kashivisvesvara temple is during the annual Lakkundi Utsav, a festival of arts which is held during May - June every year. The Lakkundi festival hosts classical performances and folk arts. It’s a three-day cultural extravaganza. A huge cultural procession precedes the inaugural ceremony. Apart from various cultural programs in which famed artists from across the State, including local talent, participates, an exhibition, art camps and indigenous games are also held as part of the festival.

By Bus: Gadag is well connected by road from all the district headquarters of Karnataka. One can take local transport or KSRTC Rural service from Gadang to reach Lakkundi. Visitors may also hire auto-rickshaws or taxis to get to Lakkundi from Dambal or Gadag.

By Train: The Gadag Railway Station is 13 km away from Lakkundi