About the TempleKayavarohan is a village in the Vadodara district of Gujarat. As mentioned in Shiva Purana, it is considered among one of the sixty-eight teerths of Lord Shiva. The temple has a Shiva lingam made up of black stone. It is said that sage Vishwamitra had installed this Shiva linga during the Ramayana era. This Shiva linga represents the formless, unique and iconic manifestation of Lord Shiva in the form of a meditating yogi, who holds parchments in his one arm and citron or matulinga in the other arm. Lakulish was born at Kayavarohan. Lakulish, the 2nd Century C.E. Shaivite revivalist, reformer and follower of pashupata doctrine is considered to be the 28th birth of Lord Shiva who had come to the earth in the form of Lakulisha through Kayavarohan. It is a historic as well as a religious place due to the presence of Shiva temple in Lakulish avatar. It is a revered site for the followers of the Pashupati, also known as Pasupatas. This is the place where Lord Shiva appeared first on the earth in the incarnation of Lakulisha. 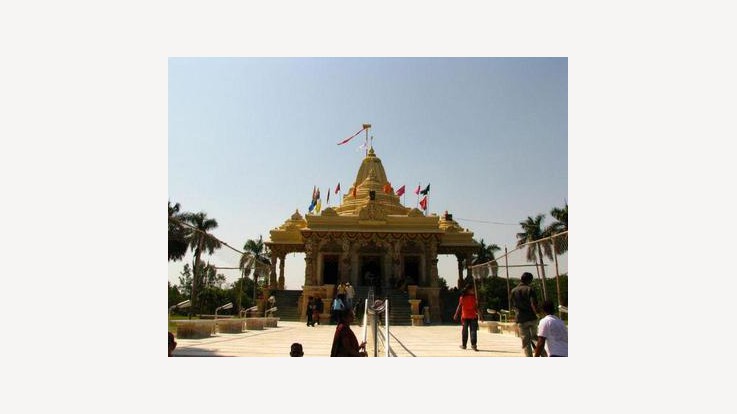 Temple History and Temple LegendKayavarohan temple is built according to the Indian tradition. The temple walls and pillars display fine carvings of nature. The walls also depict different aasanas and forms of Yoga. Shiva lingam itself is a manifestation of a meditating yogi in Shambavi Mudra. The temple also houses an underground meditation cave. Kayavarohan, also known as Karvan is an ancient city. It is believed that this city has existed through all the four eras i.e. Sat Yug, Dwapar Yug, Treta Yug and Kali Yug. As per Shaivite belief, Lord Shiva appeared at this place in the disguise of Lakulish. From here, Lord Shiva transmigrated into the disguise of a Brahmin child. Hence, the place got its name Kayavarohan which literally translates to Kaya meaning Body and Avarohan meaning Descent, where the body of Lord Shiva has descended. A large number of copper coins and a stone quern have been discovered from this site along with a beautiful head of Tapas, an idol of Kartikeya and Uma Maheshwara. The present structure was completed in 1974 by Swami Kripalvanandji. The belief has it that during the uncivilized invasion of Mahmood of Ghazni, this luminous Jyotirlinga of Lakulish merged with all of the other Twelve Jyotirlingas and disappeared. 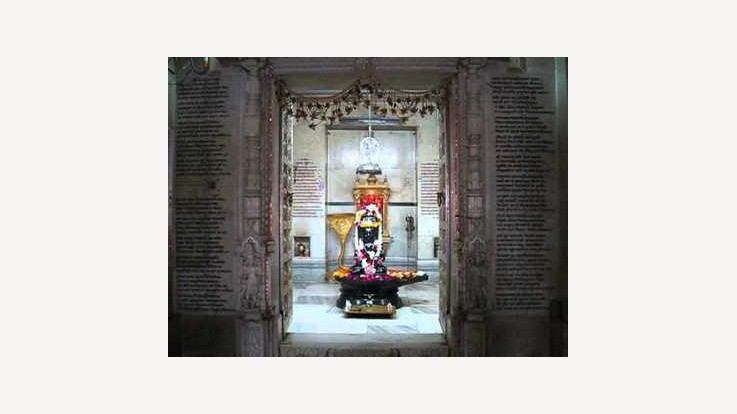 Festivals and CelebrationsMaha Shivratri is a most popular festival in Kayavarohan. Hundreds of men wear Lord Shiva's attire and appear at the temple to seek the blessings.

By Air: Vadodara airport is the nearby airport to access the temple.

By Train: Kayavarohan and Vadodara are the closest railheads.

By Road: The temple stands on the National Highway 8 at a distance of 30 km from Vadodara. Buses are available from Por bus stand.