About the TempleKheer Bhawani temple is nestled in the small village of Tula Mula which is located at a distance of 14 miles east of Srinagar. The temple is associated with goddess Ragyna Devi who is also worshipped as Ragini or Kheer Bhawani. She is an incarnation of Durga Bhagvati. Kheer Bhawani temple is located in the middle of a spring, which is surrounded by a huge area which has been decorated with smooth and beautiful stones. The spring is known as Mata Ragini Kund. The colour of the spring keeps changing. While other colours do not have any particular importance, black colour is considered as an indication of inauspicious times for Kashmir. 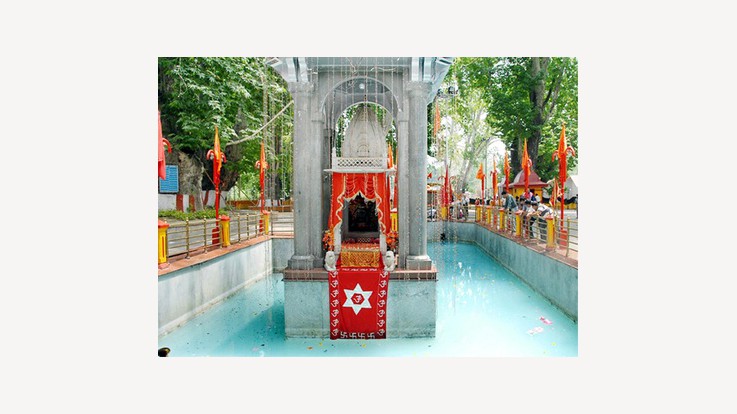 Temple History and Temple LegendThis historic temple was established in 1912 by Maharaja Pratap Singh. Later, it was renovated by Maharaja Hari Singh. Inside the temple, an idol of Goddess Ragyna is adorned in a small white marbled shrine. As per the legend, Lord Ram had worshipped goddess Ragnya during his exile. After his exile ended, the seat of the goddess was shifted to Shadipora but was later brought to the current site according to the wish of the Goddess herself. It is said that Goddess was pleased by the penance of Ravana. Hence, she gave her idol to Ravan and asked him to establish it in Lanka. Later, due to the immoral lifestyle of Ravana, Goddess Ragnya instructed Lord Hanuman to shift her idol at the current place which is now in Kashmir. 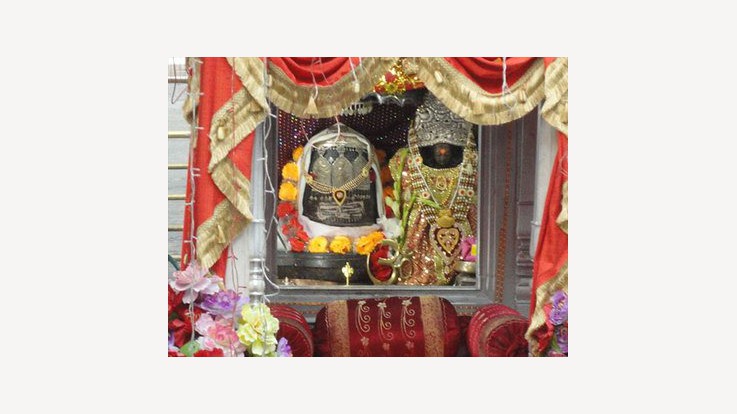 According to another folklore, many years ago floods occurred in this region and the sacred spring of Tula Mula was submerged under the flood waters. The holy place couldn’t be traced. Yogi Krishna Pandit, a Kashmiri local had a dream where goddess appeared and told him that she would swim in the form of a snake and that he should stick large poles. When the water subsided, the holy spot was discovered. This event happened during the Samvat 4041.The temple of Ragnya Devi is also known as "Kheer Bhawani" because devotees offer kheer or rice pudding to the holy spring.

An annual festival is held on the occasion of Jeshta Ashtami during the months of May-June. During this festival, a large number of pilgrims visit the temple to seek blessings of the goddess.

The day of Shukla Paksha Ashtami in the month of May holds great significance for the devotees of Ragnya Devi. It is believed that on this day, goddess changes the colour of the spring's waters. On this day, havans and special pujas are performed to please the goddess.

By Air: Srinagar Airport is the closest airport which is located at a distance of 90 km.

By Train: The nearest railway station is Jammu. From Jammu, it takes around 8 hours to reach the temple.

By Road: The place is well connected to all the major towns of Jammu and Kashmir & New Delhi through national highways.