About the TempleKopeshwar Temple is located at Khidrapur in Kolhapur district of Maharashtra. Khidrapur town stands on the bank of River Krishna at Shirol Taluka of Kolhapur. The city is easily also accessible from Sangli. Khirdapur lies near the border of Karnataka and Maharashtra. Kopeshwar Temple was built in the 7th century AD during the reign of the Chalukya kings. However, it was abandoned due to frequent invasions from enemy kings. The temple was rebuilt by Silhara King Gandaraditya in the 12th century and then by Seuna Yadavas. Kopeshwar Temple is dedicated to Lord Shiva. 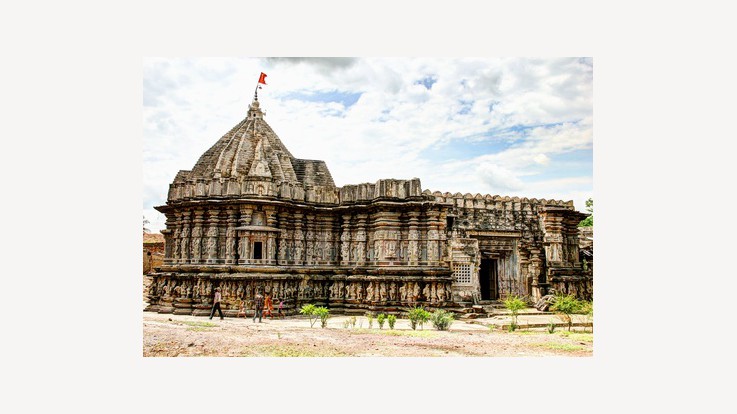 The temple is a marvellous example of difficult skill. The temple is built from carved Basalt stone and is a testimony to the competent skill of its artisans. 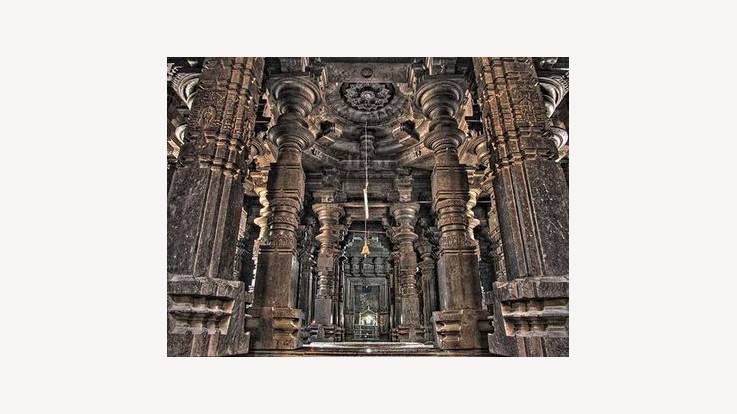 Temple History and Temple LegendThere is a folklore behind naming the temple as ‘Kopeshwar’. Devi Sati. Daughter of King Daksha was married to Lord Shiva. King Daksha was not fond of his son-in-law. Once, King Daksha decided to perform grand "Yajna" ceremony. He invited all the gods, goddess and sages except his daughter Sati and his son-in-law Lord Shiva. Devi Sati felt insulted, and she went to meet her father. When she asked the reason behind not inviting her husband, King Daksha abused Lord Shiva. Sati couldn’t tolerate the abuses hurled towards her husband. In the fit of rage, she jumped in the Havan Kund. When Lord Shiva came to know about the immolation of Sati, he became furious. He destroyed Daksha’s Yajna ceremony and punished King Daksha by beheading him. Later, on the request of other deities, Lord Shiva granted him a new life with Goat’s head. An angry Shiva was brought to this place to calm down his anger. Hence the temple got its name Kopeshwar where ‘Kop’ means anger and ‘Eshwar’ means Lord Shiva. 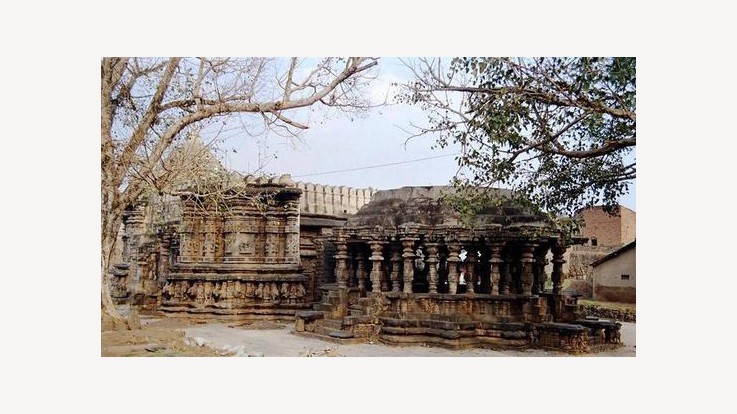 Festivals and CelebrationsThousands of devotees visit Kopeshwar Temple especially on Mondays of Shravan month and during the occasion of Maha Shivratri to seek the blessings of Lord Shiva.

By Air: The nearest airport is Bijapur which is around 34 km away from Khidrapur.

By Rail: Kolhapur is the nearby railway station.

By Road: Khidrapur is 20 km away from Nrushinhawadi, 75 km from Belgaum, 56 km from Kolhapur and 413 km from Mumbai. The town is well connected by roads to all the major cities of Maharashtra. Buses and private vehicles are available from Khidrapur to reach the temple.