The cave temple of Koteshwar Mahadev is devoted to Lord Shiva which is located about 3 km inside the ‘heart’ of Rudraprayag district of Uttarakhand. The temple stands inside a cave on the banks of the River Alaknanda. Koteshwar is believed to be one of the many avatars of Lord Shiva. The unique aspect of this temple is that locals believe that the idols worshiped here were formed naturally after Lord Shiva meditated here. The spring water drops fall from the ceilings of the cave directly and continuously on the Shiva linga. The temple also houses the idols of Goddess Parvati, Lord Hanuman, Lord Ganesh and Goddess Durga. 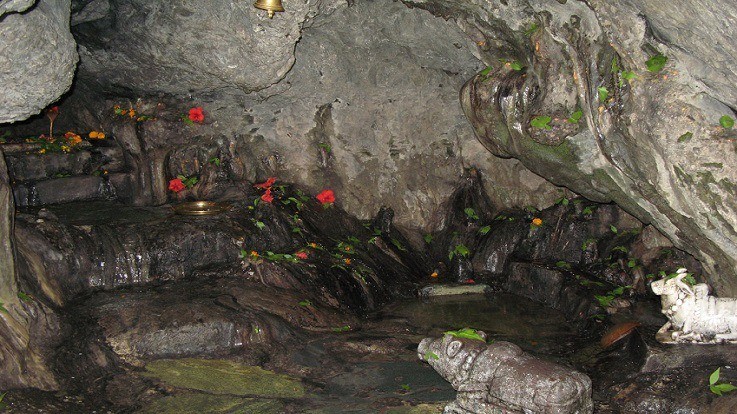 This is the place where Lord Shiva had stopped for meditation on his way to Kedarnath. Hence, this place is considered to be a sacred place. As per mythology, when the Kauravas were vanquished by the Pandavas during the Kurukshetra war, a heavenly voice recommended that the Pandavas pray to Lord Shiva for salvation and penance for the killings. Lord Shiva was not ready to forgive them and hence he moved towards Kedarnath. At that time, the demons residing close to the cave requested Lord Shiva not to leave but Lord Shiva was not willing to stay. At last, he granted a boon to the demon that the wishes of anyone who visits this cave will be fulfilled. Koteshwar Mahadev Temple is famous for granting boons to the childless couples. Koteshwar Mahadev Cave Temple is a naturally formed structure since the ancient times. In the medieval times, the Garhwal rulers made several rock cut steps and pathways to reach this cave temple. It looks absolutely beautiful with granite carvings. The main idol is believed to be a self-manifested structure. Shiv Linga is made of a thick black stone. During the monsoon, the caves are covered with waterfalls which are a stunning view. The temple has an amazing energy and aura which can be felt by devotees. 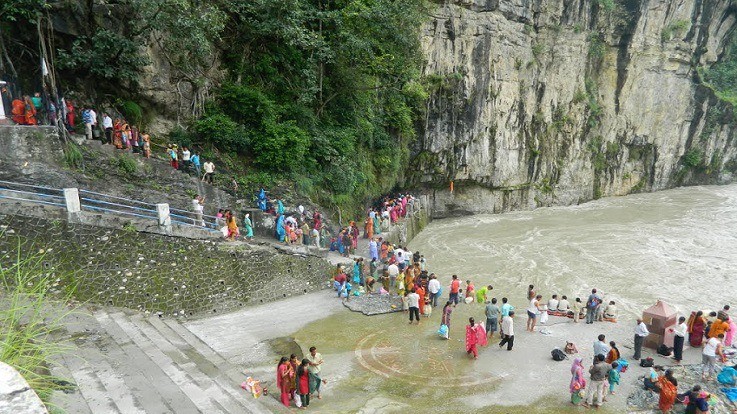 Maha Shivratri is the most important festival celebrated in Koteshwar Mahadev temple. The idol of Koteshwar Mahadev is brought out once every four years in a palanquin, decorated with flowers, ornaments, and a golden crown. The idol is placed under an attractive and designer golden umbrella. The temple is decorated and pujas, havans are performed on Maha Shivaratri. 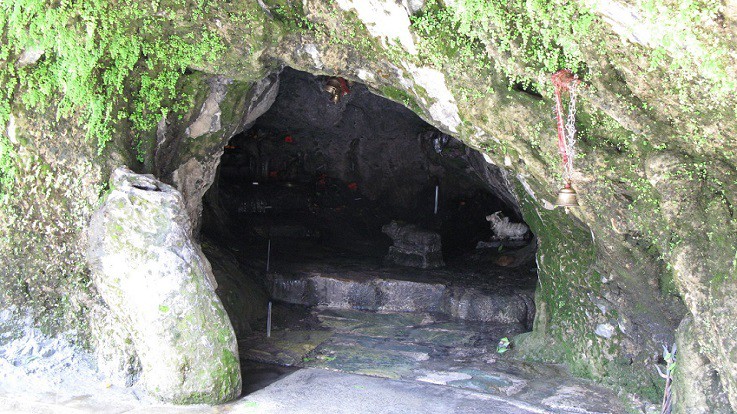 By Air: The nearest airport is Jolly Grant (159 km) which is located at Dehradun.

By Road: The temple is 3 km away from Rudraprayag and it can be reached by taxi, bus or jeep.