Located at about a kilometer from the sea shore, Kothanda Ramar temple is half way to Dhanushkodi and is surrounded by the Indian Ocean. It is believed that the temple is 500 yrs old. The main deities are Lord Ram, Goddess Sita and Lakshman. In this shrine, Since Lord Ram has a bow (Godhandam) in his hand, he is also known as Godhandarama and the place is known as Godhandam. The unique feature of this temple is that Vibhishana is seen worshiping Lord Ram. Since Vibhishana got the blessings of Lord Rama, he is praised as “Vibhishana Azhwar” by the devotees. 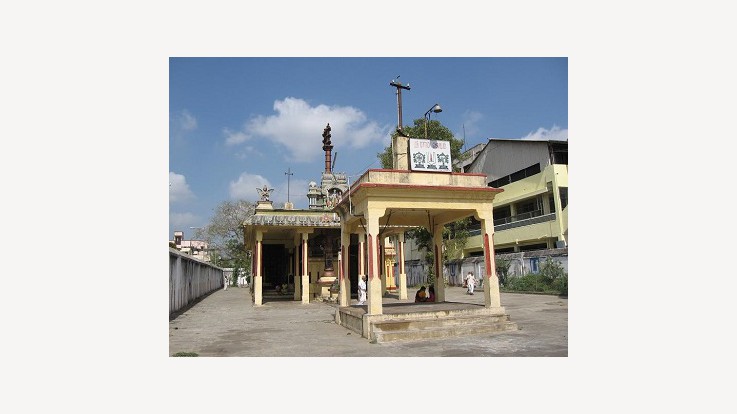 About The Temple:Lord Ram and Lord Hanuman appear together facing each other. Vibhishan is also seen beside Lord Ram. To unite all devotees belonging to the three important sections, Dwaida, Advaitha and Visishtathvaida philosophies, shrines for Lord Ganapati and Sri Anjaneya were created. The temple also has a lecture hall, fine arts hall for musical and dance performances. The devotees contributed for the construction of a majestic Rajagopuram and Dwajasthamba. The old Deepasthamba is replaced with aesthetically styled Rajagopuram. 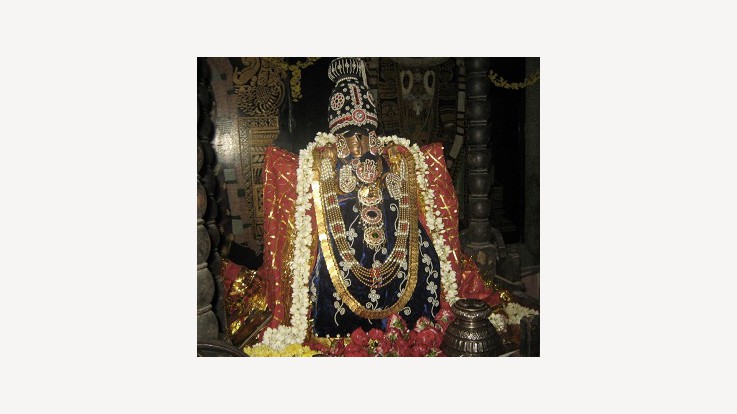 Lord Ram and Hanuman are facing south. A Navagraha shrine was built on the eastern side. The temple has wonderful paintings on the walls which narrates the stories of Ramayan. Aesthetic sculptures beautify the front frame of the sanctum. The silver doors are decorated with the image of Mahalakshmi. The temple has a box of papers containing 13 crore Rama Namas.The Prakara circle has beautiful sculptures of Nruddha Ganapati, Siddhi Buddhi Ganapati, Bala Ganapati, Punnaimara Krishnan, Dasavathara Rama and Yoga Rama. The lime mortar sculptures of Adhi Sankara, Sri Ramanuja, Madhvacharya, Lord Shiva, Vinayaka, Aiyappa, Ram Pattabishekam can also be seen. The temple is an amazing example of sculptural skills of Tamilnadu.

Vibhishana advised his brother Ravana that his act of abducting Sita was wrong and asked him to leave Sita. But Ravana refused to do so. Hence Vibhishana went to Rameshwaram to help Lord Ram. Lord Ram accepted Vibhishana as his brother and declared Vibhishana as the King of Lanka. Apart from the Moolavars, Lakshmana, Hanuman and Sita also bless the devotees as ‘Utsava Moorthies’.

This is the place where Ravan’s brother, Vibhishan surrendered before Ram and was crowned as the King of Lanka after the war, hence the locals decided to build a temple and a team was appointed for the temple. The donations were collected from the devotees.

Lord Ram graces from the sanctum accompanied by Goddess Sita and Lakshmana. The area then came to be known as Ram Nagar after the name of Lord Ram.

The Temple is an outstanding representation of architecture and perfect maintenance. Pujas and Havans are being performed from time to time. 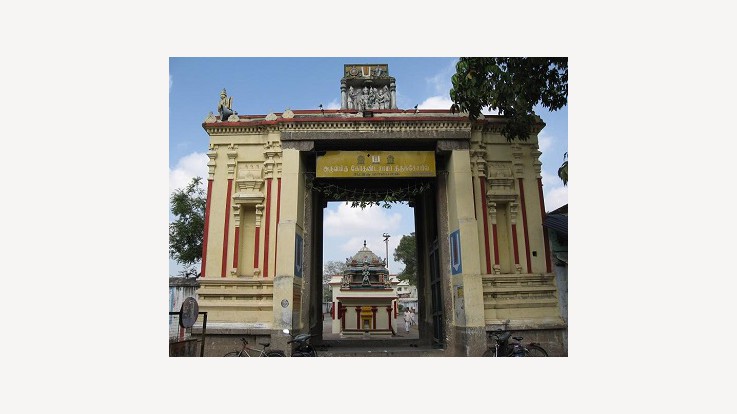 Festivals and Celebrations:Maha Sudarshana Havan is regularly performed on Tiruvonam star days along with Dhanvantri Havan and Hayagriva Havan with chanting of Prapandha verses. Tamil Year day, Karthika Deepam, Vaikunda Ekadasi and Hanuman Jayanthi are the festivals celebrated in the temple. Satyanarayana puja is performed on all Full Moon days. The 10 days of Ram Navami festival is the main event in the temple. Special Tirumanjanam, Alankaras and nivedhanas are offered to Lord Ram on the Ram Navami day followed by the Lord’s procession at night.

During the Ramalinga Prathishtai the events from Ramayan, such as the abduction of Sita by Ravana, Jatayu trying to save Sita, Hanuman’s travel to Lanka, the defeat of Ravana by Ram, the coronation of Vibhishana, Rama installing the Shivalinga, etc are depicted.

Vibhishan Pattabhisha Urchavan is also celebrated during May-June, which holds a special importance.

By Road: Buses from Ramanathapuram to Vathirairuppu are available. It is too close to Gandhipuram bus stand.

By Train: The nearby Railway Station is Coimbatore.

By Air: The nearest Airport is Coimbatore.