Ladu Baba temple is located at Badu Sahi, in the Old Town of Bhubaneswar in Odisha. Ladukeswara or Ladu Baba temple is one of the well-known examples of syncretism of Lord Vishnu and Lord Shiva in Nayagarh hills. The temple is located 30 m north of Chitrakarini temple and 70 m south of Mohini temple and it faces towards the east. The Sanctum of the temple is devoid of any deity. However, the sculptural ornamentation on the exteriors suggests that the temple was originally dedicated to Lord Shiva and here Lord is worshiped as Ladukeswara. 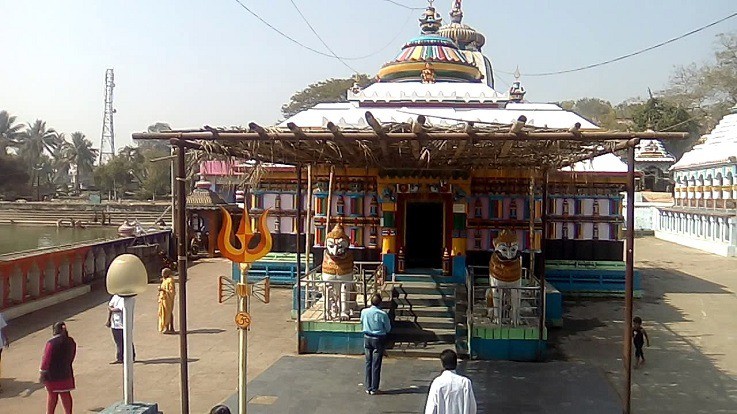 Ladu Baba temple was built during the 13th Century AD. Formerly, the temple was known as Kainchhi Temple. The temple premises houses a number of small and medium sized shrines dedicated to various deities which are built in Kalingan style. These shrines are decorated with a riot of colors. The salient sculptures are the images of mother Goddesses. An artificial pond is seen beside the temple premises. The temple history dates back to the medieval times as it shows a fusion of Kalinga and Dravidian architecture.

According to some local beliefs, during the battle between Rama and Ravan, a major threat was inflicted along the coastline. Hence, the deity of Ladu Baba temple was moved to Ekamra Kshetra from Lanka. This is why the temple is devoid of any idol. It is said a lingam was originally present in the shrine. 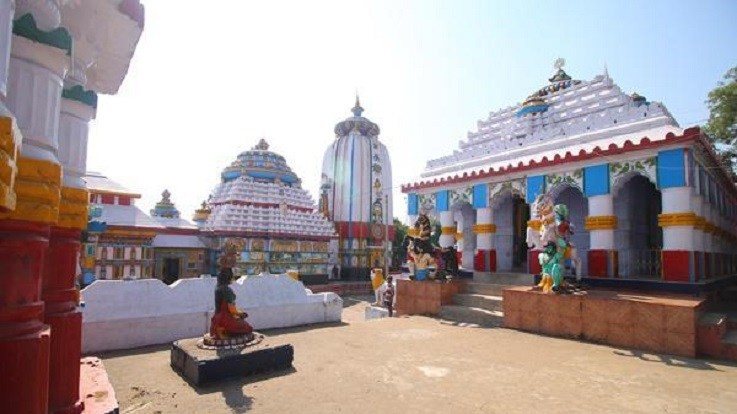 Ladu Baba temple is partially buried up to the Jangha and Pabhaga including the doors. The temple is in a fast process of deterioration. Cracks have appeared in the outer walls of the temple which facilitates seepage of rain water into the sanctum. The temple is in a dilapidated condition. The shrine is a Pancharatha, integrating a quadrangle Vimana. The Vimana has a beautiful front porch. All the Raha niches on three sides are empty except the western Raha niche that enshrines an idol of four armed Lord Ganesha standing on a lotus pedestal. His lower left arm is resting over a Parasu and lower right arm holds a rosary while both the upper left and right arms are damaged. The idol has a Jatamukuta. The trunk of the image is partly broken. An ornamented Makara Torana is seen behind the idol. The door frames are decorated with Patra Sakha, Nara Sakha and Lata Sakhaon either sides of the entrance. At the base of the door frames, two Khakhara Mundi Dwarapala niches enshrining Saiva dvarapalas who hold trident, in their left hand can be seen. The architrave above the door frame is carved with navagrahas within a niche and seated in padmasana. 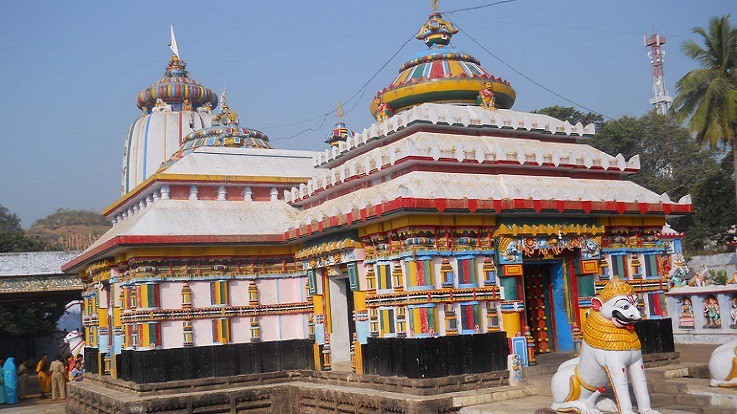 The temple is an important pilgrimage for Shaivites in southern Odisha. Maha Shivaratri, Kartiki Purnima, Makar Sankranti and Diwali are the major festivals celebrated in the temple with great zeal.

By Air: The nearest airport is Biju Patnaik Airport which is about 3 km away from Bhubaneswar.

By Road: Bhubaneshwar is well-connected by motorable roads with all the major towns of Odisha.

By Train: Bhubaneswar Railway Station is situated in the center of the city.