About the TempleMaa Pitambara temple is devoted to Mahavidya goddess Bagalamukhi. The temple is situated in Amleshwar town of Chhattisgarh. Goddess Bagalamukhi is one of the ten Mahavidyas and she is also known as Great wisdom goddess. She is believed to destruct the misconceptions and delusions of her enemies and protects her devotees from their enemies. Popularly known as Pitambara Maa, Goddess Bagalamukhi is the wisdom goddess who symbolizes the force of female. “Bagala” means the bride and “Mukhi” means faced. Her name depicts “the one with the face that has the power to control”. Another meaning of Bagalamukhi is crane faced. Goddess Bagalamukhi has the golden appearance and she wears yellow attire. The Goddess sits on a golden throne in the middle of an ocean of nectar which is surrounded by yellow lotuses. Her head is decorated with a crescent moon. In sacred scriptures, the Goddess is described as the Dwi-Bhuja or the two armed and the Chatur-bhuja or the Four armed.

Temple History and Temple LegendMaa Pitambara temple was found by Param Pujaya Shri Pitambara Pithadhishwar Yogiraj Youdhishthir Maharaj. Goddess Baglamukhi is believed to be the eighth MahaVidya. She is invoked for the destruction of the enmity. Bagalamukhi Devi exists independently, she can even exist devoid of male counterparts, unlike the shakti who are believed to derive the primary source from males. Thus, Bagalamukhi represents the potent female primal force. 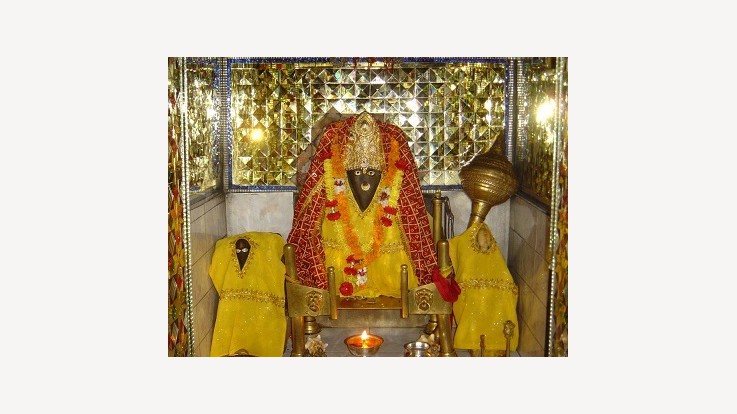 According to Hindu legends, once a mighty storm erupted over the earth which threatened to destroy the creatures on the earth.All Gods assembled in Saurashtra to discuss the solution. At this point, Goddess Bagalamukhi appeared from Haridra Lake as she was appeased by the prayers of God. She calmed down the destructive storm. Since then, she was worshipped as an incarnation of Goddess Parvati. 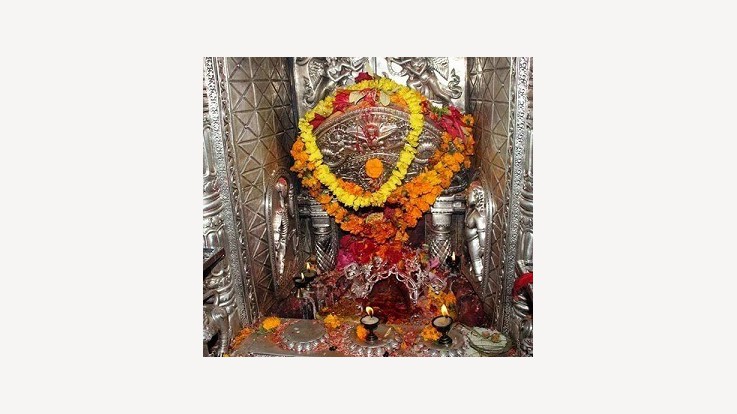 Festivals and Celebrations The festival of Navaratri is celebrated with great pomp and fervour in the Maa Pitambara temple. The temple organizes a grand celebration before Dussehra. All forms of Shakti and Maa Baglamukhi are revered during the 9-day long ritual which is celebrated in the temple. The celebrations involve various processions and elaborate preparations including religious puja. The temple also celebrations the occasion of Guru Purnima and special puja is performed during Vasant Panchmi.

By Train: The nearest railway head is Raipur.

By Road: Raipur is well connected to all other major towns of the country via a good network of roads.