About the TempleMachel Mata is an incarnation of Goddess Durga. The shrine of Machel mata popularly known as Machail Mata is nestled in the Machel village in Kishtwar District of Jammu. Every year thousands of pilgrims from Jammu visit the shrine. The pilgrimage begins in the month of August every year. Machel Mata temple is one of the most important and revered temples in the Jammu region that stands in an alluring location which is bestowed with natural beauty. The sacred temple of Machel Mata is situated at the elevation of over 10,000 ft above the sea level in Machail village which is surrounded by tall mountains, dense forests of Deodar and an attractive meadow. The most beautiful and historical idols of Lion ridden Goddess Chandi and Goddess Lakshmi, made of silver and white marble are seen inside the sanctum of the temple. 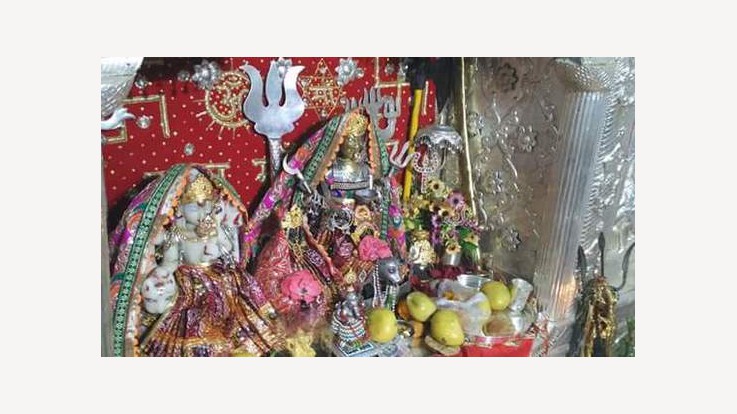 The temple history of Machel Mata is entwined with the conquests of Zorawar Singh Kahluria, who in 1834 sought blessings of Machel Mata, before crossing the mountains and Suru River, with 5000 men for vanquishing an army of local Botis of Ladakh. He became an ardent devotee of goddess after the successful mission.

According to a local legend, long ago Goddess Chandi appeared at Machail village in the form of ‘Shila’. Goddess relocated to Machail village from her ancient abode of Mindhal Battas to help and bless the simple, ignorant people of Paddar region. 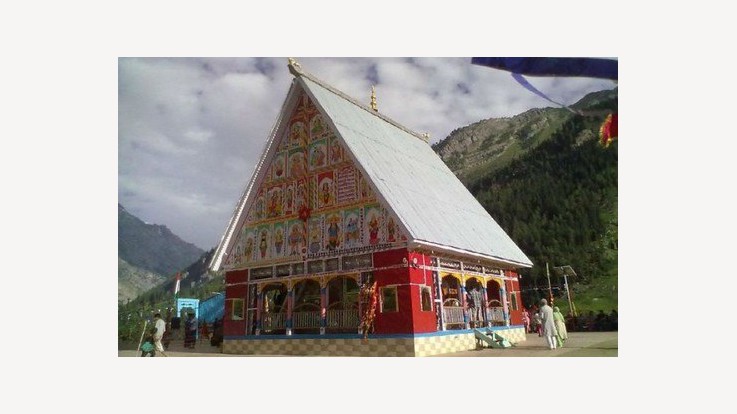 'Chhadi Yatra' starts from Chinote in Bhaderwah and ends at Machail in Paddar. Every year thousands of devotees visit the temple during Chhadi Yatra. From 1987 onwards, Thakur Kulveer Singh started ‘Chhadi Yatra' that is held every year. There are lots of supernatural incidences and miracles that the pilgrims experience. Kirtans, Bhajans and gungaan of the Goddess continues at halting places till late night. The most important and beautiful sight of the Machail Yatra is the unique and sacred mace of the Goddess which remains ahead of the pilgrims and provides strength and inspiration to the devotees.

Gulabgarh is the base camp. From Gulabgarh, the journey starts on foot for about 32 km. It takes two days to reach the shrine by foot. On the way, there are many villages, where an overnight stay is possible. The Chhadi takes three days to reach Machail. Roadside ‘Langers’ are arranged to provide free food at various places on the way to the Gulabgarh. The government of Jammu and Kashmir also makes arrangements of basic amenities for the devotees.

By Train: The nearest railway station is Jammu.

By Road: Bus and cab service is available from Katra and Jammu. Helicopter service to Machel Mata temple is also available from Jammu and the base camp of Gulabgarh.

By Air: The nearby airport is located at Jammu.