About the Temple:Madangopal Jiu temple is situated at Mellock village of Howrah district in West Bengal. This temple is also known as Gopaler Mandir which is dedicated to Lord Radha Krishna. It is a huge, terracotta ornamented, dilapidated temple. Earlier the temple was located on the banks of the Rupnarayan river but currently, the river has changed its path of flowing.

Temple History and Temple Legend:Madangopal Jiu temple was built in 1651 AD by Mukundaprasad Roychoudhury, a family member of the Roy Zamindars. The temple has one of the largest roofs with 8 slopes. The entire temple was constructed by using the fired clay. The three arches adorn the main entrance of the temple. The temple faces towards south and it has a large number of sculptures and designs that display the influence of the ideologies and culture of Zamindars. There are two additional entrances in the temple which face towards the west and east respectively. The temple stands 40 ft tall and which is equivalent to three storied building. The current condition of the temple is ramshackle. However, the reconstruction has been started. 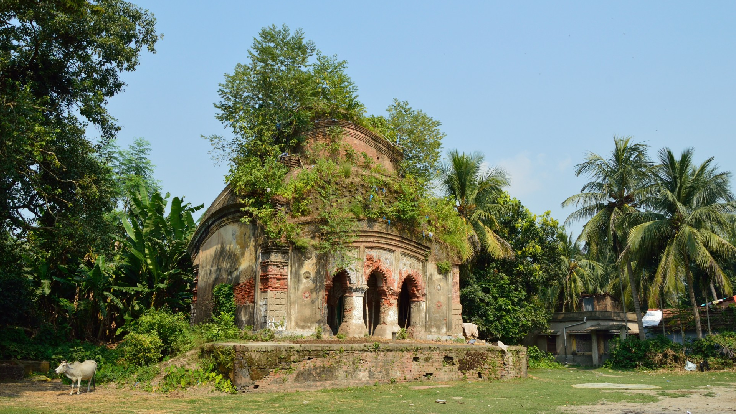 As per the priest of the temple, doing charity and taking a holy dip in Rupnarayan River on the auspicious day of Kartik Purnima is equivalent to performing hundred Ashvamedh Yagyas. A large number of devotees visit this temple. This temple was destroyed and reconstructed in the year of 2010. 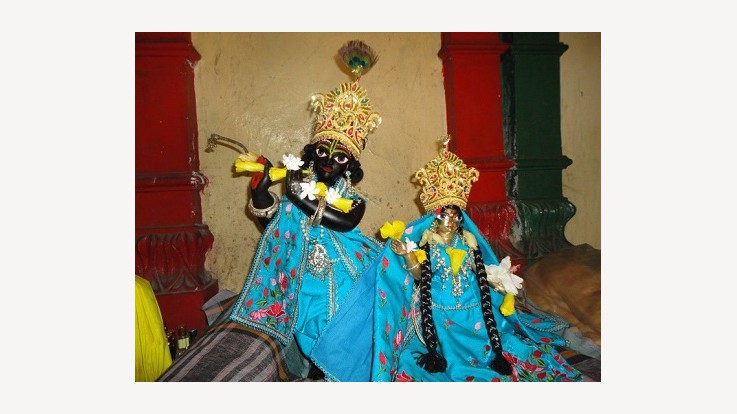 Mellock village has a history that dates back to several centuries. The temple was constructed in 1651 AD by Mukunda prasad Roychoudhury who was a wrestler. Then, the road to the temple was linked to the barrage by a shoddy and small wooden bridge. Being strong and muscular, Mukunda prasad used to carry two heavy stone dumb-bells in his arms to the temple. One of the stones is still seen in the temple premises.

All festivals are celebrated in this temple, but those related to Radha and Krishna such as Janmasthmi, Radha Asthmi, Gopasthmi and Holi are celebrated with great enthusiasm. Holi is celebrated a day after Dol Purnima. On this day, the idols are placed in an ancient wooden palankeen. Special rituals and puja are conducted in the temple. Later, in the evening, the idol is brought back to the temple. During this procession, the bonfires are placed alongside the path and the devotees carrying the palankeen have to make their way through it.

By Air: The temple can be reached through Netaji Subhash Chandra Bose airport (27 km).

By Train: The nearest railhead is Howrah railway station (13 km).

By Road: The temple is located in Mellock village which can be reached by hiring the auto, bus or taxi from anywhere in West Bengal.