Mahaganpati temple is devoted to Lord Ganesh. One of the eight Ashtavinayak shrines, Mahaganpati temple is nestled in Ranjangaon, at Shirur Taluk, near Pune, Maharashtra. This temple is the eighth and last temple in the series of Ashtavinayak shrines. Here Lord Ganesh is worshipped as Mahaganapati since the Lord is believed to be a majestic deity with several arms and trunks. The self manifested idol of Mahaganapati is seen seated on a lotus and flanked by his consorts Riddhi-Siddhi. It is believed that another idol is hidden below the present idol which has 10 trunks and 20 arms. It was hidden during the invasion of the Mughals. This idol is known as Mahotkat. 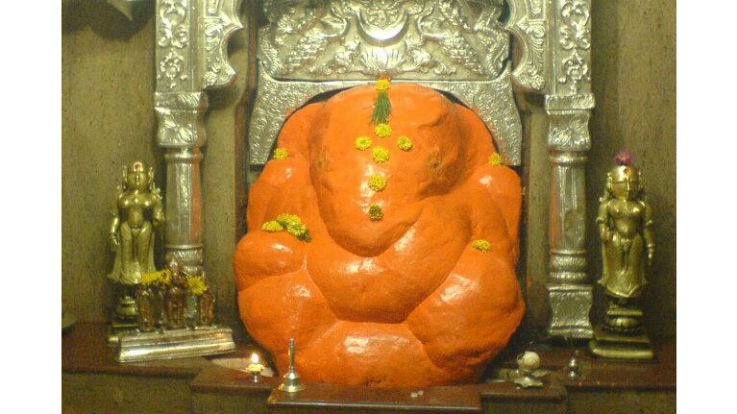 Mahaganapati Idol was inaugurated and donated by Khollams, a Gold Smith family of Ranjangaon. According to the history the temple was built in during 9th and 10th century by Sardar Kine. The main temple looks like temple from Peshwa's period. Peshwa Madhavrao had constructed the Garbhagriha and the stone sanctum. The temple faces towards east and it has a huge & beautiful entrance gate. Mahaganapati temple has been constructed in such a manner that the Sun rays falls on the idol during the southern movement of the sun. Mahaganapati Temple is also known as Tripurarivade Mahaganapati which literally translated as Lord who helped defeat demon Tripurasur. 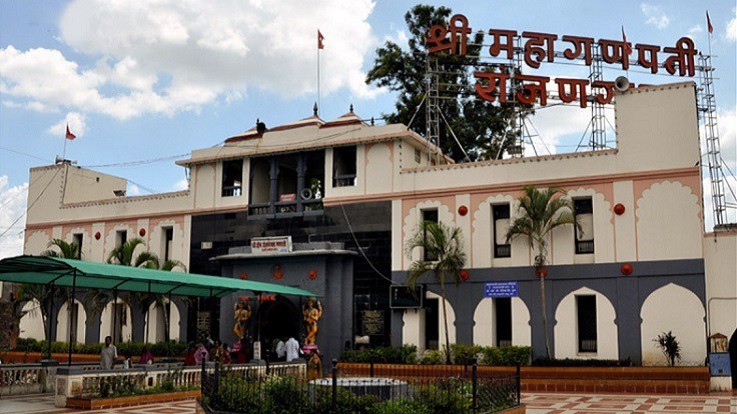 Sage Gritsamad’s son Tripurasur was a devotee of Lord Ganesh. Pleased by his prayers, Lord Ganesh blessed him and gave him three pura’s which was made of silver, gold and iron. It can be destroyed only by Lord Shiva. Later, Tripurasur created havoc in the universe. Lord Brahma and Lord Vishnu were disturbed by his atrocities. Sage Narada advised gods that they should seek the help of Lord Ganesh. Lord took a form of Brahmin and asked Tripurasur to bring the Chintamani idol from Mount Kailash. And in return he promised Tripurasur that he will give him flying planes. He woud be able to go anywhere within minutes Tripurasur went to Mount Kailash and fought with Lord Shiva for the idol. Lord Shiva worshipped Lord Ganesh. He recited the Shadaakshar Mantra and invoked Lord Ganesh, who asked him to recite Sahastranam and direct an arrow at the three puras of Tripurasur. Thus, Lord Shiva defeated Tripurasur. He also built a temple for Lord Ganesh at this place.

Vinayak Chaturthi is celebrated in a grand manner. All the villagers visit the temple for the Ganesh Puja instead of bringing home idols. Mahaprasad is offered to Lord Ganesh on the fifth day. The deity is taken out in a procession on a flower palanquin on the sixth day.

By Road: Ranjangaon is 50 km from Pune. Bus, taxis, cabs and other private vehicles are available from Pune to reach the temple.

By Train: Pune is the closest railway station.

By Air: The nearest airport is located at Pune.