About the TempleLocated at Ratanpur, in Bilaspur district of Chhattisgarh, Mahamaya temple is dedicated to Goddess Mahamaya. It is one of the 52 Shakti Peethas. The temple was built between the 12th and 13th century. The temple enshrines the dual idols of Goddess Mahamaya. The front image is of Mahishasur Mardini and a rear idol is of Goddess Saraswati. The temple is constructed according to Nagar architecture. The temple has 4 beautifully carved gates. Mahamaya Temple is supported by 16 stone columns. The temple is surrounded by a thick and huge boundary wall from every side. The temple is supported by sixteen stone columns and it has many statues and motifs used in the temple have been taken from the broken temples of earlier centuries, including some Jain shrines. The main complex of the temple houses the smaller idols of Goddess Mahakali, Bhadrakali, Sun god, Lord Vishnu, Lord Hanuman, Bhairav and Lord Shiva. It is believed that the Abhishek and puja of the goddess were first performed by King Ratna Dev of Kalinga in 1050 AD when he shifted his capital to Ratnapur. 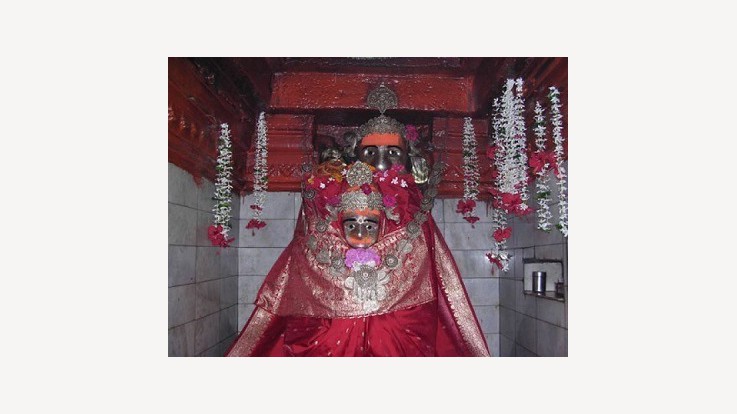 Temple History and Temple LegendMahamaya temple stands to face towards North and is located beside a huge water tank. Mahamaya temple was established during the rule of Kalchuri King Ratnadev-I who was a founder of Haihaiyavansi Kingdom. It is believed that the temple was established at the site where King Ratandev-I had darshan of congregation of goddess Kali. Originally, the temple was built for three goddesses, including Goddess Mahakali, Maha Lakshmi and Maha Saraswati. Later, Mahakali left the old temple. This current temple was constructed in 1492 AD by King Bahar Sai, especially for goddess Maha Lakshmi and goddess Maha Saraswati. Mahamaya is the Kuldevi of Ratanpur state. The temple has been renovated by the architecture department. The main temple is surrounded by huge halls where Jyoti Kalashas are lit on behalf of the devotees. The Kalashas are kept “alive” for the entire nine days of Navratri. This is why they are also called Akhand Manookaamna Jyoti Kalashas. 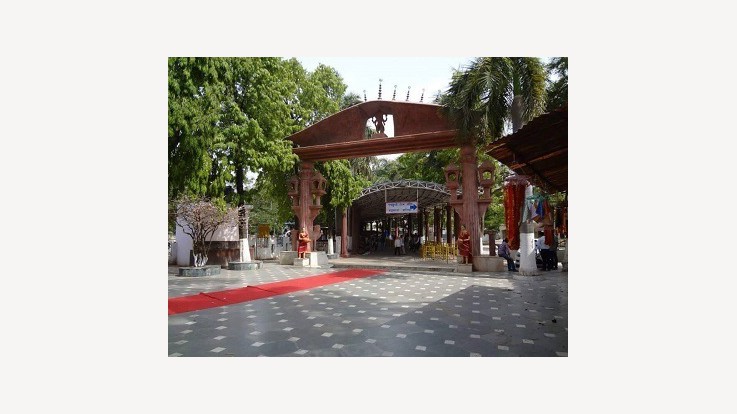 Festivals and CelebrationsThe festivals of Chaitra Navratri, Ram Navami, Vasanta Navratri, Maha Navratri and Diwali are celebrated with great devotion in this temple.

By Air: The nearest airport is located in Raipur.

By Rail: Bilaspur is the closest railway station.

By Road: Taxi, cab and buses are easily available to reach the temple. The temple campus is half a km away from the highway.