Mahasu Devta Temple stands on the banks of river Tons near the Tuini-Mori road at Hanol village of Chakrata in Uttarakhand. The village is named Hanol after a Brahmin Huna Bhatt. Hanol is well-known for Mahasu Devta Temple. Thousands of devotees from various places visit Mahasu Devta Temple to seek his blessings. Mahasu Devta or Lord Mahasu is worshipped as a God of Justice and his decision was believed to be acceptable by natives and local rulers. The presiding deity of the temple is Mahasu Devta who is worshiped by the locals of Hanol and nearby villages. 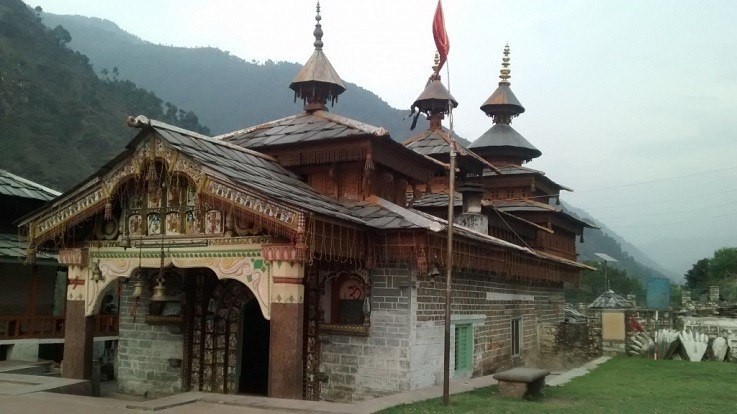 An ancient temple of Mahasu devta was constructed during the 9th century in Huna architectural pattern. Later on, the temple got a mixed style of architecture. At present Archaeological Survey of India looks after the temple.

According to a popular legend, demon Kirmir created havoc by killing the people of Hanol will with his unmatched strength. Kirmir killed seven sons of Huna Bhatt, a god-fearing Brahmin. When the demon cast an evil desire on the Brahmin’s wife, she prayed to Lord Shiva for protection. The couple performed some holy rituals to get relief from the demon. Their prayers were answered by the creation of four Mahasu Devata brothers called Vasik, Pavasi, Chalda and Botha. The temple at Hanol is dedicated to Mahasu Devata Botha. 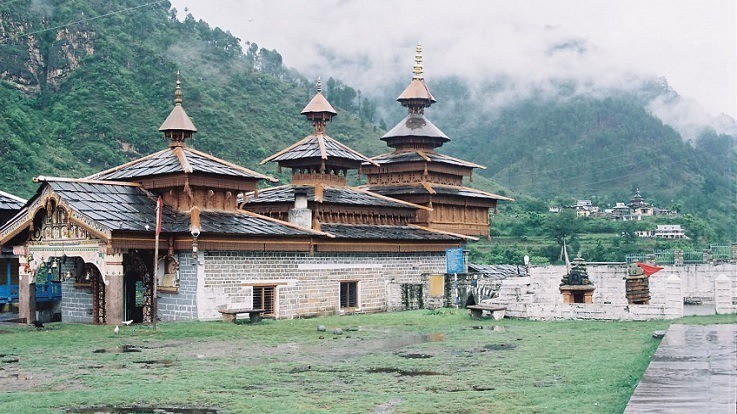 As per the Hindu mythology, demon Mandarth used to reside in Hanol village. As the villagers were terrified, a devotee prayed to Lord Shiva and asked his help. Lord Shiva then order Deolari Devi, a native of Hanol village to send her four sons to fight against demon Mandrath. A battle took place between them. At last, the four brothers killed the demon. After few years, while ploughing the field, a farmer found the four Shiva Lings. These four Shiva Lings were named after the four brave sons of Deolari Devi as Botha, Pavasik, Vasik and Chalda. Since then, Lord Shiva is worshipped as Mahasu Devta by the locals. The temple of Botha Mahasu is the main shrine that is located in Hanol.

On Maha Shivratri, sacred ceremonies and special puja are performed at the temple. The festivals of Navratri and Deepavali are also celebrated joyously in this temple.

Mahasu Devta fair is held every year in August. It is the most important religious fair of the local tribe. This fair continues for three days and night. This fair depicts the cultural harmony between the communities. The temple deity idol known as Chalta Mahasu is taken out in procession during the fair.

By Air: The nearest airport is Jolly Grant Airport (207 km) which is located at Dehradun.

By Rail: The nearest railway head is Dehradun (180 km).

By Road: Mahasu Devata temple is 180 km from Dehradun and 80 km from Mussoorie. Buses and private vehicles are available to reach the temple.