The Marikamba Temple has wide followers of devotees. It is believed that the Goddess Marikamba fulfils all the wishes of their devotees, making the temple most divine place in the state. Thousands of devotees from the states like Tamil Nadu, Kerala and Andhra Pradesh, visit this place of divinity every day to make their wishes come true.

It is believed that devi was carried away to the Sirsi from the Hangal district of Dharwad district. The temple has the beautiful backdrop with tender coconut trees and glistening rocks. It is one of the biggest idols of the goddess in Karnataka district. The temple has beautiful idol of goddess with eight hands carrying all different weapons and seated on the king of jungle, Lion. The idol is a perfect example of architectural epitome. 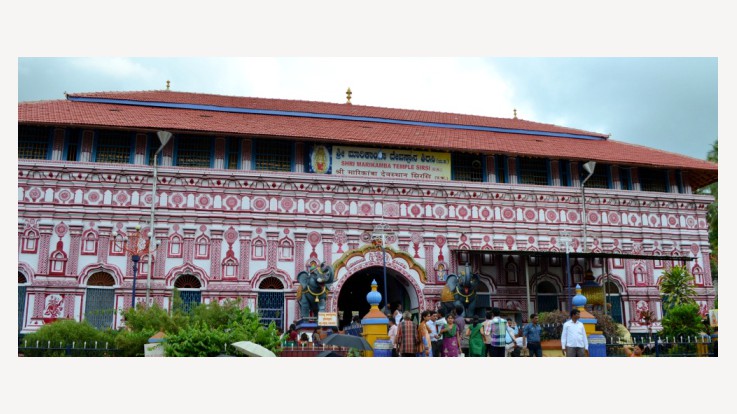 The temple has a legend that supports its existence. Many hundreds of years back, the goddess gave darshan to one of his vigorous devotee in his dream. She informed him about an idol to be present in tank outside the town, which is the present Sirsi town. She told her to worship the idol in order to establish the prosperity and happiness in the town. The devotee immediately went to outskirts of town and to his surprise he found the idol as exactly placed in the tank as described by the goddess. He then took the idol with him to the temple and since then this temple was established that made people believe that the goddess herself gave the idol to the people of this town so that any unhappy and pitiful person can ask the goddess for prosperity in his life. This temple was then established in the 17th century. 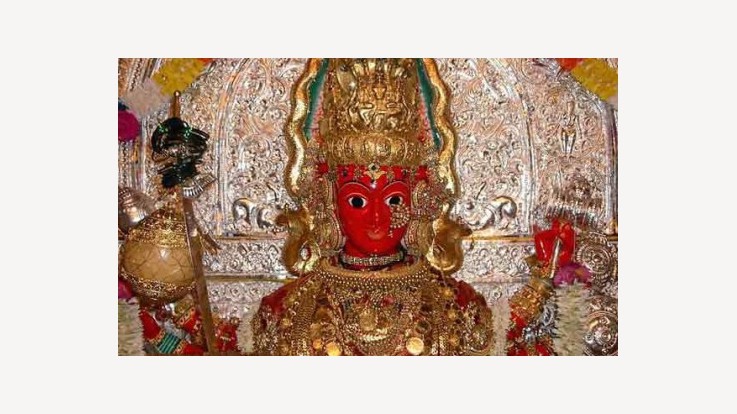 There’s even a Car Festival held once every two years which attracts lots of young crowd too. Nearby temples include temples of Maha Ganpati and Sri Gopalakrishna.

How to get there:-

By Road:-Sirsi is well connected by roads. 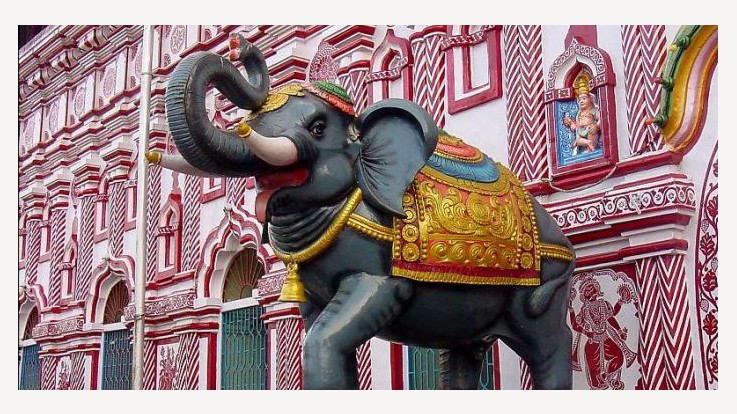 side view of Marikamba Temple