Martand Sun Temple is dedicated to Lord Surya. The temple is located some 64 km away from Srinagar, in Anantnag district of Jammu and Kashmir. Martand is a Sanskrit name for Sun-god. This temple is situated on the highest point of the lofty Karewa plateau, overlooking the Mattan village. The village derives its name from the presiding deity Martand. This is one of the well-preserved stone temples. Various shrines are constructed around Martand temple. 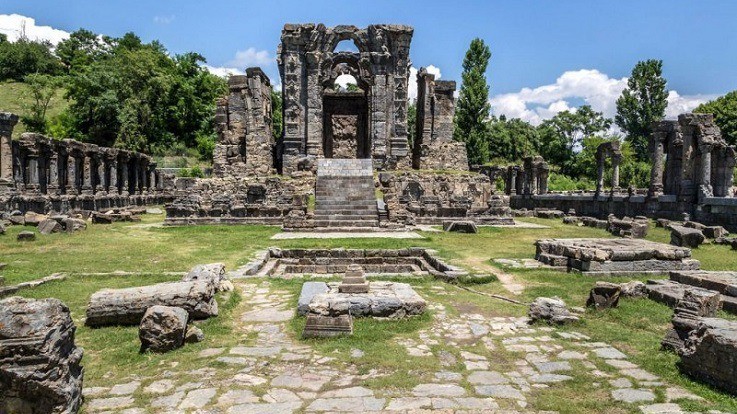 Now in ruins, Martand temple was established during the 8th century by King Lalitaditya Mukhtapida of Karkota Dynasty. Locals attribute the main edifice to King Ranaditya and the colonnade to Lalityaditya. The foundation of the temple was is said to have been around since 370 - 500 AD. The excavation of this temple revealed that before the construction of the present temple, there was an existence of another shrine with smaller dimensions. It is believed that this smaller shrine was built by King Ranaditya. The idol of Martanda was worshipped till the end of 14th century AD. In the early 15th century, the temple was destroyed by Sultan Sikander Butshikan. Like most ancient temples of Kashmir, Martand temple also consists of a courtyard with the main shrine standing in the middle. The main temple has three separate chambers. The outer chamber is named Ardkamandapa or 'half temple’; the middle chamber is called Antarala or 'mid temple’ and the inner chamber is known as Garbhagriha, or 'womb'. The Martand Sun temple is situated on top of a plateau, near Anantnag town. King Lalitaditya constructed Martand Sun temple to commemorate Lord Surya. This beautiful Martand temple has a colonnaded courtyard. The temple houses 84 columns. It offers a breathtaking view of the Kashmir Valley. The architecture and design of the Martand Sun temple are the rare ones in the world. Hard and square limestone has been used to build this temple. Martand temple serves as the best example of the skill and talent artisans. Apart from the marvelous architecture, another attraction of the Martand temple is its picturesque location. The temple stands on a square field with the snow covered mountains serving as its backdrop. 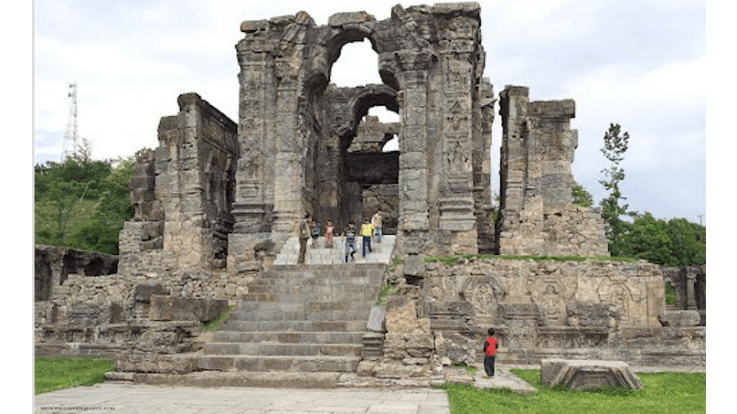 By Air: Martand Sun temple can be reached from Srinagar airport which is 63 km away from Anantnag district.

By Train: Anantnag is the nearest railway station.

By Road: Anantnag is well-connected to all the major towns of Jammu and Kashmir. Buses and private vehicles are easily available to access the temple.