The temple of Mata Kuan Rani also known as 'Princess of the Well Temple', stands near the bank of the Beas river in Mandi town of Himachal Pradesh. The temple is considered sacred to both Tibetan Buddhists as well as Hindus. The temple is dedicated to the Kuan rani or princess of the well and it is consist of a slate-roofed over a deep well. The temple history dates back to the time when according to a legend, Mandarava, the Princess of Sahor (Mandi), got married to Padmasambhava. The father of princess Mandarava, King Arshadhara became angry and agitated. He sentenced them to death in a fire which raged for seven days. Later, a lake and a lotus appeared after the smoke was absolved. 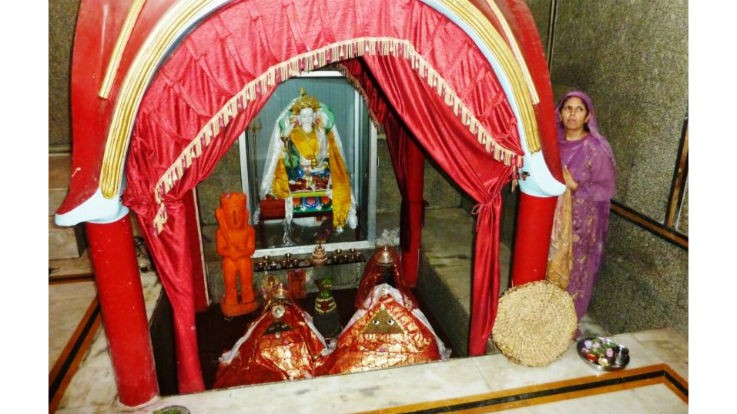 The temple has an interesting legend behind its origin. As per the legend, Princess Mandarava of Sahor became a consort of Padmasambhava. Mandarava was the daughter of Queen Mohauki and King Arshadhara who was believed to have been born as a prodigy and an 'Awareness Dakini'. She was very beautiful. She refused all the marriage proposals. She left the palace and started visiting different places to pursue her religious destiny. She was ordained by the famous Buddhist scholar Santaraksita, who was also said to have been a native of Sahor and conciliated with her father who provided a place for the meditation and penance. When Padmasambhava came to Sahor from Orgyen, the princess fell for him and became his disciple. On seeing this, king Arshadhara became angry and furious. He sentenced them to death in a fire which raged for seven days. After the smoke cleared a lake appeared with a lotus in it. The lake is known as Rewalsar which is located about 24 km from Mandi. Later, the king understood the wisdom and power of Padmasambhava and he requested teachings from him.

By Air: Bhuntar Airport located at Kullu is the nearest airport which is 60 km away from the temple.

By Rail: Joginder Nagar is the nearest railway station at a distance of 50 km from the temple. Private vehicles are readily available from Joginder Nagar to reach Mandi.

By Road: Mandi has good road connectivity. State owned buses and private buses connect Mandi to all the major towns of the Himachal Pradesh like Manali, Palampur, and Dharamsala. Local buses are available every hour to reach the temple.