Mata Mansa Devi temple is devoted to Goddess Mansa Devi, an incarnation of Shakti. The revered Siddh Peeth is nestled in the Bilaspur village in the Panchkula district of Haryana. The temple complex is spread over 100 acres of the Shivalik foothills in Bilaspur village. It is considered among one of the prominent Shakti temples in North India. According to a legend, the head of Devi Sati was dropped at this place. Mata Mansa Devi is worshiped along with Goddess Saraswati and Goddess Lakshmi in the form of Pindis or Stone pebbles. Recently, a marble bust of the deity, adorned with silver crown and ornaments has been sculpted. The bust is enshrined in a small silver plated vault. The temple complex also houses the shrines for Lord Shiva, Lord Hanuman, Goddess Naina Devi, Kali Devi and Vaishno Devi. Adjoining the main temple is a beautiful garden. There is a pond in front of the temple where pilgrims take a holy dip. 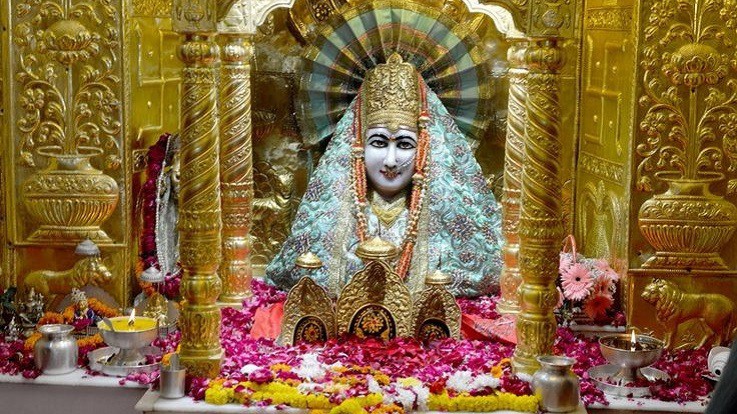 The temple has Moghul architecture which is also known as ‘Panchayatana’. The striking feature is that the four shrines are located at the four corners and the fifth shrine is located in the middle. The temple has four minarets at four corners with a cupola on the top. The temple stands on an elongated circular drum and has Onion shaped domes. The facade shows miniature vaulted alcoves. There are thirty-eight panels of wall paintings besides floral designs painted all over the ceiling and the arches leading into the temple. The temple walls are adorned with murals of Navagrahas, Nakshatras, themes from Puranas and epics. 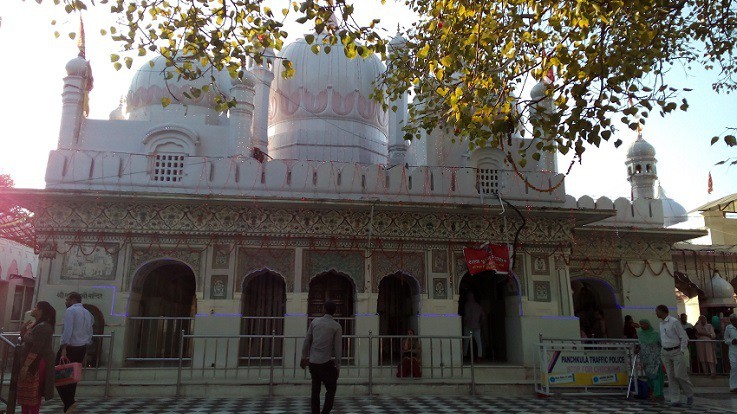 By Air: Chandigarh airport (20 km) is the nearby airport to access the temple.

By Train: Chandigarh railway station (7 km) is the closest railhead.