Maya Devi Temple, Haridwar is consecrated to Goddess Maya. The temple is nestled in the sacred town of Haridwar of Uttarakhand state. It is believed that the heart and the navel of Goddess Sati were dropped at the site where the temple stands today and thus it is regarded as a Shakti Peeth. Goddess Maya is the Adhisthatri Devi of Haridwar. She has three-head and four-arm. She is believed to be an incarnation of Shakti. In ancient times, Haridwar was known as Mayapuri in veneration to Maya Devi. The temple is known as a Siddh Peetha which means it is a place of worship where all the desires get fulfilled. Maya Devi Temple is one among the three Siddha Peeths in Haridwar. Other two Siddh Peeths in Haridwar are Chandi Devi and Mansa Devi. 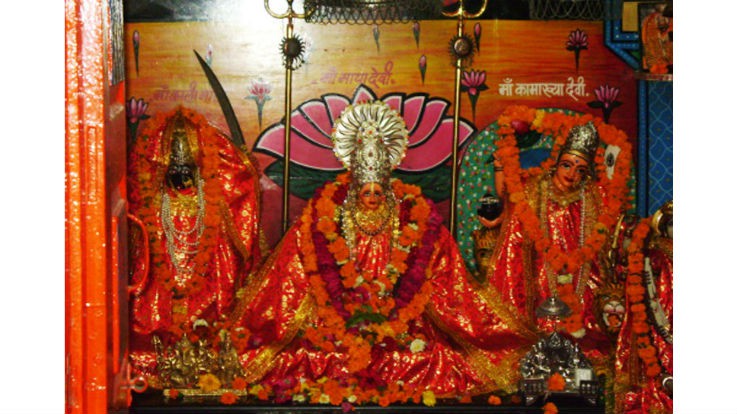 The history of Maya Devi temple dates back to the 11th century and temple has an ancient glory associated with it. It is one of the three temples that belong to an ancient era in Haridwar which is still intact. The other two temples are Narayana-Shila temple and Bhairava temple. The inner shrine of the temple houses the idol of Goddesses Maya in the center, Goddess Kali on the left, and Devi Kamakhya on the right. The shrine also has idols of two other goddesses who are a form of Shakti. The temple is among 53 Siddha-Peeth and also among Panch-Teertha in Haridwar. 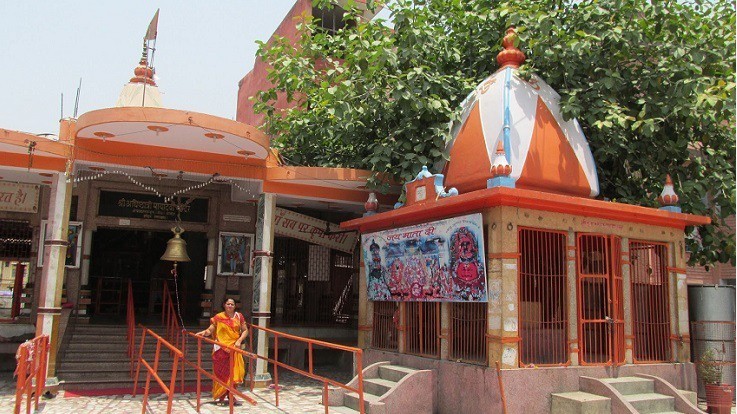 According to the Hindu mythology, Lord Shiva’s wife Sati set herself on fire as she couldn’t bear the insult of Lord Shiva by her father. When Lord Shiva came to know that Sati killed herself to keep his honor, he became very angry. An enraged Shiva performed Taandav by carrying the dead body of Sati. To pacify Lod Shiva, Lord Vishnu cut the dead body of Sati into 52 parts by his Sudarshana Chakra which fell on the Earth and became holy spots to pray to the Goddess named Shakti Peeths. The temple is associated with its religious beliefs and myths. The fables of bygone eras are held in high regards by the pilgrims visiting the temple. Hindus believe that it was at this site of Maya Devi temple where the naval and the heart of Sati were dropped.

The festivals of Chaitra Navratri, Ashwin Navratri and Deepavali are celebrated in a grand manner.

By Air: The nearest airport is Jolly Grant (35 km) which is located at Dehradun.

By Train: The nearest railway head is Haridwar (1 km).

By Road: The temple is located near Har ki Pauri and is easily reached by buses and auto rickshaws.