About the TempleMoteshwar Mahadev is also known as Shree Bheem Shankar Mahadev which is an abode of Lord Shiva at Kashipur village of Nainital district in Uttrakhand. During the ancient era, this place was known as the Dakini State. Here, Lord Shiva can be seen in his full face as a Jyotirlingam known as Bheem Shankar. Lord Shiva is the presiding deity in this temple but some other deities are also worshipped in this ancient temple. This includes Lord Ganesh, Kartikeya swami, Goddess Parvati, Goddess Kali, Lord Hanuman and Lord Bhairav. Moteshwar Mahadev temple has a great religious significance and is very popular among the Shiva devotees. 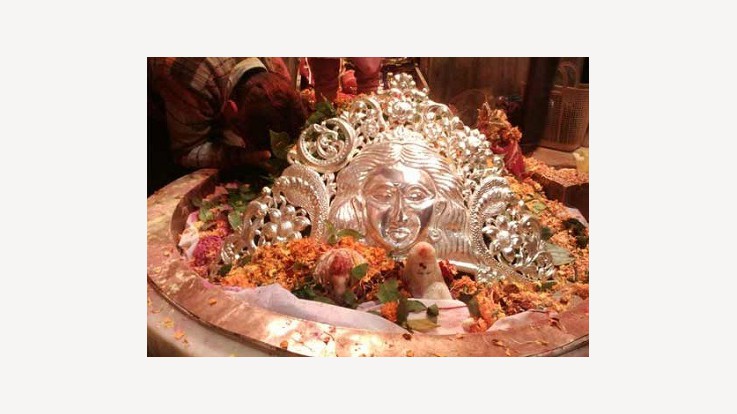 Shiva linga of this temple is very large and holding the entire linga with two human hands is impossible. Hence, it got the name Moteshwar Mahadev. It is believed that Shiva Lingam is rising with each passing day. The temple history dates back to 302 AD. The temple complex has a Bhairav Nath shrine and Shiv Ganga Kund. River Koshi flows in front of this Kund. On the west side of Moteshwar temple, there is a shrine of Maa Jagdamba Bhagvati "Bal-Sundari". Also, there is a Shiv Manokamana Lake located adjacent to the temple.

A place named Kila describes the historic importance of this temple. At this place, Guru Dronacharya taught Kaurava and Pandava various skills. Guru Dronacharya convinced Bheem to renovate this temple which was later known as Bheem Shankar. A Drona Sagar lake was also constructed by Pandavas for their guru Dronacharya. Shree Moteshwar Mahadev is revered as one of the 12 Jyotirlinga of Lord Shiva.

According to Shiva Purana, Bhima Shankar Jyotirling is the Kama roop (face) of Lord Shiva. During the period of Mahabharata, this place was known by the name of Dakini due to the dense forests in which a devil named Hidimba used to reside who took birth in the Dakini yoni. Hidimba got married to Bheem. 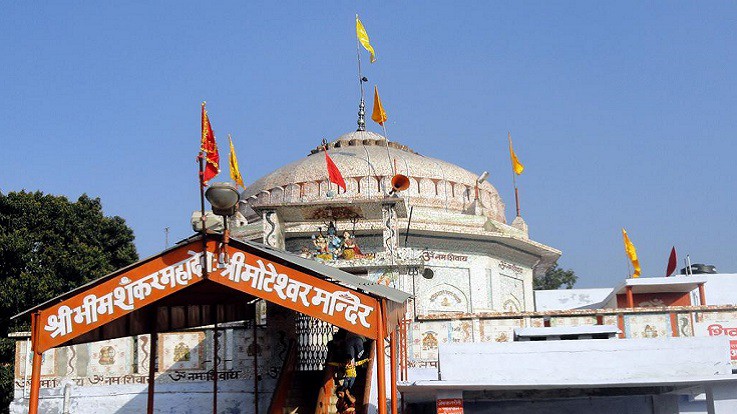 By Air: The nearest airport is Pant Nagar (72 km).

By Train: The nearest railway head is Ramnagar, Kathgodam and Lucknow.

By Road: The temple is situated at Ujjanak in Kashipur at a distance of about 3 km from the Kashipur bus stand. Kashipur is well connected to the major cities of Uttrakhand by road.