The famous seashore temple of Lord Murugan is situated at Thiruchendur town in Thoothukudi district of Tamil Nadu. The temple is one among the six sacred places (Arupadaiveedu) of Lord Murugan near the seashore of Indian Ocean. While the other five Murugan temples are in mountain regions. The temple is one of the biggest temples in India and owing to its mythological significance it attracts many tourists and devotees not only from India but also from foreign countries like Malaysia, SriLanka, Singapore, England, and Australia.

The 133 feet Raja Gopura of nine storeys is at the Western gate and has no Eastern gate as normally all other Hindu temples possess. The temple has the longest sannidhi street among other temples in Tamil Nadu. It was built by three holy saints in Dravidian style of architecture. The temple’s sanctum sanctorum is below the ground level in the shores of Bay of Bengal. The Nayanmars poem ‘Thirunavukkarasar’ indicates that the ancient temple might have been built during 7th century. And though it is known that Desigamoorthy Swamigal glorified the temple gopura around 300 years back, the exact construction period is not known properly. The structure of the temple built with sandstone started to disintegrate due to the corrosion by sea. So the rework was carried by Mouna Swami in 1900 A.D. Later after 72 years the three Pragarams were constructed with black granite stone. 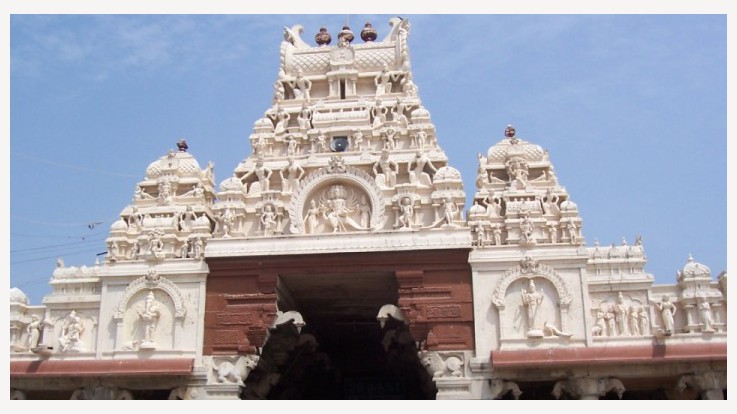 Another legend says that Lord Murugan in order to fulfil the thirst of his troops installed his spear at the spot of small well and caused fresh water to spark out from the large brackish well. However the holy visit to this temple will only be fulfilled by visiting the holy well ‘Nazhi Kinaru’. This well is 14 square feet and consists one smaller well of 1 square feet within it. The larger well water tastes salty whereas the smaller well water is clear and tastes sweet. 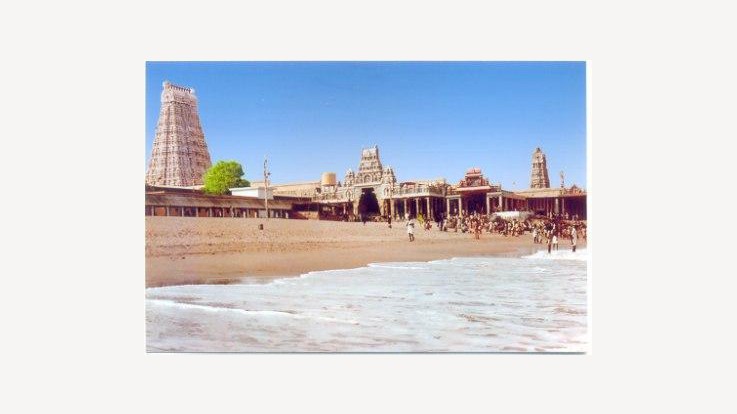 The temple celebrates many festivals almost throughout the year. Some of them are Vaikasi Visakam, Tamil New Year, and Karthigai Viratham.

By Road & Train:-    Thiruchendur is a well-connected town by road and train. Daily trains from Chennai reach Thoothukudi.

By Air:-. The nearby Thoothukudi Airport is about 40km from Thiruchendur temple.

Accomodation:- Hotels,rooms, Dharamshalas and rest rooms are available at reasonable cost near the temple.Online booking facility is also available .