About the Temple:Pashupatinath temple stands on the banks of the Shivna River, in Mandsaur city of Madhya Pradesh. Pashupatinath Temple is one of the prominent shrines where Lord Shiva is worshipped as a prime deity in the form of Pashupatinath. The striking feature of this temple is the unique Shiv Ling which has eight faces. The idol is divided into two parts. The section of the deity has four faces and the remaining four faces can be seen on the lower section of the deity. The four doors of the shrine open in four different directions. Each direction consists of two faces. The Shiva ling weighs 4.6 about tons. 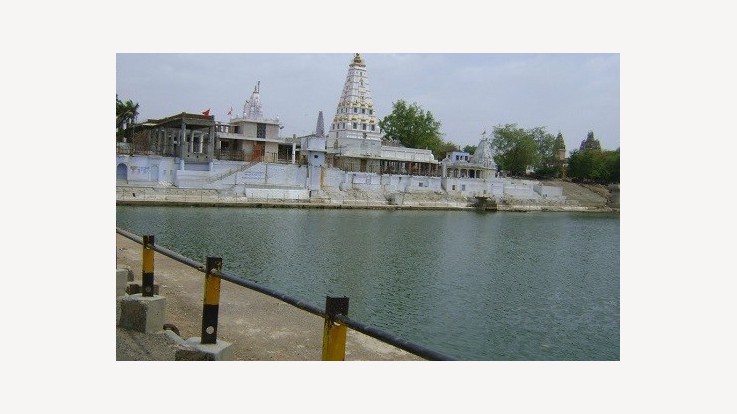 The idols of other Hindu deities such as Goddess Parvati, Lord Ganesh, Kartikeya, Goddess Ganga, Lord Vishnu, Goddess Lakshmi and Sage Adyashankaracharya can be seen within the temple complex along with a huge idol of Nandi.

The history of temple deity dates back to the Gupta period. The temple is 90 ft in length, 30 ft wide and 101 ft tall. It has a golden pitcher on the top of the shrine that weighs around 100 kg.

The term Pashupati is derived from the Sanskrit words which mean ‘the lord of the beats’. ‘Pashu’ meaning the animal and ‘pati’ meaning the protector. It is one of the incarnations among the eight Rudras, the one who holds the place of fire. The temple history dates back to 1961. It is said that Udaji, a laundryman used to wash clothes on a stone near the banks of the Shivna River. One night, Lord Shiva appeared in his dream. He informed him that he was washing clothes on his idol. Next day, locals discovered that the stone was indeed the idol of Lord Pashupatinath. The Lord ordered the locals to build a temple from where the idol was recovered. 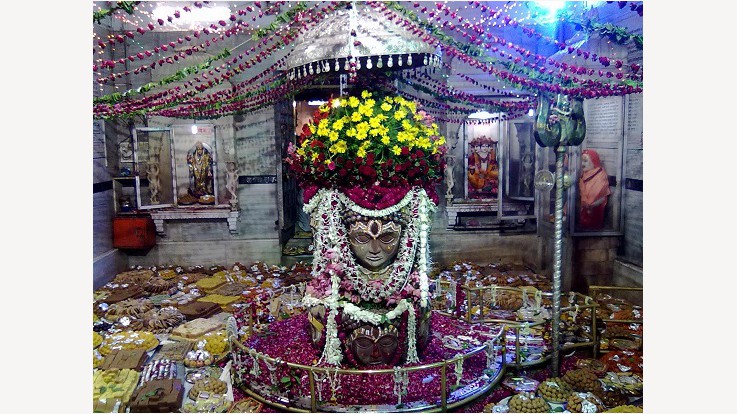 Temple Legend:It has been said that Lord Vishnu had named Lord Shiva as Pashupati as he had destroyed Tripura. Lord Shiva demolished Tripura which was being administered by Kamlaaksha, Taarakaaksha and Vidyunmaali. These demons were creating destruction by attacking gods and sages. According to Shiv Purana any individual who is in the clutches of ego and ignorance is an animal and only Lord Pashupati can provide relief to them.

The idol was found in 1940 when the water level was low in Shivna River. It is nothing sorts of a miracle that during the monsoon, the water level in the Shivna River rises to 90 feet to touch the holy Shiv Ling. This phenomenon is termed as “Jal Abhishek” which means worshiping the Almighty through the water.

Maha Shivaratri is observed in this temple with great devotion. Thousands of pilgrims visit this temple to seek the blessings of Lord Shiva.The festival of Kartik Ekadashi celebrates annually by organizing a fair.

By Road: Mandsaur is well connected with all the adjacent cities and towns of Madhya Pradesh by roads. Bus, taxi and local cabs are available to reach the shrine.

By Train: Mandsaur is the nearest railway station.