Perumber Kandigai Murugan Temple is located in Vathirairuppu town of Kanchipuram district in Tamil Nadu, India. Vathirairuppu is a small town bounded by reserve forest and mountains. The climate of the town is pleasant throughout the year. The place is often visited by the local tourists. The main deity in this temple is Lord Murugan. The location of the temple is serene. It has a temple tank and an Angala Parameswari temple which is a kula devi for many natives and Vinayagar temple in the backdrop of Perumber Kandigai Murugan Temple. The temple tank is known as Sanjeevi Theertham and it is said to cure many ailments. It is believed that the Vinayagar temple has appeared naturally. 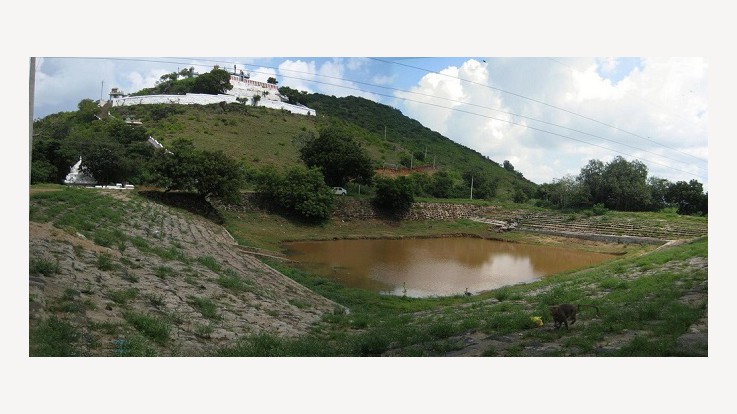 It is a small temple. Lord Subramanyam is seen with six faces and twelve arms along with his consorts Valli and Deivanai. The Chathru Samhara yathram can be seen in front of the Lord. The devotees need to climb 100 steps to reach the temple. A motorway is also constructed right to the top of the temple.

Perumber Kandigai temple and Vinayagar temple, both are considered to be very ancient.

Legend has it that Lord Murugan rested here in this hill of Sanjeevi and Mahameru after the Soora Samharam at Thiruchendur. The temple is located on the top of the Sanjeevi hill which is also known as Siddhar hill. It is believed that Siddhars worship Lord Murugan here even now. 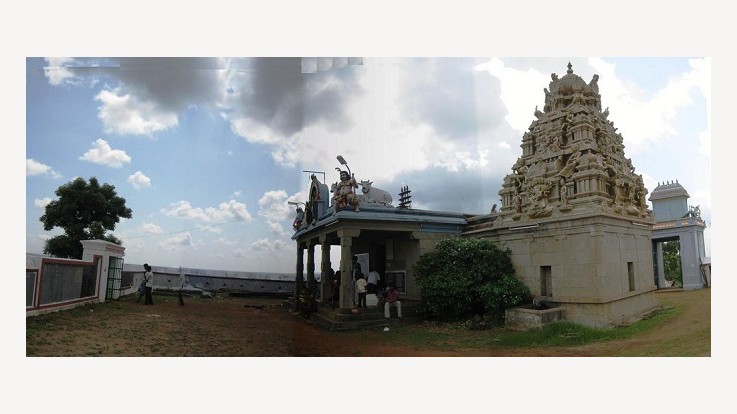 Festivals and CelebrationsThe Achiruppakkam temple and the Thaanthondreeswarar temple are located close to the Perumber Kandigai temple. These temples are all related by way of legend. After the completion of the 10th day of Tamil Chithirai month’s festival at the Achirupakkam temple, Aatcheeswarar and Ilangili amman will circumambulate this hill on the 11th day. During that time, Lord Murugan with his consorts will come down to the junction of this twin hill to welcome his parents and then take them to the Agasthiar Stage at the Thaanthondreeswarar temple.

On the Chithra Pournami, an auspicious full Moon day, the festival of Lord Shiva giving the darshan of his marriage to Agasthia Maharishi is celebrated in a grand manner.Yathra puja and Chathru Samhara Homas are also celebrated joyously. 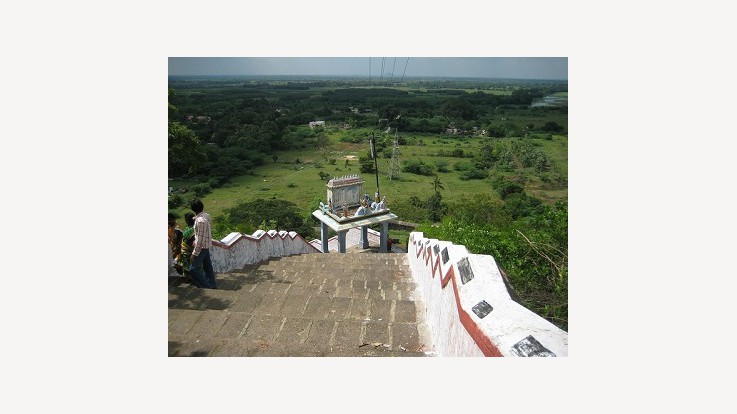 By Train: Tindivanam Railway Station is situated at the distance of 21 kilometers from temple.

By Air: Chennai Airport is the nearest airport situated at the distance of 109 kilometers.

By Road: Vathirairuppu can be reached by the bus. The bus facilities are provided by local and private operators.
Related Questions