Pisharnath Mahadev Mandir is consecrated to Lord Shiva which is located in the hill-station of Matheran in Maharashtra. It is the oldest temple in Matheran. Piśarnāth is worshipped as a village deity in this region. Hence, this temple is of great significance to the local. The temple houses self-manifested Shiva lingam which appears in an extraordinary titled ‘L’ shape and is covered with vermilion. Due to various natural phenomena, stones take the shape of a Shiva Linga without any artificial assistance. According to the Hindu scriptures, these are regarded as “Swayambhu” Shiva Lings and are considered auspicious. The Pisharnath Mahadev temple is an important site of religious significance.

The ancient temple of Pisharnath Mahadev stands on the banks of “Charlotte” lake. The temple offers a religious and spiritual enrichment along with an unparalleled scenic beauty. The temple is best visited before sunset. The temple stands amidst dense forests and has an interesting architecture. Unlike most Hindu temples, the temple is a small red building made out of wood and brick and has a tin which is built at two different levels. The four walls of the temple are extending from one end of the wall to the other. The main entrance is gated with a massive thick wooden door. The history of Pisharnath Mahadev temple is unknown. The villagers still follow a culture, and they believe that Shiv Ling protects them from all of the trouble and guards them against the evils. There is a strong belief about the bad forces that haunt these forests. Hence, the importance of the shrine becomes multifold as the people come here to pray for their safety from these forces. 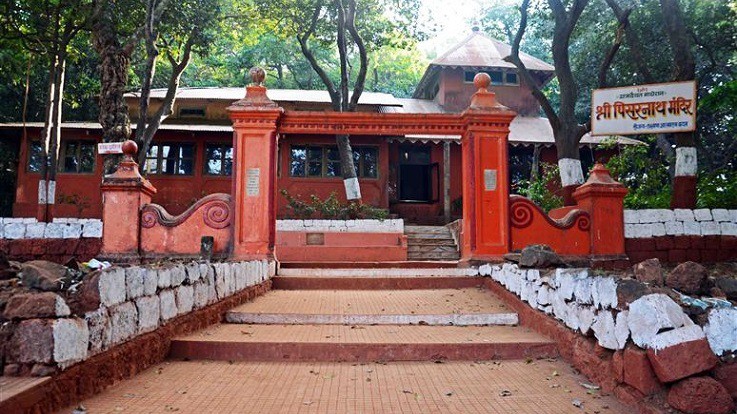 Mahashivratri is celebrated on a grand scale in the temple premises. Hundreds of devotees come to visit the temple on the occasion of MahaShivratri as well as in the holy month of Shravan.

By Train: Toy trains ply between Neral and Matheran. It is a beautiful journey.

By Air: The nearest airport is located at Mumbai (187 km).