About the Temple:Shri Peetambra Peeth is located in the Datia town of Madhya Pradesh. The temple is consecrated to Goddess Baglamukhi. The shrine of Goddess Dhumavati can also be seen in the temple premises. Goddess Dhumavati and Baglamukhi are considered as the Mahavidyas. The shrines of Lord Parshuram, Lord Hanuman, Lord Kaal Bhairav and various god and goddess are installed in the temple premises. Haridra lake is situated in the front of the main temple. 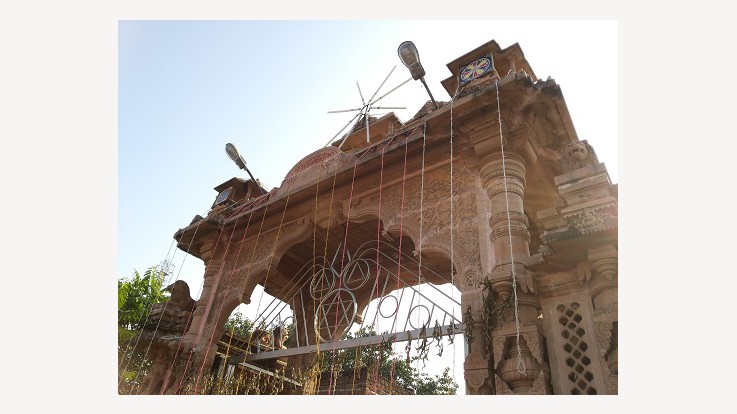 Shri Pitambara Peeth temple has a Sanskrit library which houses the books that explains the history of this temple and sacred mantras for various kind of sadhanas and tantras. The temple also conducts Sanskrit debates. The Pitambara peeth also has a Vankhandeswar Shiva temple, the history of which dates backs to the time of Mahabharata.

Temple History:Goddess Bagalamukhi is one of the ten mahavidyas and she is also known as great wisdom goddesses. In Northern Parts of India, Goddess Baglamukhi is worshiped as Pitambara Maa. The shakti peeth of Baglamukhi was established in 1935 by Bramhaleen Pujyapaad Rashtra Guru Anant Shree Swami Ji Maharaj. He also established the temple of Goddess Dhumavati within the temple complex. Currently, Shri Pitambara Peeth is managed by a trust.

The legendary story about the origin of Bagalamukhi says that, once, a huge storm lashed onto earth, and threatened to destroy all the creations of Gods. On their request, Goddess Bagalamukhi emerged from the `Haridra lake` to calm down the destructive storm.

Another story goes that Madan, a demon underwent penance and won the boon, according to which whatever he would say that will happen. He started harassing innocent people and devtas. Goddess Bagalamukhi prevented the demon`s rampage by gripping his tongue and silencing him forever. However, before she could kill the demon, he requested that he should be also worshipped alongside the goddess. Hence, Madan, the demon is shown with Goddess together. 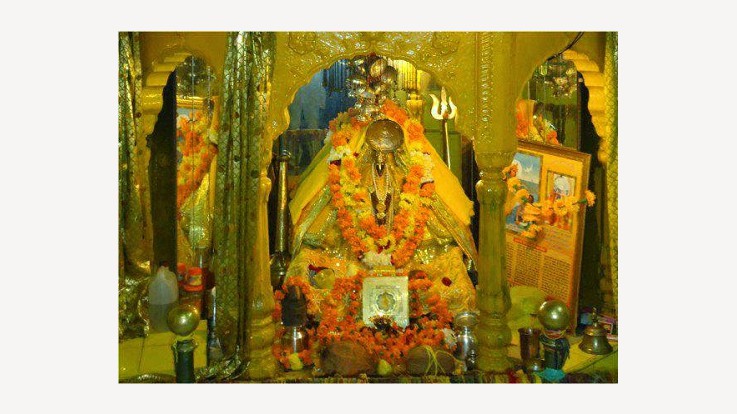 A skilled priest performs the Puja and daily rituals for Goddess Bagalamukhi, as even the smallest mistake can cause worse effects. The puja is organized according to the Vedic ritual to diminish the power of the enemy and to create an atmosphere where enemy becomes unaided. The energised Baglamukhi Yantra is also useful to diminish the enemies and evils.

A hawan is organized on the Ninth day of Navaratri.

Every morning Saraswati puja is performed.

By Road: The buses ply regularly from all the major cities of Madhya Pradesh. Jhansi(U.P.) is 30 km and Gwalior(M.P.) is 75 km from Datia

By Train: The nearby railway head is Datia 3 km from the Peetambra Peeth .

By Air: The nearest airport is located at Gwalior.