About the TempleA highly revered Raghunath temple is situated at Sui 18 km west of Jammu city in Jammu and Kashmir. The temple is surrounded by trees and green valley. The temple has grand complex and splendid architecture. The temple compound houses 7 shrines, each with its own Shikhara. The temple is huge and it accommodates the images of all Hindu deities in a grand manner inside the temple. Raghunath temple is consecrated to Lord Ram. The main temple’s inner wall is adorned with the gold sheet. The temple also has a gallery which has various “lingams” as well as “Saligrams”. 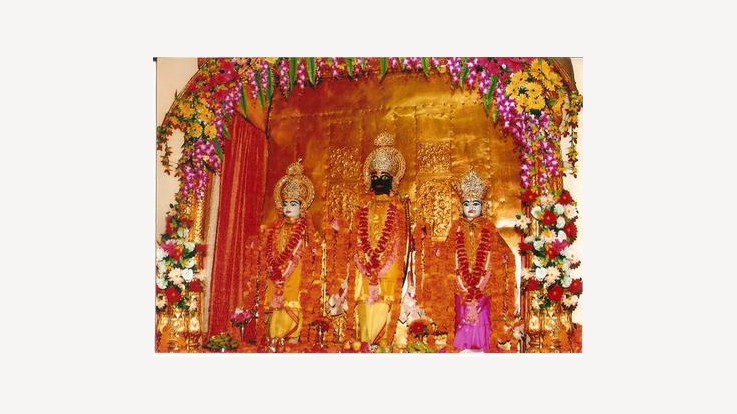 Temple HistoryRaghunath Temple was built by Maharaja Gulab Singh of Dogra dynasty. The construction work started in 1835 A.D. After the death of Maharaja Gulab Singh, the work was completed by, Maharaja Ranbir Singh, son of Gulab Singh. The construction of the temple was completed during 1853-1860 A.D. An influence of Mughal architecture is seen in the gold plated spiral shaped towers. The tower over the main shrine is represented Sikh architectural style. The niches in the walls of the shrines are decorated with 300 images of deities. The paintings in the panels of the main shrine are based on themes from Ramayana, Mahabharata, and Bhagavad Gita. Externally, the temple appears as five Kalash arranged in sequence. The idols of Lord Rama, Sita and Lakshman are placed inside the sanctum. The idols of various characters of Ramayana and Mahabharata are installed in the various rooms around the sanctum. Apart from this, a replica of Char Dham can be seen together in a room. It is placed in such a way that Rameshwaram, Dwarkadheesh, Badrinath and Kedarnath can be seen from one direction.

Maharaja Gulab Singh got inspiration to build this temple from Shri Ram Dass Bairagi who was an ardent devotee of Lord Ram. He had come to Jammu from Ayodhya to spread the teachings of Lord Ram. He used to live in a hut in Sui-Simbli where he built Ram temple. Prevalent legend suggests that the temple was originally constructed by Raja Jagat Singh of Kullu in order to get rid of a wrong deed. The main idol placed inside the temple was brought from Ayodhya. 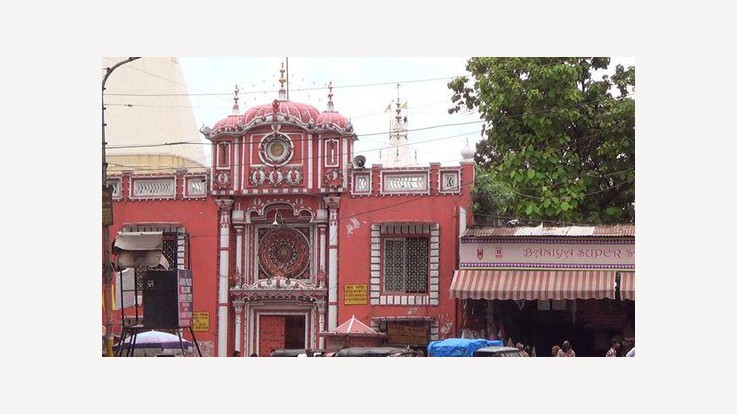 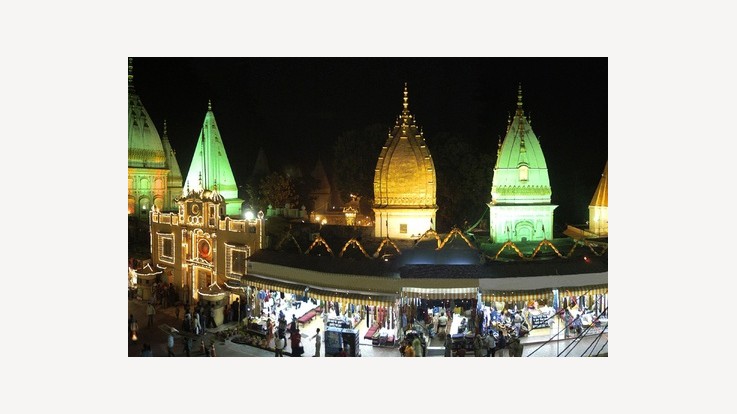 By Air: Jammu airport is around 8 km away from the temple.

By Train: Jammu Tawi railway station is the nearest railhead.

By Road: Jammu lies on the National Highway and is well-connected by to all parts of the country by road.