Surrounded by the beautiful gardens and paddy fields, the Rajarani Temple is famous for its sculpted figures and the successive tiers of projections rising to form its 18 m tower. The temple is located in Bhubaneswar, the capital of Odisha. In the ancient times, the temple was known as Indreswara Temple which was devoted to Lord Shiva. The construction of the temple was begun by around 1105. The statues and idols are made of wonderful red and gold sand stones. The temple also houses 'Guardians of the Eight Directions' that project from the base of the temple in the eight different directions. It begins from the main entrance in a clockwise direction around the porch and to end back at the archway. These eight guardians are Indra (God of rain), Agni (God of fire), Vayu (God of wind), Yam (God of death), Nirriti (God of suffering), Varuna (God of Ocean), Kubera (God of wealth) and Ishana (Lord Shiva). 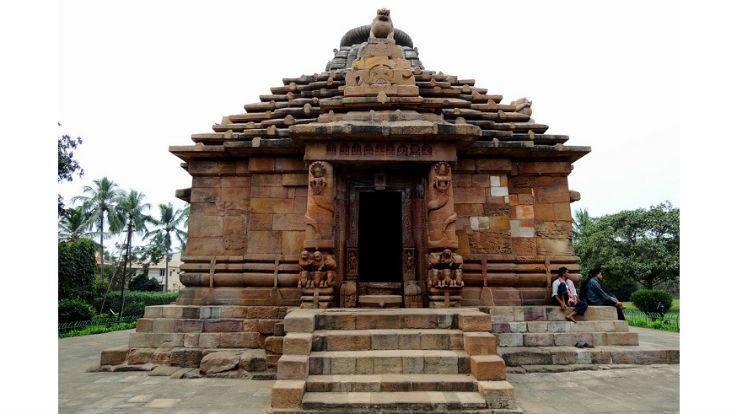 Rajarani temple was built between the 10th and 11th century. The entire temple is constructed from reddish gold sand stone which is known as Rajarani. Thus, the temple takes its name from the local sand stone which was used to construct it. The temple no longer has an idol of the deity in the sanctum but its strong Saiva associations are testified from the images of Lord Shiva and his consort Parvati which can be seen above the three panels on the facade of the main temple along with the attendants playing musical instruments. An image of Saiva doorkeepers, Prachanda and Chanda, with Jatamukha, and a garland of skulls and a snake can be seen. Rajarani Temple stands on an elevated platform. The temple spire is decorated with clusters of turrets, a replica of the spire itself, emerging from the rib of the spire. The temple has a square sanctum and its interior and exterior surfaces appear circular while the gateway or torana has two pillars which are draped in snakes. 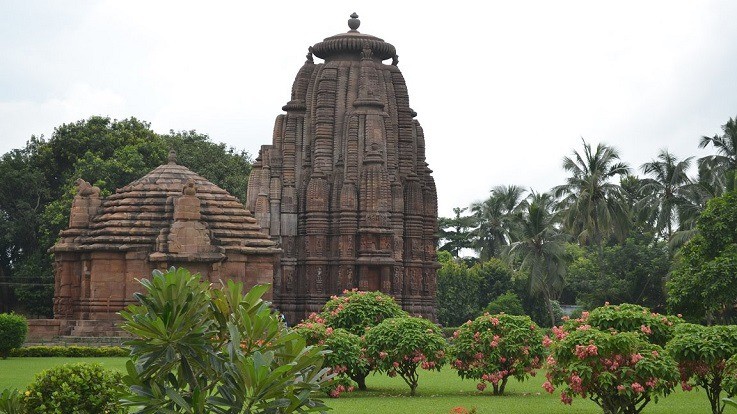 Every year, Rajarani music festival is held during the month of January in the temple premises. The temple celebrates the classical music, including Hindustani, Carnatic and Odissi music with equal importance. Musicians from different parts of the country come here to perform during this Rajarani festival. This festival was started in 2003 with the help of the Bhubaneswar Music Circle.

By Train: The nearest railway station is the Bhubaneswar which is very well connected to other states and cities in India.

By Air: The closest airport is Biju Patnaik airport in Bhubaneswar that is located 5 km away from the main city.

By Road: Bhubaneswar is well-connected by road with all the major cities in the country. Buses and private vehicles ply regularly to and from Bhubaneswar bus depot.