About the TempleThe majestic shrine of Shri Ramdev is located in Ramdevra, on the Jodhpur – Jaisalmer route, which is 13 kms from Pokhran in Jaisalmer district of Rajashan. The village is named after Baba Ramdevj.The temple was built by Maharaja Ganga Singh of Bikaner in 1931 to pay homage to Baba Ramdevji.

According to the legend, in the year 1442, Shri Ramdevji took samadhi at this place at the age of 33. But before that he lived his entire life working for the betterment of the underprivileged people.Hindus believed that he is an incarnation of Lord Krishna, while Muslims respect him as Ramshah Pir. There is a water tank near the village which is known as Ramsarovar Talab. It is considered sacred as the talab was built by Ramdevji himself. It is believed that a plunge in the holy water of this talab sublimates the soul. A large step well, the Parcha Bavori can be seen next to the Ramsarovar. People belonging to different castes and religions visit this temple year-round. 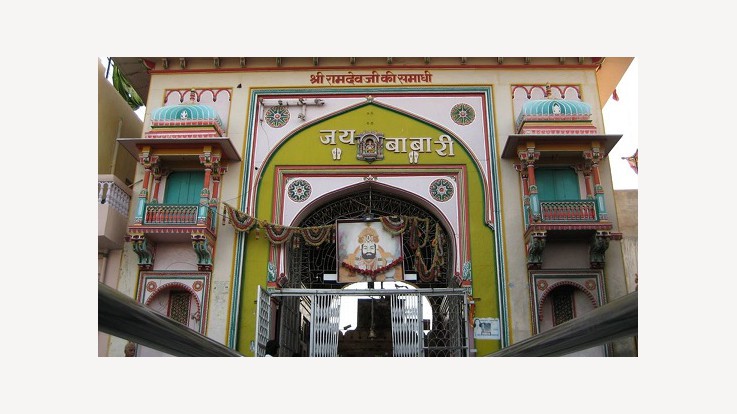 Baba Ramdevji is a folk-deity of Rajasthan. He was a sage of the fourteenth century who devoted his life for the betterment of the underprivileged people. The birthplace of Saint Ramdev is situated about 150 km from Ramdevra village, between Ramderiya Undu and Kashmir of Barmer district, Rajasthan.

Ramdevji was born to Ajmalji in the Tanwar Rajput family. It is believed that he has miraculous powers since childhood and hence his fame reached far and wide. He also killed a demon called Bhairav. Baba Ramdevji believed in the commonality of all human beings. He helped the poor people by granting them their wishes. Baba Ramdevji is often depicted on horseback. His worship crosses the Hindu-Muslim divide as well as the differences of the castes. His followers include devotees from Rajasthan, Gujarat, Madhya Pradesh, Mumbai, Delhi and also in Sindh in Pakistan. Devotees visit the temple all around the year. Several Rajasthani fairs or festivals are held to commemorate him. 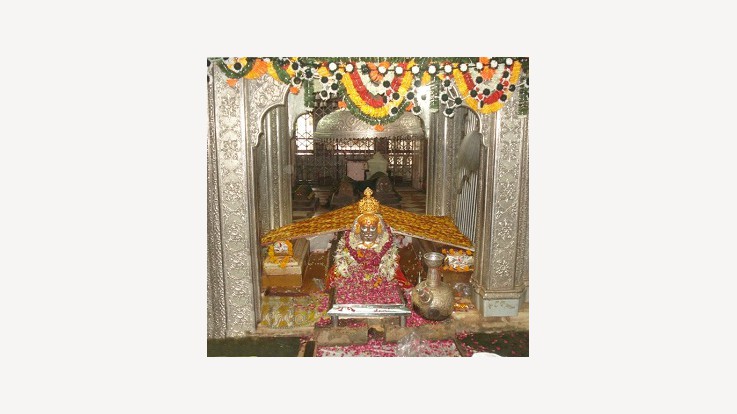 Customs and Traditions of the TempleDevotees offer Coconuts, makhana, sweets, Misri and horse-image made out of cloth, on the shrine since he liked riding horse. There is a water tank. A dip in this holy water is considered to be very effective for treating various skin diseases. Some followers come on foot, while some creep on belly to reach the temple. 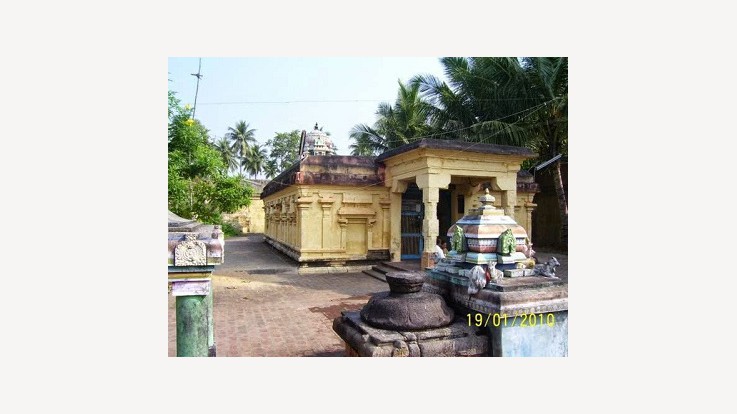 FestivalsRamdevera Fair is held in the temple from Bhado Sudi 2 to Bhado Sudi 10 (Aug - Sept). It is attended by thousands of devotees who come in large groups from all over the India. Irrespective of their caste, creed or religions, devotees throng the shrine dedicated to the saint Ramdevji. These religious groups organize singing of bhajans and kirtans to pay homage to Baba.

Two principal fairs are held every year at the temple in remembrance of the Saint. A fair is held on a small scale during January and February while another fair is celebrated on a large scale during August and September. Thousands of people from all over the India visit Ramdevra temple on these occasions. 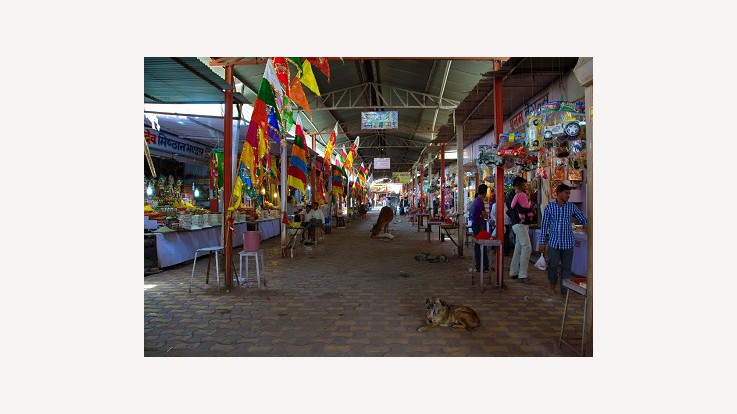 By Road: The nearest city is Jaisalmer which is 120 km from Ramdevra.

By Train: The nearby Railway station is Ramdevra.