The Rameshwar Deula is located about 2 km from the Lingaraj Temple in Bhubaneswar, Odisha. The temple was built in the honor of Lord Shiva. The temple is also known as Mausi Maa. It is a revered temple and hence devotees from various places come to offer prayers to the deity. The temple got the name Rameshwara as it was established by Lord Ram for Lord Shiva.

The temple history dates back to the 9th century. As per the legend, when Lord Ram was returning to Ayodhya after Defeating King of Lanka Ravana, Goddess Sita asked Lord Ram to install a Shiva Lingam as she wanted to worship and thank Lord Shiva. Hence, Lord Ram built a Shiva Lingam. The temple is known as Rameshwara since it was established by Lord Rama. 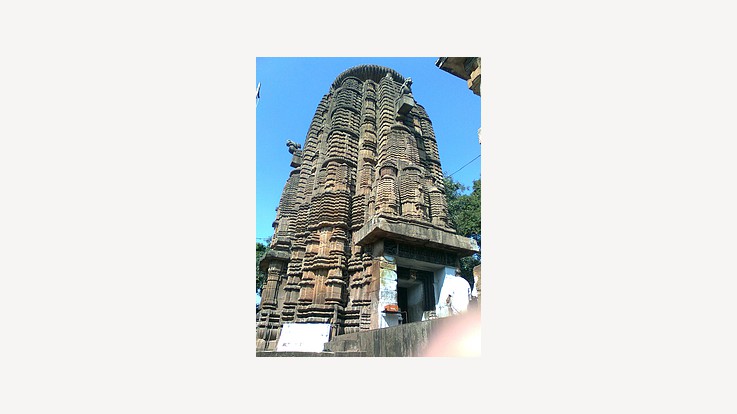 The Rameshwara temple architecture belongs to the ancient Kalinga style and is categorised as the Rekha order. It also has several features of Odissi art and tradition. The temple is a sand stone structure. Unlike other temples it lacks many divisions. The temple has an additional pidha structure which stands independently. Rameshwar temple faces towards the east and hence the first ray of the sun falls on the temple. The temple is comprised of a single hall with a tall pyramidal Shikhara. It has numerous folds and is carved with fascinating designs. The single hall houses the main deity. Shiva Lingam is made up of black stone. The 0.35 m tall Shiva Lingam is placed on a yoni pitha and is made up of Chlorite. An image of Goddess Durga is also seen.

The most important festival celebrated in the temple is Maha Shivaraatri, Makar Sankranti, Kartiki Purnima and Diwali. Traditionally, Lord Lingaraja arrives at Rameshwar Deula temple on a large chariot, also known as Rukuna Rath and stays for four days during Ashokashtami, which falls on a day before to Rama Navami in Chaitra month.

By Train: The nearest railway station is Bhubaneshwar.

By Air: The closest airport to reach the temple is Biju Patnaik airport.

By Road: Bhubaneswar is very well-connected to the other major cities of Odisha by road.