Rameshwar Mandir is located in Chaul region of Raigad district of Maharashtra. The presiding deity of this ancient temple is Lord Shiva. The Chaul region is famous for its temples. There are around 365 temples in Chaul which are equal to the number of days in a year. The prime attraction of Rameshwar Mandir is three tanks or Kunds which are known Parjanya Kund, Agni Kund, and Vayu Kund, which represents three elements of nature viz rain, fire, and air. These Kunds are located just outside the temple. Rameshwar Temple is located in Chaul region near Revdanda village which is about 20 km from Kashid. The temple is built in the Hemadpant style of architecture which consists of a sabha mandap, sanctum sanctorum, and Gopuram. 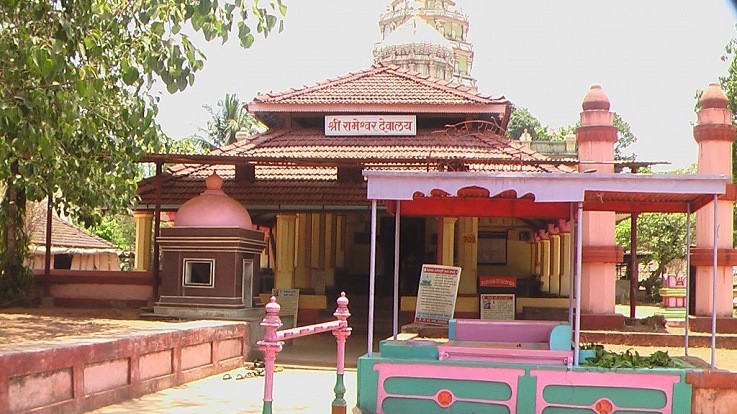 The temple has existed for several centuries but the exact time of the construction is unknown. Research shows that the temple has been renovated many times in history. Rameshwar Mandir features a Hemadpanthi style of architecture which was introduced by Hemadpant. He was the prime minister of the court of Seuna Yadavas of Devagiri. This style of architecture incorporates the use of locally procured black stone and lime. The temple is a calm and serene place to meditate. The temple complex is spread over a large acre of land. The temple dome stands 7.62 m tall. A huge pond is seen in front of the temple which is known as Pokhran. Rameshwar temple is a spectacular living example of rich cultural and architectural history.

According to folklore, Rameshwar Temple was built in a day by the Pandavas, but they couldn’t complete it. Later, Kanhoji Angre, A Maratha Navy Admiral completed the remaining work. It is a must to visit an elaborate entombment behind the temple. It is said that the memorial belongs to one of the Angres. 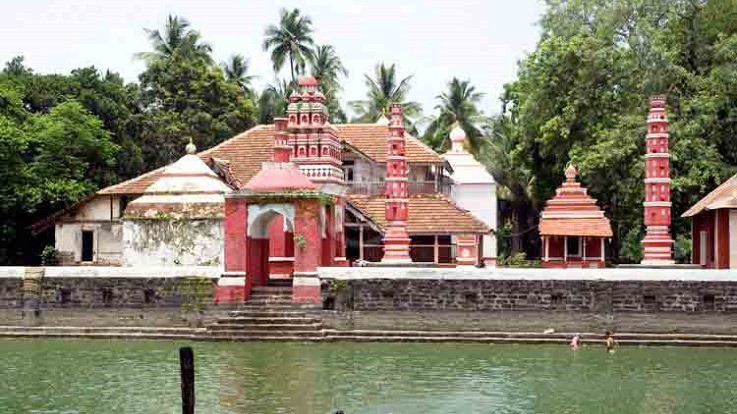 Pola festival is celebrated by farmers and it is related to bull-worshiping. Pola falls on Pithori Amavasya day of Shravan month. This festival is mainly observed in Vidharbha region. On this occasion, farmers first give a bath to their bullocks, decorate them and worship them. It is known as Pola because the demon Polasur was killed by Baby Krishna. A small procession appears with paraded cattle near the outskirts of Alibag with bugles and drums. Puran Poli, a traditional dish is prepared on this day. The festival of Nag Panchami is celebrated on the fifth day of the moonlit-fortnight in the month of Shravan. Devotees bathe the snakes with milk. Nag Panchami is celebrated to commemorate the victory of Lord Krishna over the Kaliya snake. Devotees offer milk and honey to the Snake God and seek the blessings of the Snake God. The festival of Ganesh Chaturthi is celebrated with devotion in the month of August or September for ten days which envelops the entire place in a festive vigor. 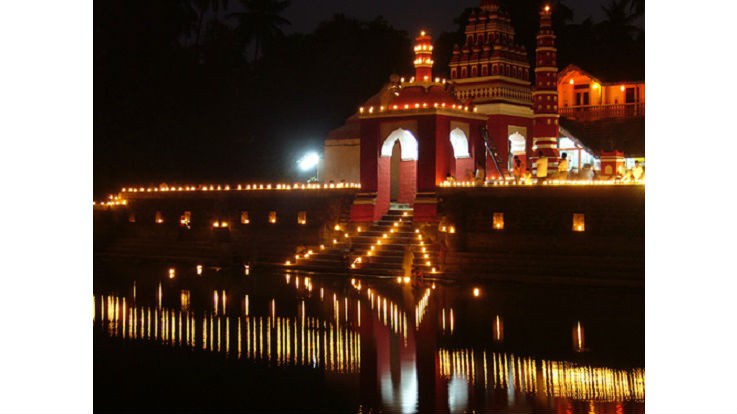 By Air: The closest airport to Rameshwar Mandir is Chhatrapati Shivaji Airport, Mumbai which is about 60 km away. Lohegaon Airport is about 104 km away.

By Train: The nearest railway station to Rameshwar Mandir is Mumbai Central.

By Road: The best way to reach Revdanda is by road. Alternatively, tourists can also take a ferry and get off at Mandwa Jetty. From Mandwa Jetty take a bus or an auto-rickshaw to Revdanda.