About the TempleLocated at Bet Dwarka, Gujarat, Rukmini Devi temple is devoted to Goddess Rukmini, consort of Lord Krishna. The temple is around 2 km away from the famous Dwarakadish Jagat Temple. The original temple is believed to be around 2,500 years old. The current edifice was erected in the 12th century. Queen Rukmini is also believed to be an incarnation of Goddess Lakshmi. The exterior of the Rukmini temple is heavily carved with images of various god, goddesses, human and animals. The inner sanctum has a recessed seat on which an image of Rukmini Devi is consecrated.

Temple History and Temple LegendThere is a legendary reason behind the location of Rukmini Devi temple. Once, Lord Krishna along with Rukmini went to meet to the sage Durvasha as they wanted to invite him for dinner at Dwarka. Durvasha agreed on the condition that Krishna & Rukmini would have to pull his chariot. The couple happily obliged. Rukmini became thirsty while pulling the chariot. Hence, Lord Krishna prodded his toe into the earth to draw a water spring of the holy Ganga. Rukmini consumed the water without offering it to sage Durvasha. Annoyed by her impoliteness, sage Durvasha cursed Rukmini that she would be separated from her beloved husband Lord Krishna. Since then, Rukmini temple is located 2 km away from Dwarka's Jagat Mandir. 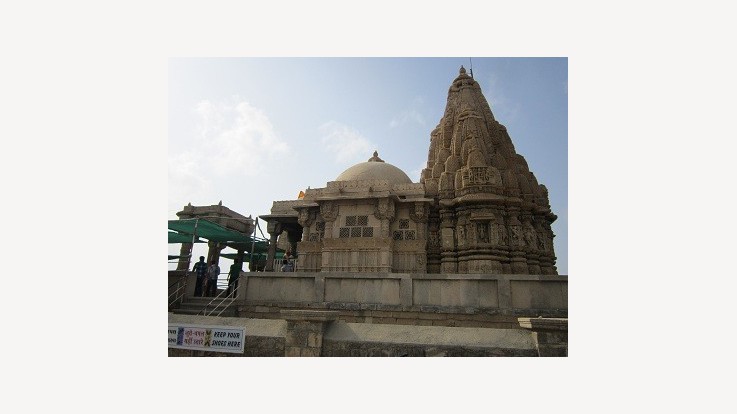 As per another folklore, Rukmini was born to Bhishmaka who was the king of Vidarbha region. Rukmini wanted to marry Lord Krishna but her brother Rukimi didn’t approve of her love for Krishna and therefore, both of them had to elope to get married. After eloping with Rukmini, Lord Krishna wedded her in a small village called Madhavpur Ghed which is located in Gujarat. A temple was established in the remembrance of this particular event. 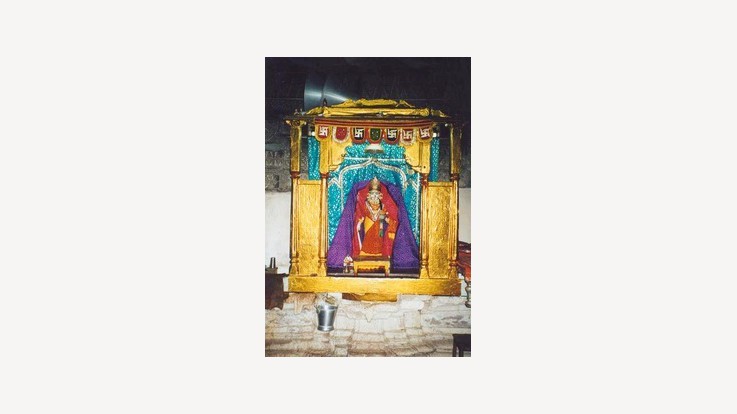 Festivals and CelebrationsThe festival of Janmashtami, Diwali, and Dussehra are celebrated with great devotion in this temple.

By Air: The closest airport is located at Jamnagar (137 km).

By Train: Dwarka is the nearest railway head.

By Road: Dwarka town is situated on the state highway from Jamnagar to Dwarka. Buses and private vehicles are easily available from Jamnagar and Ahmedabad.