The Sacred Jackfruit Tree is a historical place on the small hill of Kaina in Thoubal district of Manipur. It is said that the images of Lord Krishna were carved from the Jackfruit tree at this place. Rajarshi Bhagya Chandra, also known as Jai Singh Maharaja, who ruled the Manipur during the 18th century, had a dream in which Lord Krishna ordered the king to carve his idols from Jackfruit tree. Hence, seven images of Lord Krishna were created from the Jackfruit tree and installed in various temples across Manipur and in the neighboring state of Assam. Earlier, Kaina Hill was popularly known as Lakhai Phandong Ching. It is 29 km from Imphal on the Imphal-Yariripok road. The site is known as Kaina temple complex, which is being developed as one of the major tourist complexes in Manipur. 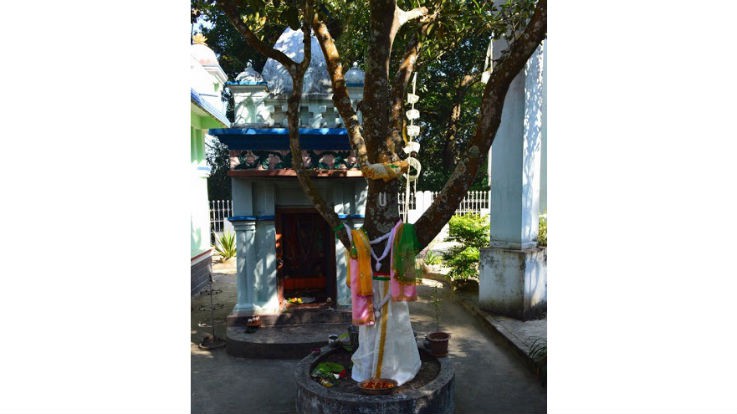 As per the folklore, king Bhagya Chandra ruled Manipur in 1759. One night, Lord Krishna appeared in his dream and ordered King Chandra to carve his images from a Jackfruit tree.

In 1765, king Alaungpaya of Konbaung Burma defeated king Chandra. Hence, he escaped to Cachar in Assam and took asylum with King Swagadeva Rajeshwer Singh of Tekhau. However, Chandra's uncle, who was involved in this conspiracy with the Burmese king, complained to Rajeshwer Singh that Chandra was an "impostor". Hence, the Assamese king ordered that Chandra should fight an elephant to prove his innocence.

King Chandra was an ardent devotee of Lord Krishna. He appealed for help. Lord Krishna appeared in his dream. He told the king to face the elephant and that Lord himself would be present in Jackfruit tree. Lord Krishna wanted the king to carve his images out of that Jackfruit tree and also build a temple for him that. During the fight, the elephant bowed before Bhagya Chandra instead of attacking him. The king of Assam decided to help king Chandra. With his help, Chandra won back his kingdom. Later, Chandra forgot about his promise to build the temple. One day Lord Krishna appeared in the disguise of a boy before a woman at Kaina and told her about the Chandra’ promise. The boy then disappeared. When the King came to know about this incident, he remembered his promise and immediately came to Kaina. He worshipped the Jackfruit tree, following which he uprooted the tree with ease. 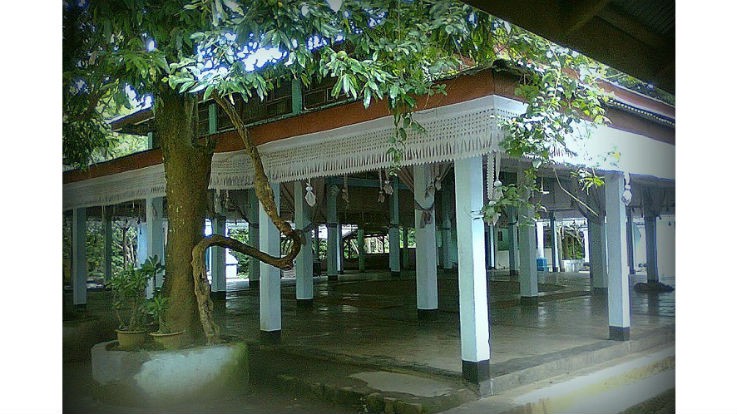 The festivals of Raas Leela, Janmashtami, Holi, Dussehra, and Diwali are celebrated with great pomp and devotion.

By Road: Thoubal has a bus stand. There are direct buses from Imphal every 30 minutes.

By Train: The closest railway station is Imphal.

By Air: The nearest airport to Thoubal is Tulihal Airport which is about 30 km away from the temple.