About the TempleSantram Mandir is situated in Nadiad city of Gujarat. The temple is consecrated to Santram Maharaj who is regarded as a divine personality across Gujarat. Originally, Santram Mandir was the residence of Santram Maharaj thus was also known as Santram Aashram. The temple is renowned for religious as well as social activities for underprivileged individuals. It also organizes various cultural programs. There is no historical scripture stating the early life and activities of Santram Maharaj. Whatever is known about him was conveyed from generations to generations. Devotees believe that Santram Maharaj is the manifestation of Guru Dattatreya. He wandered from Girnar Mountain to southern parts of Gujarat and from there to Nadiad city. He enlightened devotees with his knowledge and explanation of religion. The other temples of Guru Santram are located at Vadodara, Karamsad, Padra, Koyli, Umreth, Radhu, Kalser, Pachegaam, Chaklasi, Sojitra & Varad. 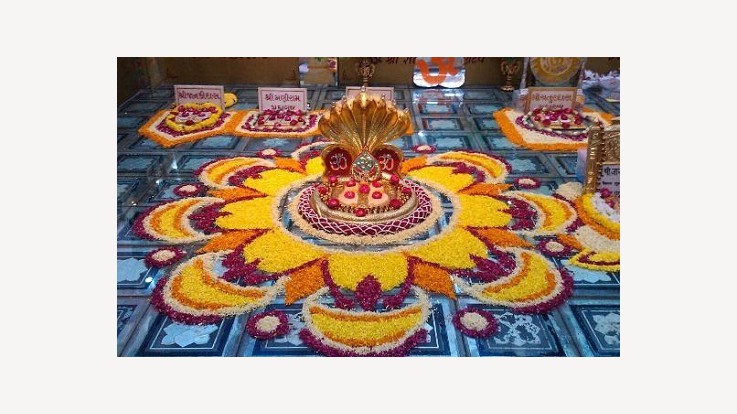 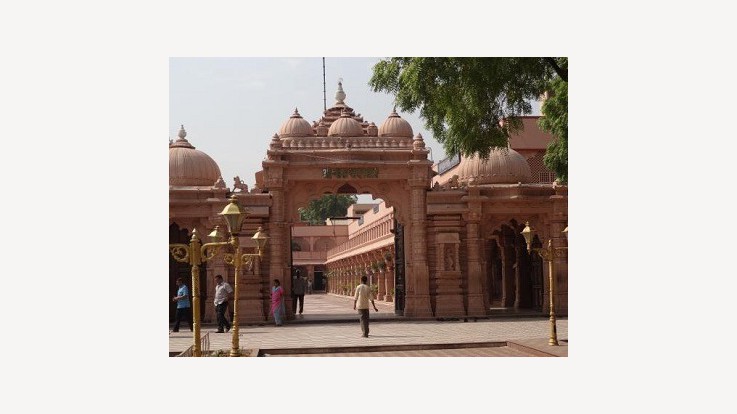 After 15 years, Santram Maharaj decided the day of Posh Purnima for his parting from the earth. However, when Santram Maharaj went to Patel Bhai to seek his permission to start his final journey, Patel Bhai requested Santram Maharaj to delay his last journey for few days. Hence, he took Samadhi on Magha Purnima of Samvat 1887.

Festivals and CelebrationsThe festivals of Diwali,Guru Purnima and Maha Purnima are celebrated with great devotion. The temple is illuminated with lights on Diwali. Annakut Utsav is also celebrated after Diwali which involves offering around 2550 food items to the deity. This food is later distributed among the devotees. Devotees keep fast on Thursdays, Purnima & Ekadashi for Santram Maharaj. Santram Mandir was established at the place where Santram Ashram used to stand. The earthen lamp was kept inside the temple, which is kept burning till today. The lamp is believed to provide guidance and blessing to the devotees. The lamp is known as Akhand Jyoti. 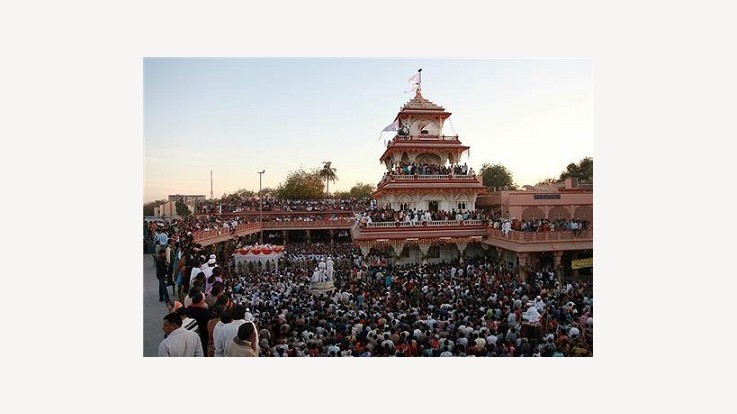 By Air: Sardar Vallabhbhai Patel airport which is located at Ahmedabad is 49 km away from Santram Mandir .

By Train: Anand Junction is 17 km away from Santram Mandir. Another rail head is Nadiad Junction.

By Road: Buses and private vehicles are available from all the major cities of Gujrat to reach Nadiad.