Satpuda Manudevi Temple is located near Adgaon village in Yawal Taluka amidst the scenic surroundings of the Satpura Range of Maharashtra. Manudevi is a Kuldevi or primary deity of many families who reside in this region. The temple is enveloped by hills from three sides. A beautiful 40 ft high waterfall and an artificial lake are seen in the front of the temple. For several months in a year, the waterfall has hard running water that touches the foothills of Satpuda. A shrine of Lord Hanuman is also present beside the lake.

The temple stands in the lush ranges of Satpuda hills on the bank of Tapi river. The approach to the temple is via 1500 m paved road of gravel. From there, it is nearly 1500 m trek through lush green surroundings. The temple is located at 500 m height. 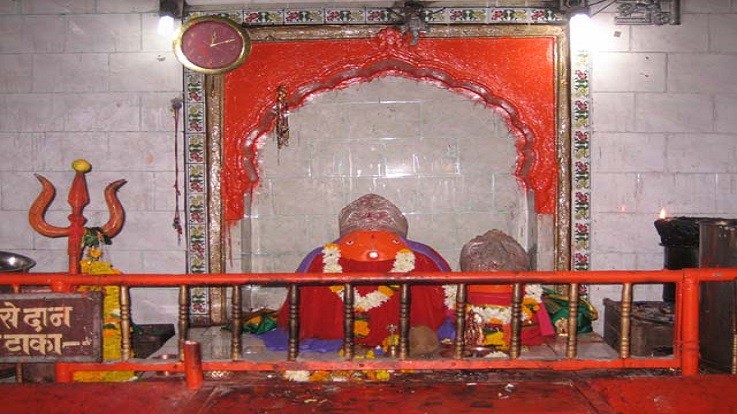 Satpuda Manudevi temple was discovered in 1252 AD/BC by Shri K Pandu Jeevan, a member of the Ingle family. From the excavations, it is believed that this is an ancient temple which reflects the culture and tradition of earlier times. The huge massive trees greet the devotees at the temple entrance. It is believed that Lord Parshuram manifests himself in these trees and he is welcoming the pilgrims for the darshan of Shree Manudevi. 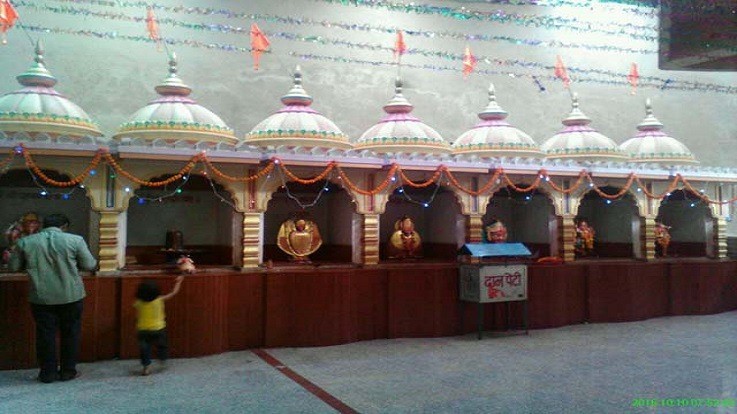 Satpuda Manudevi temple celebrates several important festivals including Ganesh Utsav, Holi or Shimga, Dahi-Kala, Dussehra, Navratri Utsav, Maha Shivaratri and Diwali. Every year Navchandi Yagnya is performed on Chaitra and Magh Shudda Ashtami. Pola festival is celebrated in the month of Margashirsha and on the day of Pethori Amavasya of "Shravan" month. A procession of the Devi is taken out.

By Road: Satpuda Manudevi temple is accessible via road. It is located at the exit of the Yaval Chopda State Highway. The temple is around 9 km away from Adgaon-Kasarkheda.

By Air: The closest airport is located at Jalgaon.

By Train: Jalgaon and Indore are the closest railway heads.