About the TempleShamlaji temple is an important pilgrimage site in Aravalli district of Gujarat. Dedicated to Lord Vishnu, Shamlaji temple stands on the banks of Meshvo river surrounded by wooded hills. The temple is popularly known as Dholi Dhajawala due to the presence of white silk flag on top of the temple. 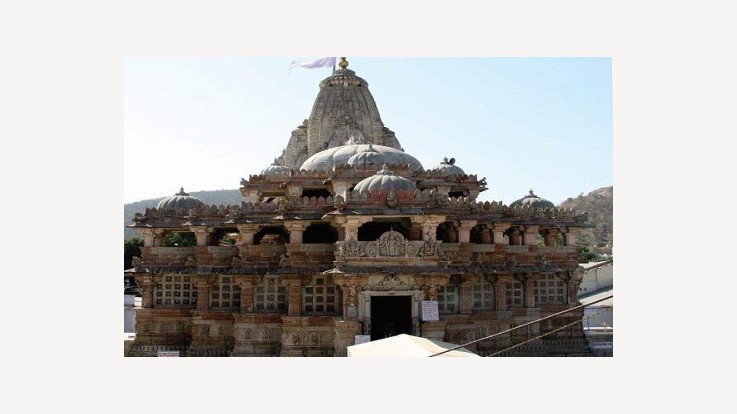 The two levelled Shamlaji temple is surrounded by a wall with a gateway and it is constructed out of brick and white sandstone. The temple is supported on pillars and a canopy with arches on either side. The lower courses of richly carved stones are amazing. A fringe of elephant heads and forequarters carved in the stone can be seen around the temple building. The elephant is a very frequent emblem. The outer walls of the temple display larger figures of semi-rampant elephants and a gigantic cement elephant can be seen in on either side of the doorway front of the entrance. A pyramid-based tower rises above the temple into a spire like a cone with flattened sides. The front part of the roof has small domes springing from a flat roof. The outer part of the roof is adorned with figures of animals and the gargoyles. The temple walls are decorated with some scenes from the Mahabharata and Ramayana.

The two inscriptions can be seen in the temple. The inscription on the upper level is written on the stone, dated 94 AD and 102 AD. Another inscription is placed at the entrance of the temple which states the records of repairing work that was carried out by the Thakor of Tintoi in 1762 AD. The two inscriptions suggest that the name of the deity seems to be Gadadharji, which is a well-known title of Lord Vishnu, Krishna, or Shamlaji. The cow idols are also worshipped depicting childhood of Krishna as a cowherd. It is one of the important pilgrimage sites of Vaishnavism. 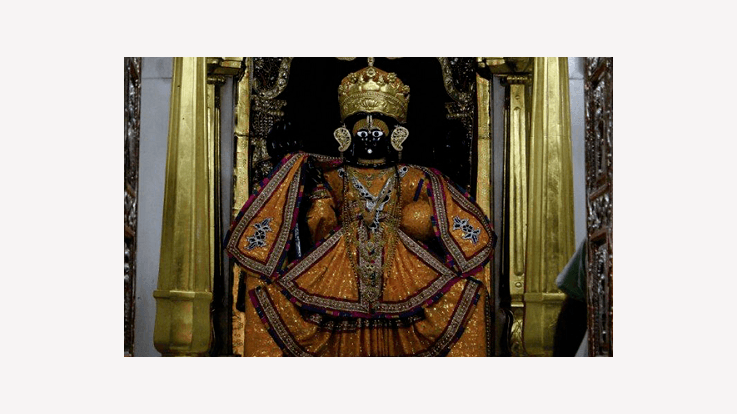 Temple HistoryThe temple houses several ruins of the shrines, scattered idols and old brickworks which prove an antiquity of the place. The present temple was built probably in the 11th century. The temple is constructed according to Solanki architecture and it was renovated at least 500 years ago. The temple was claimed by Jains in the past. Years ago the rulers of Idar state gave the grant of Shamlaji temple to the Modhari Rao Saheb. He still holds trusteeship of Shamlaji Temple. 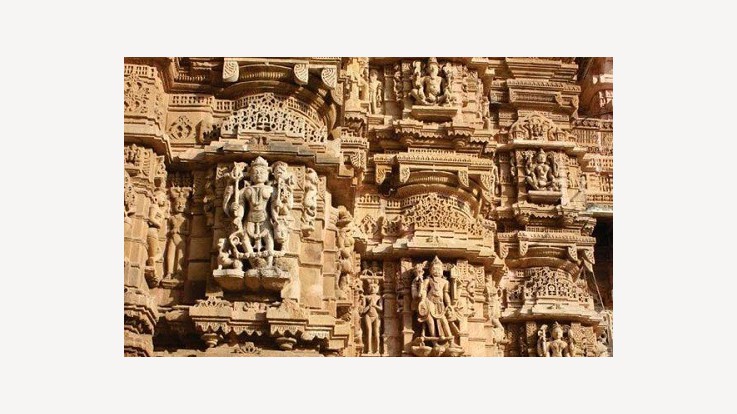 Festivals and CelebrationsA large annual fair is held in the month of Kartik. The tribal community worships Shamlaji as Kaliyo Dev meaning the Dark Divine. Thousands of devotees visit the place and take a holy dip in the river.

By Air: The nearest airport is Sardar Vallabh Bhai Patel airport (128 km) which is located at Ahmedabad.

By Train: The nearest railway stations are Shamlaji Road (14 km) and Gandhinagar (110 km).

By Road: Shamlaji is around 20 km from Bhiloda and 29 km from Modasa. Shamlaji temple is located off National Highway 8 and can be reached by buses from Himmatnagar and Ahmedabad.