About the TempleThe Shankaragaurishvara Temple is nestled in Pattan village which is located at a distance of 27 km from Srinagar in Baramulla district of Jammu and Kashmir. The presiding deity of the temple is Lord Shiva. The temple was built by Shankara Varman, who was the son of King Avanti Varman. Shankara Varman ruled Kashmir between 883 and 902 AD. The temple is in a dilapidated condition and no worship or puja or rituals are conducted. Shankaragaurishvara temple is constructed in a manner similar to the Shankaracharya Temple. It is considered as one of the most important temples in Jammu and Kashmir. 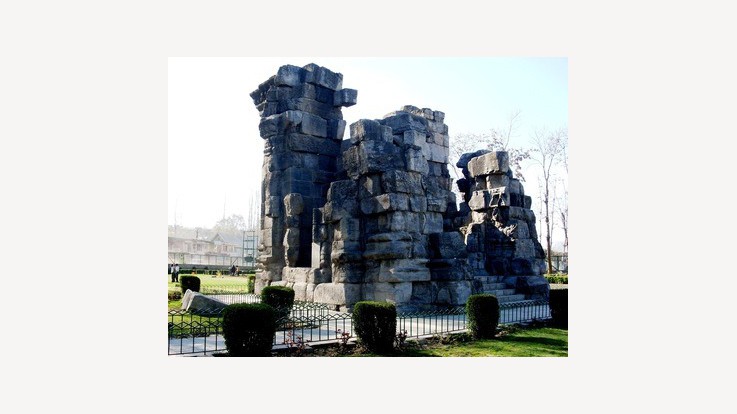 Temple History and Temple LegendShankaragaurisvara temple was built by king Shankara Varman (883–902). His father Avanti Varman had established the Utpala dynasty and after his death in 883, Shankara Varman succeeded him. He constructed this temple in the capital city, which was known as Shankara pattana, which is now known as Pattan. He dedicated the temple to Lord Shiva. He was an ardent follower of Hindu Shaivism. Apart from this temple, he also established another temple, next to Shankaragaurisvara temple in memory of his wife and named it Sugandhesha temple. This temple was also dedicated to Lord Shiva. Both these temple are built to the same plan and with intricate carvings. At present, both the temples are seen in a dilapidated condition.

Temple ArchitectureThe temple's entrance porch, faces towards the east. The exterior and interior surfaces exhibits intricately sculpted carvings. The pediments are placed symmetrically on each other. The columns at the entrance are heavily sculpted in a beautiful Kashmiri architectural style, especially in relation to the detailing. The pedestal of the temple and of the shrine is built in a peristyle, an open colonnaded pattern, within a walled enclosure. It is in the form of a cellular passage and remnants of which are still visible.

By Air: Te nearest airport is located at Srinagar.

By Train: Pattan railway station is the closest rail-head.

By Road: Pattan is located on National Highway. It takes half an hour to reach Pattan from Srinagar. Buses and private taxis are available to access the temple.