The temple of Sharda devi is located in the Satna district of Madhya Pradesh. The state of Madhya Pradesh is known for its beautiful scenery and serene environment and the temple is also example of this amazing backdrop among the picturesque atmosphere.

This temple is around 2000 years old and is also known as “Maihar Devi” or “Saraswati Devi”. It is one of the 51 Shaktipeeths of the goddess Parvati. The temple is set on the Trikoot hill, nearby to the Railway Station of the Satna district. 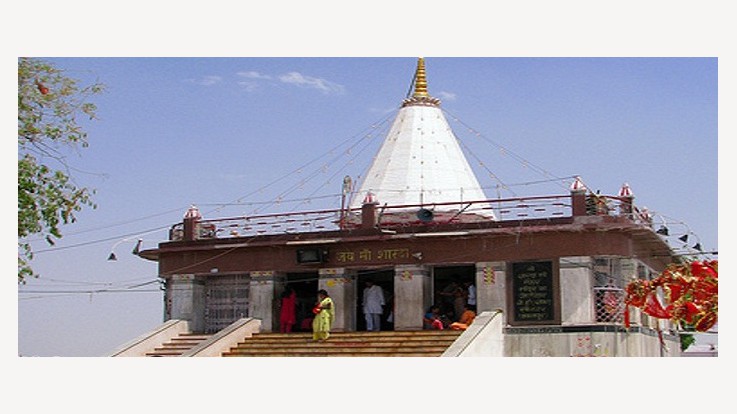 According to the Hindu Mythology, the necklace of the Goddess Parvati had fallen on the hills of the Trikoot. When the Lord Shiva was carrying the carcass of the devi Sati, her necklace from the body fell down in Trikoot. The word “Mai” means "mother" and “Har” means "necklace". Hence, the temple derived its name as “Maihar”. It is also believed that Shri Jagadguru Adi Shankaracharya worshipped here the goddess and prayed in the temple.

There’s a legend tale too associated with the temple. It is beilived that the two warriors Alha and Udal were the first one to visit the temple. As they were great followers of goddess Saraswati, they built the temple for the goddess. The warrior Alah meditated for 12 continuous years and was rewarded with the Amrut by the goddess Saraswati as a form of her blessing. There’s also a pond named “Alha Pond” behind the temple that marks this story true.

Another popular legend that increased its fame all over the state was associated with King Durjan Singh. There was a shepherd who every day took the cows for grazing to the forest. One day he saw a golden cow with his herd. Form that onwards, the golden cow used to mix with his cows and grazed the grass and then went back to jungle. The shepherd decided to find that the cow belonged to whom. He then followed the cow inside the forest and saw the cow climbing on the hill. The cow went inside the temple and vanished there. On inquiring inside the temple, the shepherd found an old woman. He then asked for some food and the old women gave her some pieces of bread in return. On his return to home, he was surprised to find that the food was converted into gold. He then handed these to the King and narrated the whole story to him. On that night, the goddess gave darshan to King in his dreams and ordered him to build a temple of goddess Saraswati and informed him that her darshan will heal all the agony of the devotees and will fulfill any wish of the devotees. After then, the King immediately established the temple on the hill. 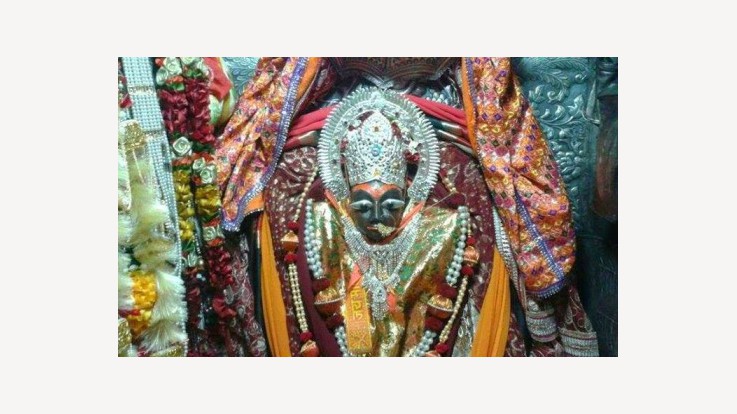 The temple has 1063 steps to climb from the hill. So you can climb up the steps to have the darshan of the Sharda Mata or you can even use a rope way to reach there. There is an ancient inscription on the foothills of the temple. The temple has an idol of Lord Narshimha. The idols in the temples were established by the Nupula Deva in 502 A.D.

By Road:-Most of the cities are connected to Maihar with bus like Kanpur, Lucknow, Bhopal, Indore, Mumbai, etc.

By Rail:-Maihar Railway station that forms the part of West Central Railways is served by many cities in Madhya Pradesh along with some others from states like Uttar Pradesh and others. However, Jabalpur Railway Station serves as major railhead bustling with crowd especially during Navratras.

By Air:-Domestic Airport of Jabalpur (160 km) and Khajuraho (140 km) serve as the nearest points for flight landings. From here, the city is a small distance away, which could be covered either by train, bus or car.

Hotels, rooms and rest rooms are available at reasonable cost near the temple. Online booking facility is also available.