The sacred temple of Sheetla Mata is located near Gurugram Bhim Kund at Gurugram village in Haryana. Thousands of devotees throng the temple throughout the year. Sheetla Mata Mandir is also known as a ‘Shakti Peeth’. The presiding deity is Goddess Sheetla. The idol of the goddess is carved out of an alloy. The gold plating gives a dazzling effect to the idol. The temple premises houses a Satsang Bhawan hall where religious programs, meditation, and Yoga programs are held. 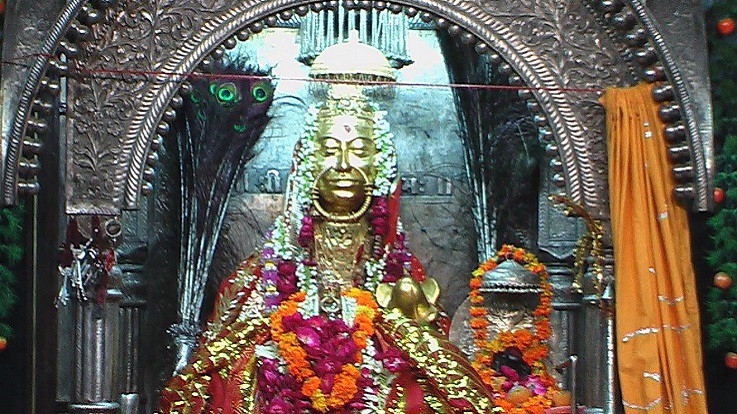 The current temple was built by the Jat king Jawahar Singh of Bharatpur state to celebrate his victory over Delhi for which he had sought the blessings of Sheetla Mata. Sheetla is a Sanskrit term which means ‘one who cools’. It is believed that if Goddess Sheetla is worshiped with faith, she dispels smallpox. Sheetla Devi is also known as Bhagat Lalita, Masani Mata or Pox-Goddess.

There are many legends associated with the present temple of Sheetla Devi. According to a folklore, once there was a poor man who had a beautiful young daughter. A Mughal king wanted to marry her. The poor man was reluctant to marry his daughter with the Mughal ruler. He approached King Surajmal of Bharatpur for help. The king refused to interfere. Hence, the poor man approached Prince, son of King Surajmal. The prince revolted against his father. He prayed at Sheetla Mata Mandir and pledged to build a temple if he came back victorious. He won the battle and this present temple was built. 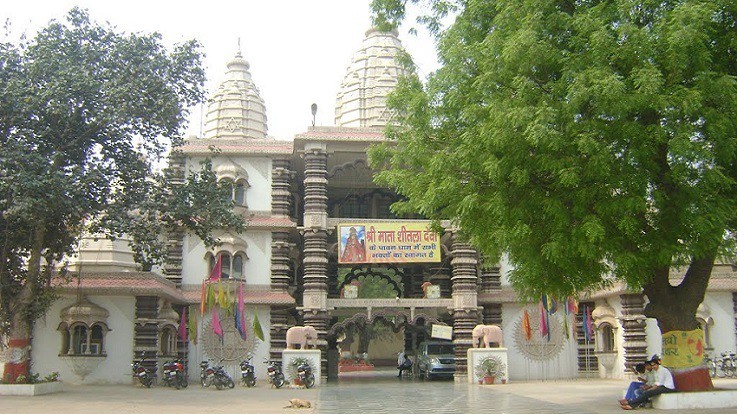 Another version of the same story says that when the prince and his army marched towards Delhi, after passing Vallabhgadh, the horses refused to move further. Hence, an astrologer was consulted. He said that this happened as after entering Gurugram, they didn’t perform puja for Devi. This angered her and the horses refused to move further. A proper puja was conducted and the horses started moving. The prince decided to build a temple on his victorious return. 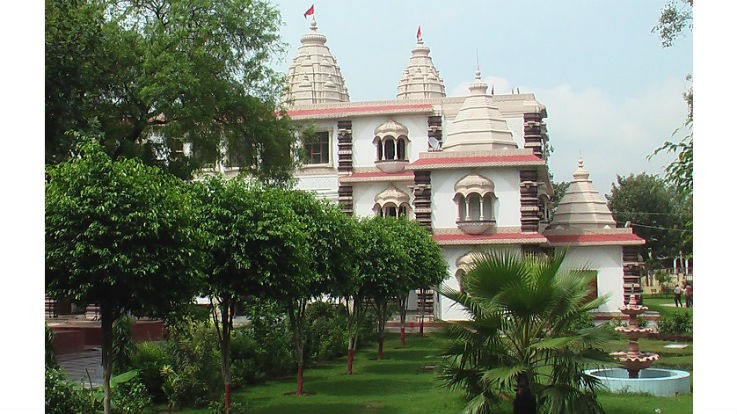 Sheetla Ashtami is observed on the eighth day of the bright half of Chaitra month. The women visit the shrine of Goddess Sheetla to offer rice, homemade sweets, and holy water mixed with milk. Fairs are held on the occasion of Sheetla Ashtami near the shrine of Sheetla Mata. People also visit this temple to conduct the ‘mundan’ ceremony of their children. Married couples come to seek the blessings of Goddess for their happy married life.

By Air: Indira Gandhi International Airport is the closest airport to the temple.

By Train: The closest railway stations are New Delhi & Nizamuddin.

By Road: Buses and taxis are available to access the temple. Gurgaon has well built and well-connected network of roads.